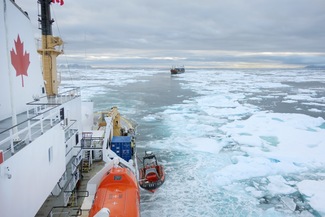 OTTAWA – The Canadian government has formally confirmed its support for a global ban on heavy fuel oil in Arctic waters to help reduce the environmental impacts of increased marine shipping in the North. Such a ban has existed in the Antarctic region since 2011.

As the Pollution Prevention and Response (PPR) Sub-Committee of the International Maritime Organization was meeting in London this week, Marc Garneau, Minister of Transport, and François-Philippe Champagne, Minister of Foreign Affairs, announced they will be seeking a phased-in approach of the ban as Canada discusses with IMO countries ways to help balance the environmental benefits with the economic realities of northern, Indigenous and Inuit communities.

Analysts consider the ban will result in increased shipping costs that carriers will seek to pass onto customers in northern communities already hit by lower incomes and much higher costs for food and other supplies than fellow Canadians south of the 60th Parallel. In this connection, the government of Nunavut rapidly indicated Tuesday (Feb. 18) that it will be seeking compensation.

With Russia presently the sole holdout, Canada will be the seventh Arctic country to back a proposal that has been championed by environmental groups and the Inuit Circumpolar Council in recent years but has faced criticism from Canadian shipping companies involved in Arctic sealift operations. (See MM web report on Feb. 17, 2020 including views expressed by Suzanne Paquin of NEAS.)

Transport Canada said it has conducted a domestic impact assessment of the proposed heavy fuel oil ban in the Arctic, based on the methodology agreed upon at an IMO committee meeting in February 2019. The impact assessment is available on the Let’s talk marine fuel in the Arctic webpage. Visitors to this website are invited to have their say on how Canada can best reduce the environmental, economic and social risks associated with the use of heavy fuel oil in the Arctic.

“Canada is proud to play a leadership role at the International Maritime Organization by supporting this ban and is committed to continue working with other countries, northern residents and marine stakeholders to help reduce economic impacts on northern communities,” said Mr. Garneau.

Transport Canada held, and continues to hold, consultations with Indigenous and Inuit communities, industry, environmental non-governmental organizations, provincial/territorial governments and other federal government departments about the use of heavy fuel oil in the Arctic.

Among the key facts accompanying the announcement, Transport Canada notes: “As heavy fuel oil does not evaporate as quickly as other fuels, it is more likely to be trapped in ice, which can make recovery very difficult. Heavy fuel oil is generally used by bulk carriers serving mines, general cargo vessels, and tankers servicing communities.”

Transport Canada estimates the average Nunavut household will see an increase of up to $649 a year due to more expensive replacement fuels. Sealifts used by families to bring in bulk supplies of non-perishable commodities from the south would cost an extra $1,000 for a six-metre shipping container.
“The cost of banning the use and carriage of heavy fuel oil in Arctic waters shouldn’t further add to everyday expenses like food, household items and materials,” Catriona MacLeod, press secretary for Nunavut Premier Joe Savikataaq, said in an email reported by Canadian Press. “The government of Nunavut will advocate that any ban include measures to help offset the cost to Nunavummiut and industry.”

The Inuit groups suggest refunds, tax credits or subsidies to ease the impact on northerners. “Leaving our marine environment unprotected is not an option, nor is offloading costs for environmental protection to the communities,” they said. (Photo by Canadian Coast Guard shows a CCG ice-breaker accompanying a commercial freighter through icy waters in the Arctic.) 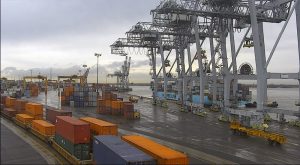 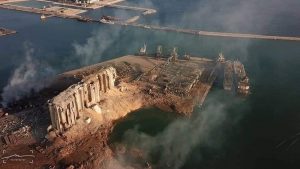 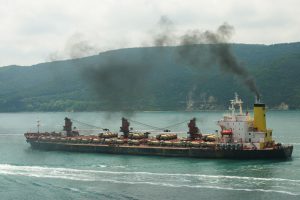 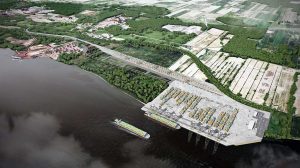