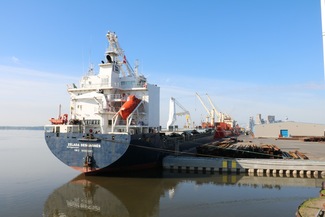 “We owe this second consecutive record year to our partners, users, workers and customers. It is through their efforts to optimize operations and increase productivity that we can achieve such results. We would like to thank them”, said Mr. Gaétan Boivin, President and CEO of the Port of Trois-Rivières.

“The environment and innovation are cornerstones of the On Course for 2030 development plan. With these funds, we are introducing concrete means to support our users and customers in the implementation of profitable projects at the Port and throughout the community”, added Mr. Boivin.