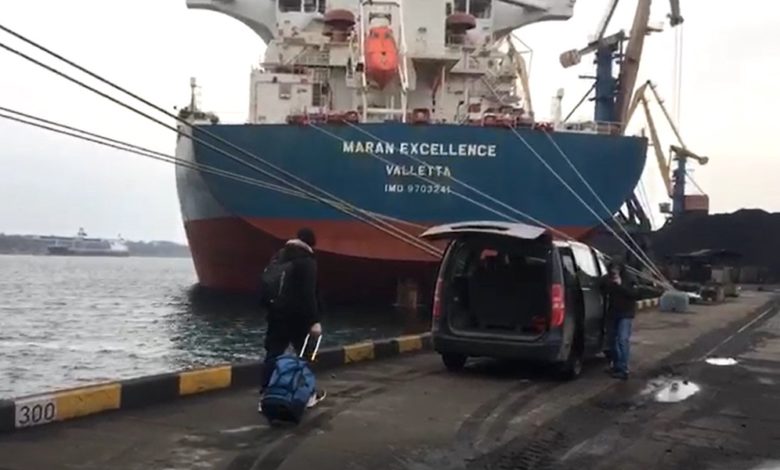 Estimates suggest there are more than 2,000 seafarers stranded in Ukrainian waters in an increasingly dangerous situation with Russia tipped to shortly launch a full-scale assault on Odessa, Ukraine’s top port, Sam Chambers of the Splash247 news platform reported today.

Latest data from shipping platform Sea/ shows there are still 100 merchant ships in Ukrainian waters this morning, down by more than 50% since the conflict started 12 days ago. All Ukrainian ports have been closed since the conflict started with ships at berth unable to leave. Embassies and consulates have been working around the clock to get affected crew out of the country.

The Joint Negotiating Group (JNG) and the International Transport Workers’ Federation (ITF) last week designated areas in the Black Sea and the Sea of Azov as Warlike Operations Areas triggering an increased security level and other entitlements for seafarers in the war zone.

The 28 crew of the Banglar Samriddhi bulk carrier who survived a missile attack which killed a colleague last week made it to Bucharest over the weekend while Filipino diplomats have been coordinating the repatriation of many crew including the 21 people onboard the S-Breeze bulker, which was undergoing repairs at a yard in Odessa when Russia went to war.

Ukraine’s president Volodymyr Zelensky warned on Sunday that Russia is preparing to bomb Odessa. Russian naval forces and helicopters have been spotted near the city’s beaches.

Russian troops continue to bombard another port city, Mariupol on the Sea of Azov, where conditions are reported as dire with no electricity, heating or communications for the encircled citizens.

To date, Splash has reported on five merchant ships coming under attack since the war got underway on February 23 with one confirmed seafarer death.

Ukraine’s State Border Guard Service released a video of crew being evacuated on Saturday from the port of Yuzhne, which lies some 15 km to the east of downtown Odessa. Just shy of 40 crew from four international ships were moved, including Greeks, Filipinos and Romanians.

With crew movement impossible out of Ukraine and becoming much harder logistically for Russians too, ship managers have started to ask their staff at sea to extend their current contracts to fill any immediate gaps.

A number of Ukrainian crew around the world are keen to end their contracts early to go home to fight. Moreover, given that men between the age of 18 to 60 years are not allowed to leave Ukraine and airports and ports are closed there is no chance of replacing those returning home with fellow countrymen. (Photo from State Border Service of Ukraine)