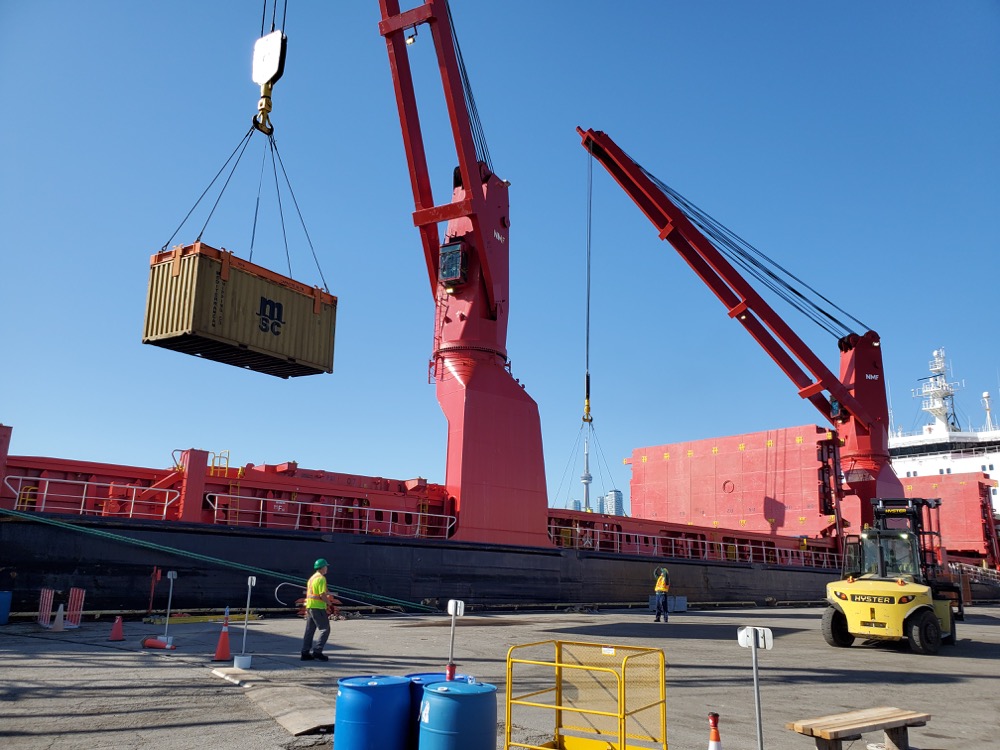 The Claude A. Desgagnés self-unloading geared vessel departed early Sunday from Toronto after being the first ship in over a decade to transport containerized goods from Montreal to Toronto via the Great Lakes-St. Lawrence Seaway system, port spokesperson Jessica Pellerin told Maritime Magazine today.

Part of the fleet of Groupe Desgagnés, the ship arrived last Thursday with a load of 375 containers, with Logistec Stevedoring on Thursday, Friday and Saturday handling the unloading operations as well as the loading of the containers onto trucks for delivery to receivers in the Greater Toronto Area.

“Carrying much of the food, construction materials and other resources that the Greater Toronto Area needs to keep it moving during these challenging times, this important delivery builds on the port’s many successes in recent years, including a record year in 2019 during which the Port of Toronto saw its highest recorded bulk cargo levels in 15 years, and demonstrates our readiness to receive container shipments in future in order to continue to support our region’s supply chain,” Mr. Wilson stated.

Discussions are ongoing for a possible second, similar shipment in November, said Alexandre Beauchamp-Parent, President of Navigation Desgagnés, while indicating that a liner-type service was not in the cards for the moment.

“We are always looking for creative solution opportunities and alternative options to transportation problems,” he said, adding that the self-unloading geared ships used by Desgagnés during the summer Arctic sealift operations prove to be an excellent fit for the shortsea Montreal-Toronto container route. (Photo PortsToronto)