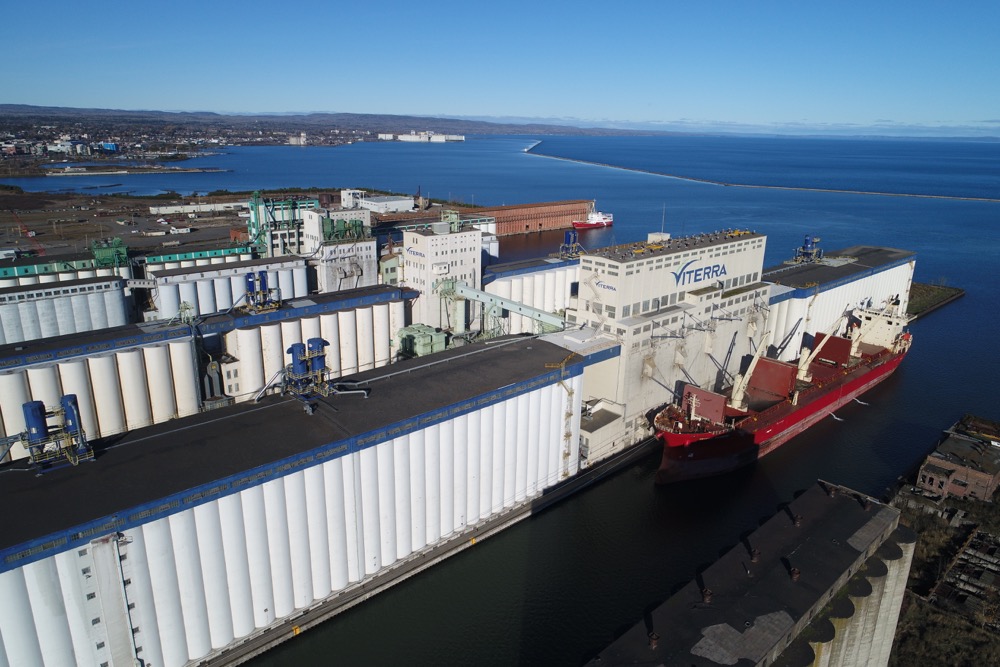 Prairie grain farmers are fulfilling increased demand for Canadian grain in Europe and North Africa thanks to an efficient supply chain and ready capacity at the Port of Thunder Bay. Grain elevators in Thunder Bay, Canada’s furthest inland port, are experiencing a surge in grain throughput. Cargo statistics for the April 1 to April 30 period, the first month of the 2020 Seaway season, show grain volume exceeding 1.2 million tonnes compared with the year earlier 880,412 tonnes.

Another highlight was the strong increase in general cargo volume at Keefer Terminal to 5,500 tonnes from 2,077 tonnes. Total traffic amounted to 1,142,564 tonnes versus 905,885 a year earlier. There was also a big rise in domestic and foreign vessel calls – 61 versus 45.

In a press release, the Canadian port at the tip of Lake Superior noted that the global pandemic has created voids in grain supply as some countries restrict exports and consumers stock up on staple foods. Amid the pandemic, with enhanced precautionary measures in place, partners along the supply chain from Canadian farm to merchant ship are demonstrating the commitment of the Canadian grain industry to fill the increased demand.

Railed to port elevators in hopper cars, grain is loaded in Thunder Bay to Great Lakes-plying “lakers” and ocean-going “saltie” vessels. Lakers deliver to export elevators in the St. Lawrence River and to Great Lakes ports for domestic and U.S. consumption. Salties load for direct export overseas. The sharpest increase has been in direct exports; deliveries to ports in France, Italy and Morocco have all risen.

“The capability of this supply chain and the commitment of the partners all along the supply chain, are really shining through during this unprecedented time,” says Tim Heney, Chief Executive Officer at the Port of Thunder Bay. “The railways, stevedores, grain elevators, inspectors, and mariners to name a few, are handling increased trade despite the challenges posed by the pandemic. They are keeping commodities flowing to parts of the world that could otherwise see a food shortage.”

The 2019 crop produced the second-largest harvest on record for Western Canadian farmers. On-farm stock at the end of December was at record-high levels.