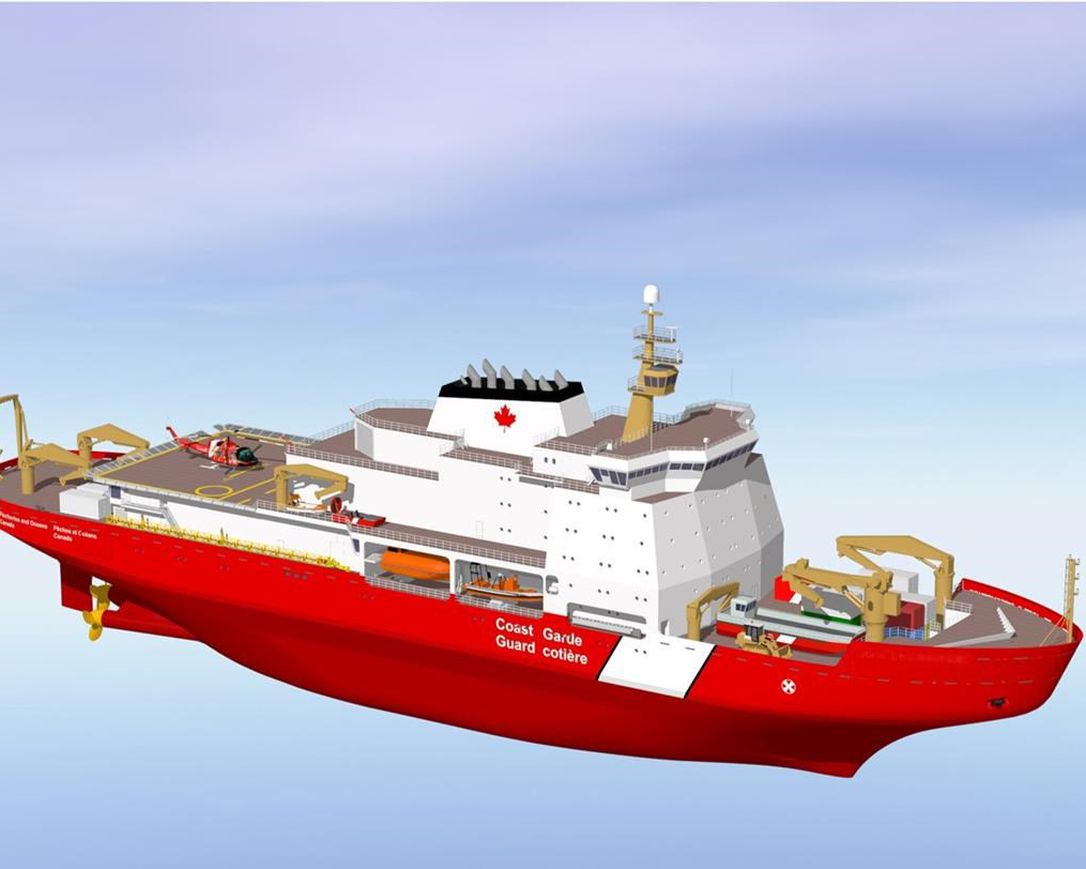 Parliamentary budget officer Yves Giroux today released a report estimating that Ottawa’s recent decision to build two polar icebreakers for the Canadian Coast Guard will cost $7.5 billion. Main contributing factors are skyrocketing shipyard costs plus the government’s decision, announced last May, to build two polar icebreakers instead of the one originally ordered in 2013 and evaluated at $1.3 billion.

The other heavy icebreaker is slated to be built by Davie Shipyard in Lévis, Quebec that ardently sought to be chosen for the task given its long past experience in building naval and coast guard vessels. But despite evidence of bouncing back from financial issues, Davie was shut out in 2011 when the two National Shipbuilding Strategy (NSS) winners were named (Seaspan and Irving).

Davie is expected to soon successfully complete the formal selection process as the third partner for large ships under the NSS.

According to a Canadian Press report, Mr.Giroux told reporters during a briefing that the plan to have the two ships built at different shipyards — Seaspan Shipyards in Vancouver and Quebec-based Chantier Davie — will add between $600 million and $800 million to the overall cost.

“In naval construction projects, there are economies of scale and learning factors that would be accrued should the contract be to the same shipyard,” he said. Splitting the contract, he said, “will not lead to these natural learning improvements.”

Mr. Giroux acknowledged that the government’s determination to build ships in Canada rather than overseas comes with a “significant premium” in terms of cost. “It’s a question that’s eminently political, because there are regional benefits that need to be taken into account and also the issue of national security when it comes to maintaining the capacity to build these types of ships domestically.”

Other factors identified by Mr. Giroux included delays in the entire project.

The government has argued that dividing the work will ensure the ships are delivered faster. The Giroux report suggests one icebreaker could be ready in 2030 while the second could be delivered in 2031. But that could be contingent on steel being cut in Vancouver by 2023-24. This could be problematic since Seaspan has constantly struggled to meet past deadlines. (Artist rendering image of future polar icebreaker by Canadian Coast Guard)