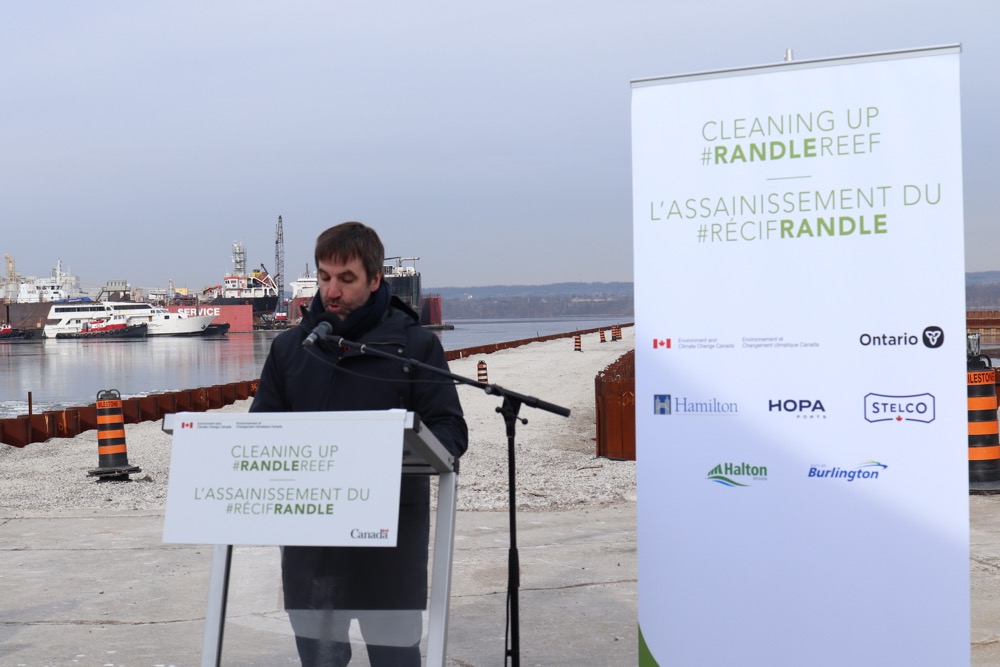 Hamilton, ON – Today, the Minister of Environment and Climate Change, the Honourable Steven Guilbeault, along with the Ontario Minister of the Environment, Conservation and Parks, the Honourable David Piccini, and the Deputy Mayor of Hamilton, Jason Farr, announced the successful completion of Stage 2 of the Randle Reef Remediation Project. This is a significant step to remove toxic substances and restore water quality and ecosystem health in the Hamilton Harbour Area of Concern.

As part of the third and final stage of the project, scheduled to begin in fall 2022 and be completed by 2024, a multi-layered environmental top will be placed on the ECF as a final step to isolate contaminants. Once complete, the area will provide valuable new port land that will be managed by the Hamilton–Oshawa Port Authority, contributing to economic growth for the community.

The Randle Reef Remediation Project is a joint initiative involving the Government of Canada, the Province of Ontario, the City of Hamilton, Halton Region, the City of Burlington, Hamilton–Oshawa Port Authority, and Stelco. The $138.9-million cleanup is funded through a publicprivate approach, with the federal government and the Province of Ontario each contributing a third of the funding and the remaining third collectively funded by local partners.

The multi-year remediation plan, led by Environment and Climate Change Canada, focuses on removing and containing toxic sediment in the Reef area of the harbour, a legacy of the intense industrial and urban development around its shores dating back to the 1800s.

The Government of Canada and the Province of Ontario are collaborating and coordinating efforts to restore, protect, and conserve the Great Lakes through the Canada–Ontario Agreement on Great Lakes Water Quality and Ecosystem Health (COA). Canada and Ontario have committed to completing all remedial actions in six Great Lakes Areas of Concern by 2026. The Government of Canada is also implementing a strengthened Freshwater Action Plan with a historic investment to protect and restore large lakes and river systems, starting with the Great Lakes–St. Lawrence River System.