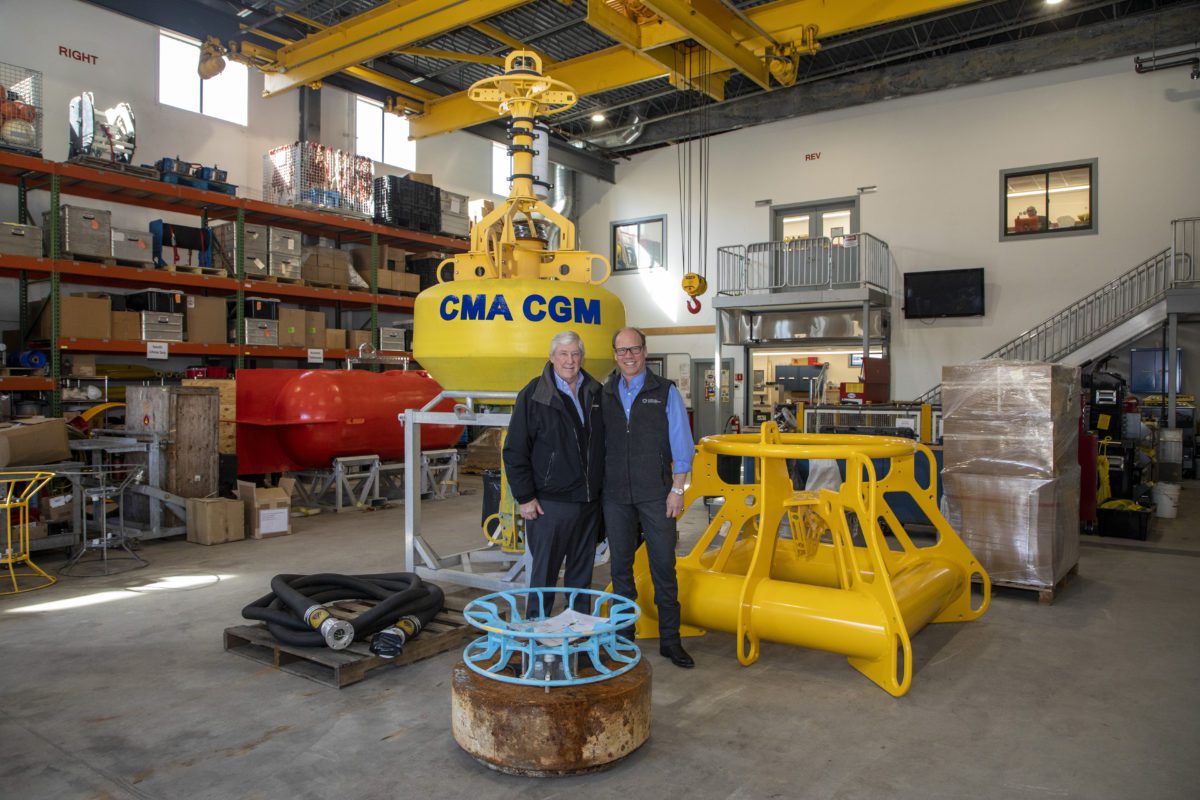 The CMA CGM Group, a world leader in shipping and logistics, announced its partnership with Woods Hole Oceanographic Institution (WHOI) to increase right whale detection efforts along the U.S. East Coast. With funding from CMA CGM, WHOI researchers will assemble and deploy two, near real-time passive acoustic monitoring buoys off the coast of Norfolk, Va., and Savannah, Ga., this year.

Although North Atlantic right whales are protected under the Endangered Species Act and the Marine Mammal Protection Act, serious threats to their survival abound, and only approximately 336 of these great whales remain. The installment of the buoys aims to aid in the endangered species’ survival.

Locations off the coast of Norfolk and Savannah were chosen for the new systems because the ports are among the busiest in the United States, which often puts ships directly in the path of migrating whales. The new buoys will fill a critical gap in monitoring along the East Coast.

In addition to construction and deployment of the new buoys to alert mariners of the presence of whales near critical U.S. ports, CMA CGM and WHOI will lead the development of an industry consortium focused on reducing risks to right whales from vessels and supporting the continued operation of the WHOI-developed digital acoustic monitoring (DMON) buoys. This unique collaboration started in the United States thus aims to have a global impact by significantly improving marine mammal protection worldwide.

This collaboration reaffirms CMA CGM’s commitment to preserve marine biodiversity in the United States and worldwide. On the East Coast of the United States and Canada, CMA CGM requires its vessels to reduce their speed to a maximum of 10 knots in certain areas recognized as breeding grounds for marine cetaceans.

On the West Coast, CMA CGM has voluntarily committed to the “Green Flag” speed-reduction program that was introduced in the sanctuary near the Santa Barbara Islands. Wherever possible, the Group strives to lower its speeds and thus limit the risk of collision in these cetacean-protection sanctuaries.