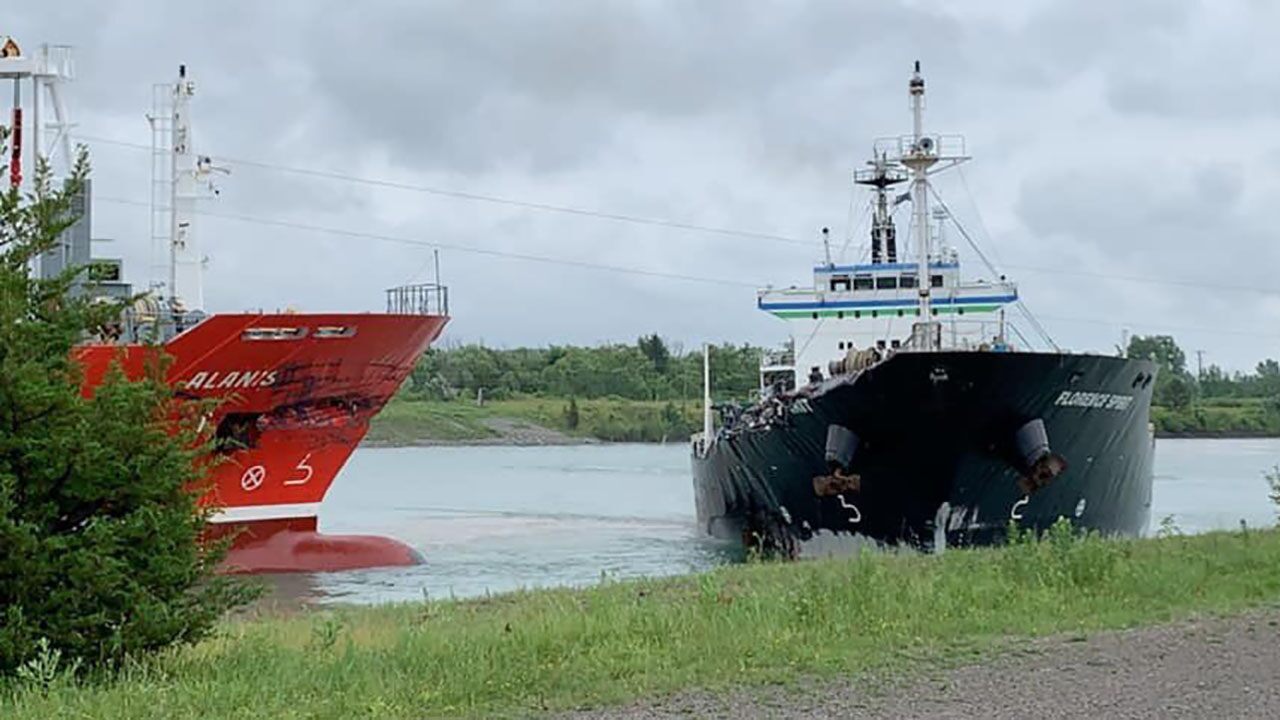 On July 12, 2020, the Alanis and the Florence Spirit collided as they were heading in opposite directions on the Welland Canal that connects Lake Erie to Lake Ontario. Photo: Archives Maritime Magazine

An online dashboard developed by the Clear Seas Centre for Responsible Marine Shipping (Clear Seas) provides a comprehensive, first-of-its-kind publicly available picture of marine shipping incidents and accidents in and around Canadian waters.

“Simply put, we need to be able to look to what happened in the past to anticipate andprevent what could happen in the future,” says Paul Blomerus, Clear Seas’ Executive Director.

“By learning from previous events, we’ll be able to better assess risk, and help ensure safer,more responsible marine shipping.”To create the Marine Incidents and Accidents dashboard, Clear Seas accessed more than 140,000 reports of vessels involved in marine events, which were filtered to create a spatial data set of cargo ships, tugboats, cruise ships and ferries involved in occurrences over a 10-year period from January 2009 to December 2018. The dashboard focuses on events involving commercial shipping, so fishing and government vessels as well as pleasure craft are not included.

Of the 5,220 vessels involved in incidents or accidents that occurred in this period, 157 were considered serious accidents. “This relatively small number of serious incidents over the span of a decade should reassure Canadians that we have a safe maritime transportation system and robust regulations in place,” Blomerus says. Public opinion surveys conducted for Clear Seas show that the safety of commercial marine shipping is a key concern for Canadians. This is especially true when it comes to commercial vessels carrying hazardous materials or oil as either cargo or fuel.

And the threat of pollution from an accident doesn’t just come from Canadian waters. Some of the heaviest marine shipping traffic areas such as the Salish Sea and Great Lakes include both Canadian and U.S. territory. “With changing winds and tides, disabled ships and pollution don’t respect international boundaries,” says Blomerus.

For this reason, the project team pulled together data from the Transportation Safety Board of Canada (TSBC), the U.S. Coast Guard and the U.S. National Transportation Safety Board. The creation of the dataset that forms the dashboard is an important development in collating and charting North American maritime incidents and accidents in a common format and presenting those results on a map.

Blomerus says that the power of the Clear Seas dashboard means that a range of users from a member of the public to a professional risk analyst in the marine industry can use it to understand trends and distributions in any area of interest. “We hope this will help users understand the breadth and scope of marine incidents and accidents in Canada, and in doing so contribute to a safer marine environment,” he says.