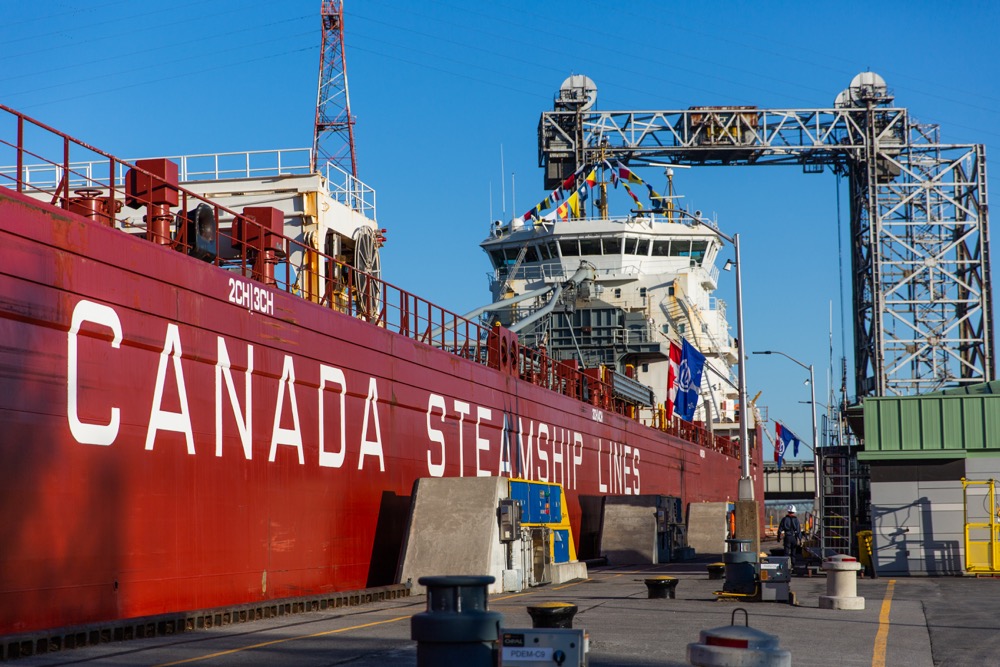 SAINT-LAMBERT, QC – The St. Lawrence Seaway Management Corporation (SLSMC) staged the opening of its 63rd navigation season today.  The CSL Group’s Baie St. Paul, a Trilliumclass Laker, was the first ship through the St. Lambert Lock in a virtual opening ceremony attended by a number of dignitaries, including the Honourable Omar Alghabra, the Canadian Minister of Transport, and the Honourable Pete Buttigieg, U.S. Secretary of Transportation.

With its outstanding reliability, reduced ecological footprint and strong safety record, the Seaway is ready to partner with Canadian and US industries and communities to help the global economy recover.

“The St. Lawrence Seaway has been a cornerstone of Canada’s economic success for more than 60 years, through the creation of thousands of middle-class jobs, and the generation of more than $9 billion in Canadian economic activity,” said Mr. Alghabra. “This valuable partnership and trade route will play a vital role in our efforts to building back better through strong economic recovery.”

“Moving goods by water through the Seaway ensures trade is flowing freely between the U.S. and Canada while also reducing emissions,” said U.S. Secretary of Transportation Pete Buttigieg. “After 62 years of operation, the binational Seaway System remains a model of international cooperation and partnership and showcases how we can work together to address the challenges of climate change.”

Moving forward, the Corporation will continue working with national and international carriers and shipping companies to maximize opportunities to diversify its cargo base and increase volumes, as well as reinforce its reputation as a leader in the North American transportation system.

“Commercial navigation on the Great Lakes St. Lawrence Seaway System is an economic foundation of the U.S. and Canadian economies,” said Craig H. Middlebrook, Deputy Administrator of the U.S. Great Lakes St. Lawrence Seaway Development Corporation.  “A ship transiting the Seaway’s 15 locks from Montreal to Lake Erie crosses the international border 27 times, and the U.S. Department of Transportation and Transport Canada work closely together to ensure that this transit experience is as safe and seamless as possible.” 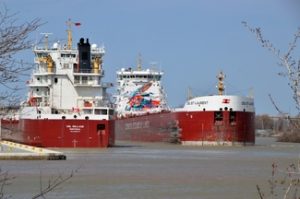 During the opening ceremony, Louis Martel, President and CEO, The CSL Group, announced that CSL will be testing second generation biodiesel on half of its fleet over the course of the 2021 navigation season – a first for the Great Lakes shipping industry. These tests are a follow-up to the successful trials of B100 biodiesel fuel on the main engines of two CSL ships last year.

Some 38 million tonnes of cargo transited the St. Lawrence Seaway in 2020, which closely matched 2019 results.  The stringent protocols put in place by the Seaway and by carriers early in the pandemic resulted in no interruption in service due to COVID-19.  The protocols will remain in place until the pandemic is contained.

It is expected that there will be an uptick in global economic growth in 2021.  On the heels of last year’s record harvests, grain shipments are expected to be strong early in the season.  Iron ore and steel will be shipped via the Seaway to factories in Canada and abroad, and massive wind farm equipment will continue to be transported via the Seaway.

More and more industries are turning to maritime transport because of its reliability, and its smaller carbon footprint makes it the greenest, most forwardlooking transportation option.

The introduction of handsfree mooring systems and the remote operation of locks are examples of the Seaway’s technological innovations aimed at increasing the competitiveness of the waterway. “As a major partner in the maritime industry, the Corporation is always seeking ways to innovate and reduce the environmental impact of maritime transport, to offer improved client experience and to broaden its competitive advantage,” said Mr. Bowles. (photo Alexanne Brisson)

The arrival of Baie-St-Paul in Saint-Lambert can be seen HERE.