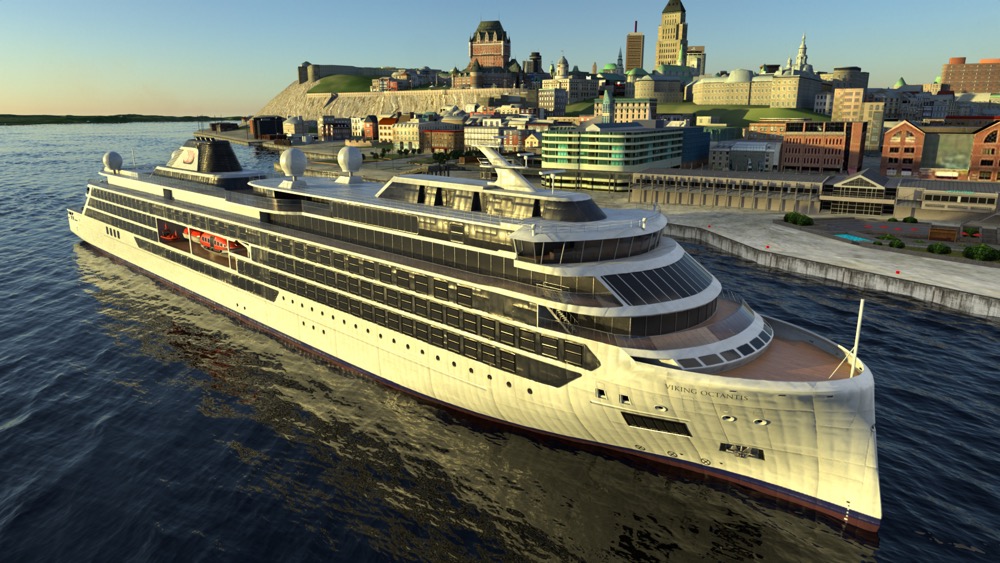 Quebec City — Following the Great Lakes Pilotage Authority (GLPA) initiative and with Viking Ocean Cruise’s participation, the Maritime Simulation and Resource Centre (MSRC) has been commissioned to create the mathematical model of the new cruise and exploration vessel, the Viking Octantis.

The MSRC has also developed new geographic databases of the locations that will be visited by the vessel, adding to the extensive portfolio already developed over the past 15 years for GLPA pilot training. Participants can now navigate the Georgian Bay including the ports of Little Current, Parry Sound and Midland. Also included are the Keewenaw Waterway, the Port of Duluth, and the Port of Milwaukee.

“We have the ability to produce custom navigation locations and ship models to match reality as closely as possible,” declared Paul Racicot, Director of the MSRC. “Our in-house resources allow us to make immediate, last-minute changes to the ship model and databases if the need arises.”

From the first trials of the ship model, Captain Anders Steen, commander of the Viking Octantis, concluded: “The model is realistic and matches what I experienced on the real ship. I’m looking forward to starting the simulations together with the pilots.” Following these tests, the Viking Octantis was immediately put to use in the simulator, allowing everyone to begin familiarization.

Through navigation simulations, this proactive training was undertaken with the intent of not only introducing the Masters of the Viking Octantis—who will command the vessel on the Great Lakes in 2022—to the Seaway/Great Lakes system, but also providing pilots from the five GLPA districts with the opportunity to become familiar with a brand-new type of vessel.

Its size, the type of propulsion and the multiple destinations require thorough preparation to ensure safe navigation for the passengers, the crew, and the environment. The cruise ship is the first of its size to travel this region and spend a full summer on the Great Lakes.

Designed for optimal transportation through the locks of the Seaway and Welland Canal, the Viking Octantis is equipped with two Azipods and three bow-thrusters that can be controlled by a dynamic positioning system. An advantage, however, that requires adjustment and familiarization on everyone’s part.

“It is important that our pilots become familiar with Viking’s Bridge Resource Management procedures and that the masters fully understand the legal role of the pilot. The propulsion and dynamic positioning system also requires adaptation, especially in the locks. Masters and pilots worked in a positive and collaborative way to understand each other’s roles, responsibilities, and limitations. We are very pleased with our initiative and look forward to a long collaboration between the GLPA and Viking,” declared Christian Ouellet, Director of Operations with the GLPA who was present during the training.

Finally, it is important to note that, in building exploration cruise ships specifically designed for the Great Lakes market, Viking Ocean Cruises is proving its audacity and leadership. They will offer cruisers the opportunity to discover exceptional natural sites, including the exploration of the ocean floor aboard small submarines. They are opening the door to a whole new category of cruises. (Image by MSRC)