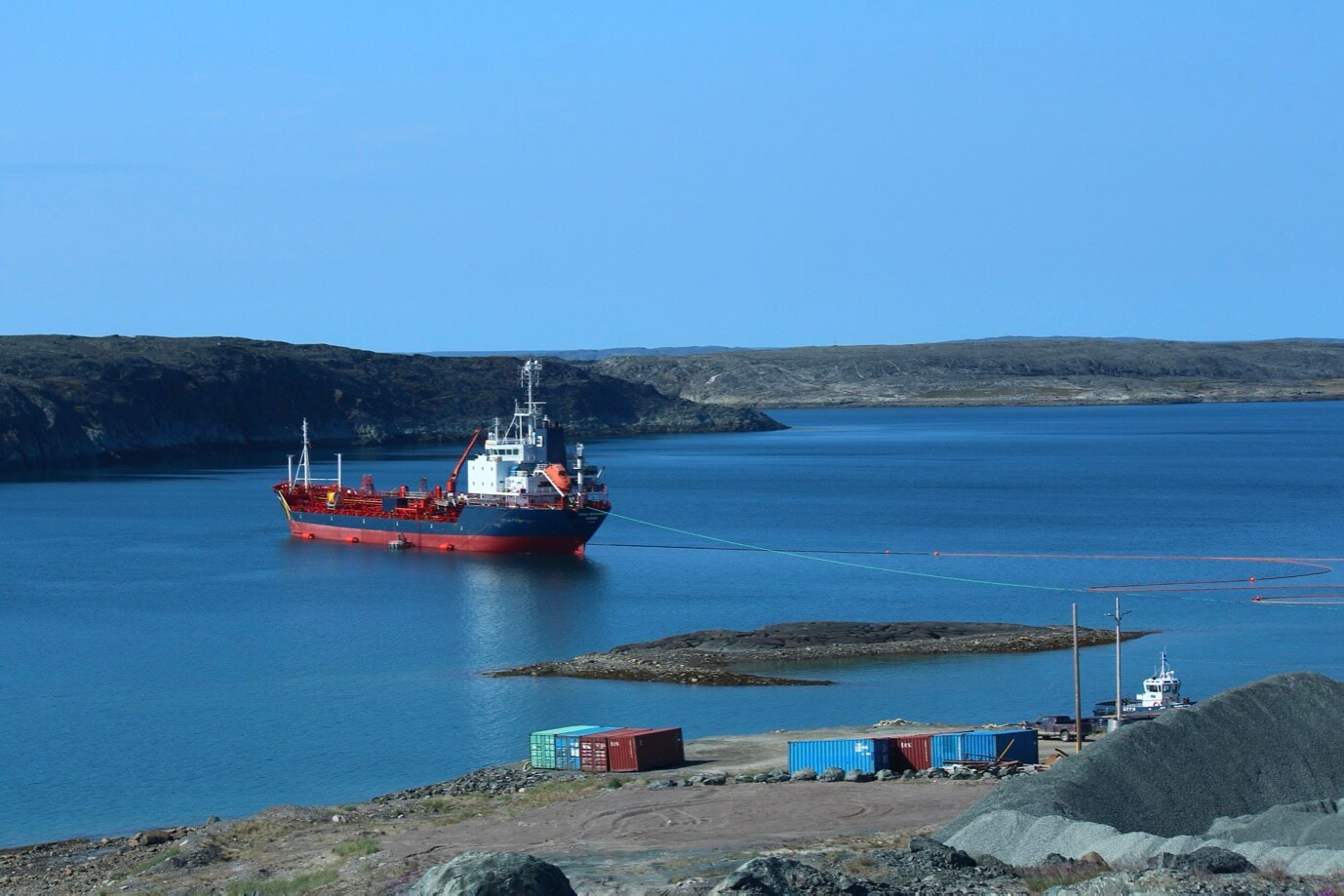 They battle ice-choked sea routes, a short summer sailing season – July to October – and a lack of ports and docks to offload vital supplies to remote towns and settlements in Canada’s Eastern Arctic. Everything from food to building supplies, to jet fuel, to vehicles and medical supplies for a long winter north of 60 is delivered by ship. Some 600,000 cubic metres of cargo are delivered yearly and the very survival of over 38,000 people in more than 40 communities across Nunavut and Nunavik from Iqaluit to Cambridge Bay depends on it.

There’s a lot that can go wrong but, this year, the sealift faced an even greater challenge: COVID-19 and the need to keep suppliers and those supplied free from the deadly virus that was sweeping the globe. 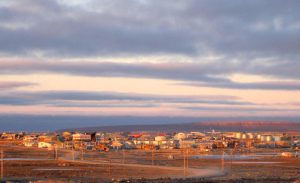 According to Serge Alain Le Guellec, President & General Manager of Transport Desgagnés, the re-supply planning started with its many stakeholders at the height of the Arctic winter in early 2020 just as the pandemic first arrived in North America.

The company, which is celebrating its 60th anniversary resupplying the Arctic, had to prepare ten vessels — including seven general cargo and three chemical product tankers. It was also essential that they open communication with governments in Nunavut about COVID-19, to be ready for the shipping season that was about to start in July.  “For the northern communities, it was paramount that those vessels coming up from the south with their mariners and their stevedores who unload the ships wouldn’t introduce COVID-19 into the communities,” says Le Guellec.

They prepared for every “what if?” Le Guellec said, “What would happen if a mariner gets hurt or comes down with the virus? How do we evacuate a mariner that is sick? If there is a COVID-19 case declared on board a vessel far from any settlement, what do we do?”

The starting point was to get the Quebec and Nunavut governments to agree that mariners assigned to the re-supply were a priority for COVID-19 testing. With these modified rules in place, the mariners could self-isolate at home for just five days before boarding the ship. They could continue the 14-day isolation period in lockdown while confined to the ship to eliminate the risk of transmission.

The threat of COVID-19 created a difficult environment according to Capt. Ivan Oxford, now in his eighth year as a master with Desgagnés.  With the crew operating at such close quarters, he didn’t want a repeat of the tragic outcomes that had occurred on cruise ships and in care homes earlier in the pandemic.

It was paramount that the the ship didn’t become an incubator for the deadly disease and spread it to Inuit communities where there were limited medical facilities.

While he’d normally be concerned with weather and tricky cargo transfers to barges, new dangers suddenly arose port-side during the loading phase in Montreal. That threat came in the form of the young shoreside stevedores who load and secure the cargo and who were reluctant to follow good preventative measures. Clearly, this could result in exposure for his crew.

Add to that the restrictions that prevented crews from seeing families in the period before departure, and that testing for COVID-19 was very invasive and often painful. “But the crew understood the importance of the process to protect the northern communities,” he said. 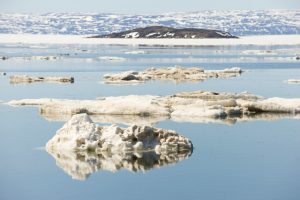 While new concerns about the pandemic were top of mind, Capt. Oxford knew that he still faced the usual serious dangers from the sea itself. As captain of the Miena Desgagnés, the newest vessel in the company’s fleet, which carries 12,000 tonnes of cargo and is reinforced to withstand the harshest ice, he knows it’s all about managing the risk.

But the ice risk is formidable. Ice comes in many different forms, and movement through it is aggravated by working and navigating close to shore and in darkness, battling strong currents and tides, with no pilotage services and limited access to weather forecasts.

Arctic mariners know that the Coast Guard’s marine communications and traffic services centre providing emergency 9-1-1 has their back and is only a call way. The “weather can turn on a dime,” says Assistant Commissioner of the Coast Guard’s Arctic Region, Neil O’Rourke, and they have access to eight icebreaking ships, air and satellite resources ready to go into action. Without that support, the ice haulers might not make their delivery, and these communities could face a humanitarian disaster.

Harsh Conditions, But Worth the Sacrifice

The tough conditions might wear on the morale of a less dedicated crew. The economic crisis had seen employment terms cut from the usual four or five months to just three, straining their earnings. Capt. Oxford says that it’s knowing that they are contributing to something greater that keeps crews coming back. “I think I can say that there is a great sense of satisfaction at the end of the season when the job is well done,” he notes.

It took meticulous coordination by industry, Transport Canada, the Canadian Coast Guard, the province of Quebec, and the regional governments of Nunavik and Nunavut, to keep the lifeline going. So far, it has paid off: nobody on the Desgagnés ships has contracted COVID-19 and, according to the government of Nunavut as of late-September, there have only been two confirmed cases of COVID-19 in the region and they were restricted to western Nunavut’s Hope Bay gold mine. The season ended earlier than usual for Capt. Oxford’s ship due to a scaled back mining season, but some ships will continue until the end of October when the ice returns.

And for the people and businesses of the Arctic, they can’t survive without it. John Jacobsen, President and CEO of the Tower Group of Companies, an iconic family-run Iqaluit construction business in operation for more than 70 years, says it best: “Well, I can certainly say that without the sealift what we do would be impossible. Without the sealift, we’d effectively be out of business. It’s our lifeline and our supply line and without it we can’t do what we do.”

Edward Downing is the Director of Communications at Clear Seas Centre for Responsible Marine Shipping. Serge Alain Le Guellec serves as a Director of the organization’s Board and Capt. Ivan Oxford is a member of its Research Advisory Committee. Their Twitter handle is @ClearSeasOrg