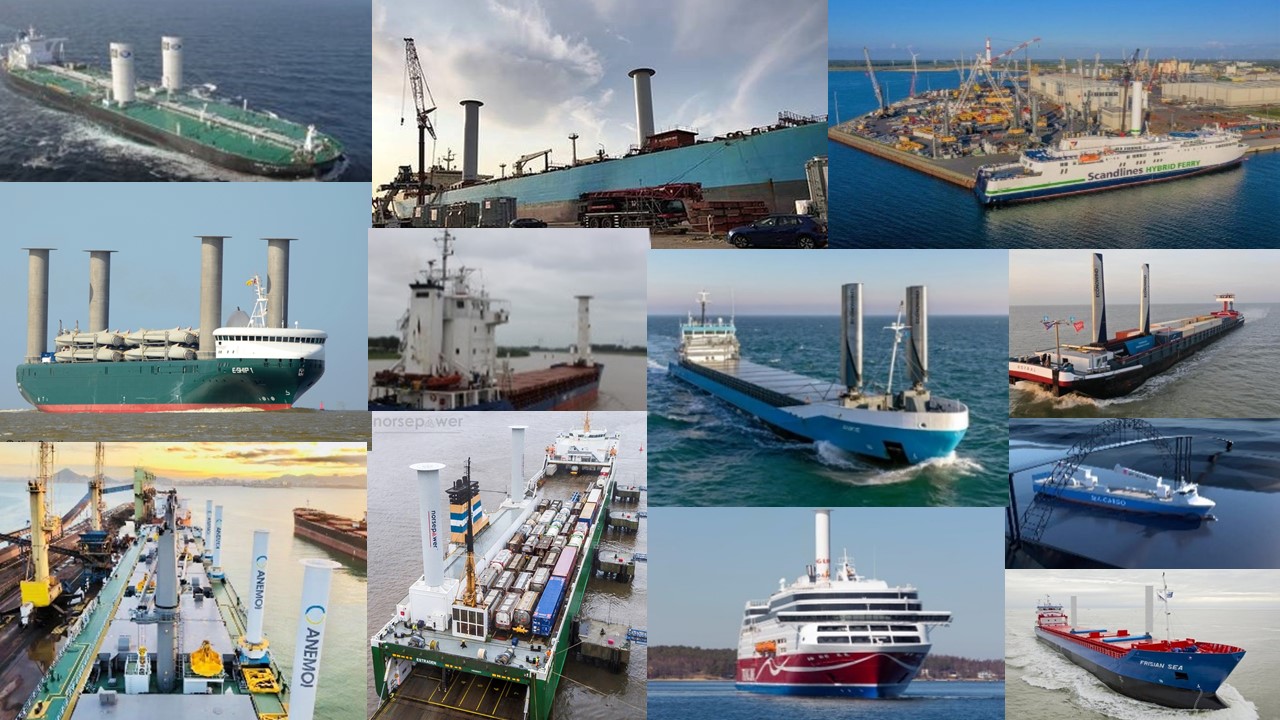 Shipping has faced some historically significant challenges this year, we opened the year with IMO 2020, the greatest change in fuel regulation in this century and we end the year still trying to come to grips with crew changes in such a time of crisis. How has the maritime technology sector fared? Well, here is a take on 2020 from a wind propulsion perspective:

Installations & Industry Engagement: It has been a bit of a breakout year, seeing large vessels using wind propulsion commercially enter double figures, from VLCC and LR2 Product tankers through Ultramax bulker to ferry/cruise, RoRo and general cargo, further bolstered by the 20+ small cruise and sail cargo vessels under sail already in operation. There has been a ground swell of interest from the industry especially in the second half of the year, with large vessel contract announcements and pending installations alone indicating this number will likely double yearly to 2023.

Pandemic Perspectives: We have learned some bitter lessons in lives and livelihoods lost, however other lessons bode well for a decarbonising future. Resilience is one, industry better understands efficiency is not the sole pathway to a sustainable future, decoupling economic activity from carbon is vital. A growing number of industry actors recognise a hybrid ‘propulsion’ approach is key and that shipping is unique in that it can use direct wind propulsion to help deliver on zero-emissions. At a more fundamental level, gone is the argument that ‘we can’t simply change the economy overnight’, as we have done just that. Decarbonisation is an imperative, but also a choice, and we now have the technology toolbox to deliver on that.

Delivering on Wind: All major classification societies are working with multiple wind propulsion projects and have developed comprehensive wind-assist technology guidelines which underscore that safety and operational robustness are at the heart of this new wave of wind propulsion technology. Two major projects have also started delivering this year. The WiSP project has completed the lions’ share of its work on transparent performance prediction methods and reviewing rules and regulations such as EEDI and will deliver full results next year. The WASP project, part funded by the EU Interreg North Sea region has already delivered two of its five retrofit installations, with three more pending in Q1 2021 along with extensive work on policy and market analysis.

Policy and Pathways: Here we see signs the ship is starting to turn. IMO had the MEPC75 Inf26 document submission outlining the potential of wind propulsion and IMO Secretary General Kitack Lim announced; “Zero emission shipping requires the development, widespread availability and affordability of new zero-carbon marine fuels or propulsion technologies, such as renewable hydrogen, ammonia or wind propulsion.” EU decarbonisation pathway work is also increasingly integrating wind into their calculations and the ICS’s recent ‘Catalysing the Fourth Propulsion Revolution’ report takes a wider stance than just a ‘fuel’ one with wind-assist centrally featured, as we have also seen in Japanese, French and UK government maritime decarbonisation reports too.  The carbon levy debate has also heated up with the industry backed call for a $2/ton/fuel R&D levy, the shipping inclusion in the EU ETS vote ($75-90/ton/fuel), and Trafigura’s levy proposal to the IMO ($750-900/ton/fuel) all ringfencing the proceeds. While still controversial, from a technology provider perspective, these are welcome changes reflecting the real cost of polluting whilst simultaneously directly incentivising and funding R&D and installation of low carbon alternatives.

Wind Propulsion Community: Last, but certainly not least, this is one of the most gratifying developments this year and lays a great foundation for years to come. The wind propulsion segment has grown significantly over the past 12 months, both reflected in International Windship Association membership (120+) but also in the ground swell of interest across the industry, academia, media and increasingly from the general public.

2020 has been a year with its up and downs, but the wind has been blowing steadily throughout and wind propulsion technology is positioning itself to be one of the prevailing energy trends in the transition to the zero-emissions fleet of the future. May the wind be with you!