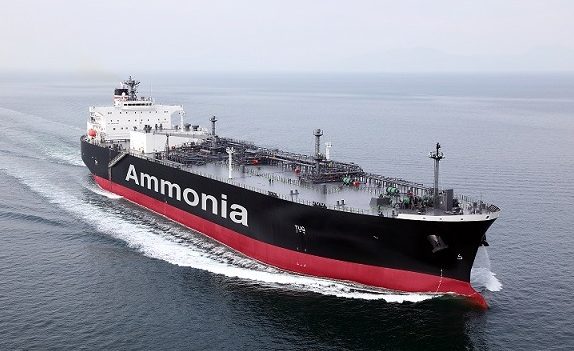 The maritime industry has no time to waste if it is to meet the International Maritime Organization’s ambition of at least halving emissions from international shipping by 2050. It will require commercially viable zero emission vessels to be operating along deep-sea trade routes by 2030. This is the goal of the Getting to Zero Coalition, which brings together more than 120 companies within the maritime, energy, infrastructure and nance sectors, supported by key governments and IGOs.

Produced by the Energy Transitions Commission for the Getting to Zero Coalition, a new report catalogues the barriers to the early adoption of zero-emission technologies throughout the entire energy value chain. More importantly, it calls attention to the key actions that first movers can take to make tangible progress towards zero emission pilots over the next three to four years:

3. Seize opportunities to repurpose and retrofit existing infrastructure and assets

4. Co-invest in critical equipment such as bunkering assets and vessels

5. Form consortiums with key value chain actors to establish voluntary offtake agreements and distribute cost across the value chain to the end-consumer

Though first movers will have to contend with higher investment and operational costs, the report shows that this can be mitigated through a green fuel premium, which would help distribute the additional cost throughout the value chain up to the end consumer.

“Despite the higher business to business costs of operating zero-emission vessels, the impact on end consumer prices is likely to be limited. The increase in the cost of a high-end athletic shoe will represent around 0,5-1% of the total cost,” says Michael Parker,Chairman, Global Shipping, Logistics & Offshore, Citi and Co-Chair of the Getting to Zero Coalition’s Motivating First Movers workstream.

“The economics of zero-emission shipping will depend massively on the cost of zero-emission fuels. Commitments from cargo owners to procure “green shipping” services at a premium price will be crucial to unlock a first wave of commercial scale projects. A combination of tactical corporate decisions to reduce fuel costs, enhanced public support for investment, and collaborations across the maritime value chain can also boost the commercial viability of zero-emission shipping for first movers“ comments Faustine Delasalle, Director, Energy Transitions Commission. 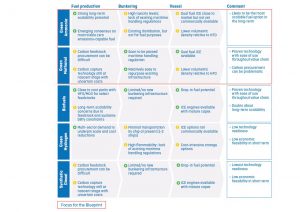 The report emphasizes that governments have to play a decisive role in supporting the shipping industry’s transition to zero emission. This ranges from direct grants, offering concessional loans to first movers, waiving electricity taxes and grid fees, co-investing in zero emission pilots, to exploring measures such as a carbon levy.

“Governments have a crucial role in incentivizing and accelerating shipping’s green transition. By supporting first movers, governments can help generate the technology learning and economies of scale that will allow the market to take over, similarly to the role governments has played within renewable energy technologies such as solar and wind,” adds Kasper Søgaard, Head of Research at the Global Maritime Forum, a Partner of the Getting to Zero Coalition.

The first wave of pilots will prove the technological and commercial case for zero-emission shipping, create demand signals for fuel producers and engine manufacturers, set the template for regulatory measures, and provide the foundations of the long-term infrastructure needed for the decarbonization of maritime shipping.

As explained, the specific set of partners involved in an end-to-end zero-emission pilot will vary by fuel pathways and vessel type, but a set of ‘core actors’ will need to be at the centre of any project. 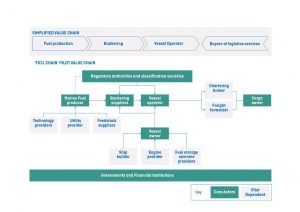 The analysis of the study focuses on green ammonia and green methanol use in pilots involving containerships, but insights are expected to be relevant for other potential zero-emission fuel options.

The study finds that, on a per tonne basis, the cost of green ammonia is approximately two and a half times the cost of conventional HFO fuel. 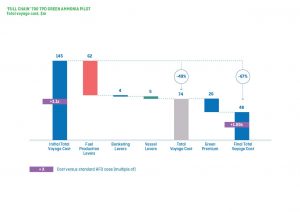 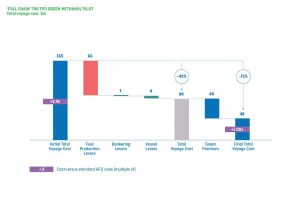 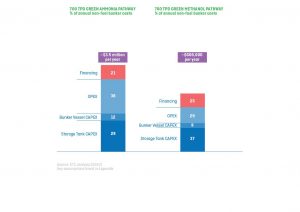 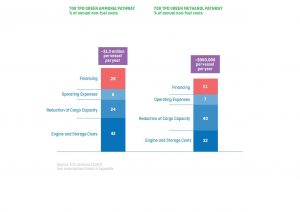 Correcting for energy density means that ‘first movers’ would face green ammonia costs around five times the cost of HFO. The cost increase would be similar to green methanol. High fuel cost subsequently cascades across the value chain and would represent more than 90% of total voyage cost for ‘first mover’ pilots.

Despite the cost difference relative to HFO, the potential cost to the end consumer of a shift to zero-emission shipping is relatively low, given that freight costs are generally a minute portion of consumer good prices, the study said.

For instance, the cost increase to a $100 high-end consumer product, such as a pair of shoes, would be less than +1.5% for both fuels.

This price impact suggests that the cost of decarbonization for the maritime sector – even for the first wave of ‘full ecosystem’ pilot projects – can be managed through relatively modest price increases for end-use markets and consumers.

“Finding ways to pass through this cost to consumers despite the global and competitive nature of the maritime sector will be key to bring zero-emission shipping closer to market; and lowering the cost premium associated with the first wave of commercial-scale pilots should make it easier for ‘first movers’ to develop a viable business model,” the study said.

Exhibits from the report can be accessed here. 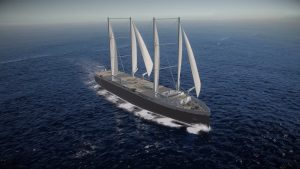