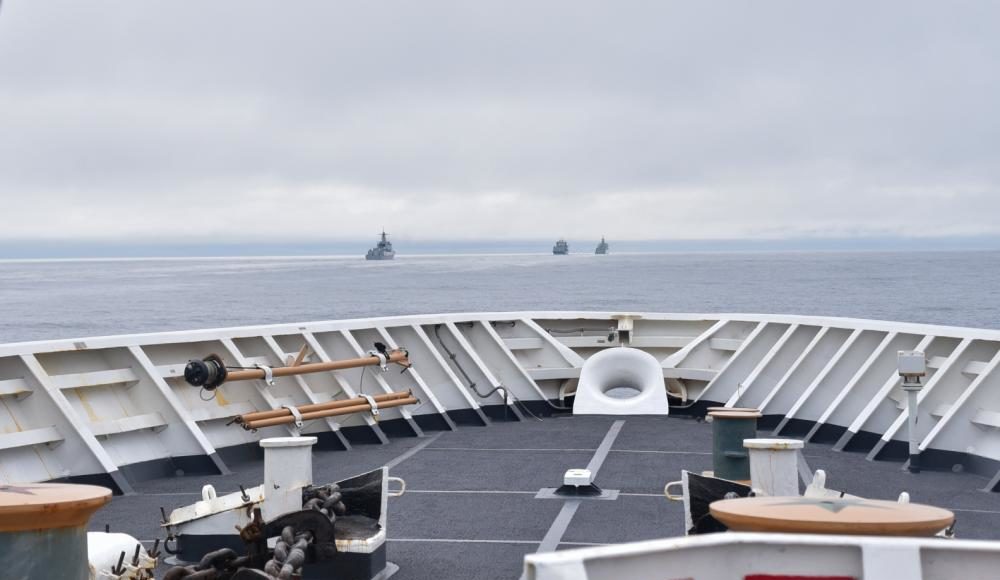 According to a report published by the Arctic Today daily newsletter, U.S. Coast Guard vessels spotted four Chinese warships conducting military and surveillance operations during a routine patrol near Alaska’s Aleutian Islands on August 30. The ships from the People’s Liberation Army Navy ventured as close as 46 miles to the Aleutian Islands, the Coast Guard disclosed on September 13.

The Chinese ships were in the U.S. exclusive economic zone, which stretches about 200 miles from Alaska’s coast, from Aug. 29 to Sept. 1. They did not enter U.S. territorial waters, which extend 12 miles from the shore.

Chinese ships were last spotted in the region in 2015, when they passed through U.S. territorial waters near the Aleutians.

The Bertholf established radio contact with the Chinese ships during the unplanned encounter, and the ships observed international laws and norms, the Coast Guard said.

Troy Bouffard, an instructor at University of Alaska Fairbanks, told Arctic Today the encounter was “not altogether a surprise,” but it’s an “important” indication of China’s view of the region.

“We’re probably starting to frustrate them a little bit, maybe, with the South China Sea issue,” Mr. Bouffard said. The Aleutian exercise may be a demonstration of China’s capabilities in light of those U.S. exercises in the South China Sea.

“I don’t think they’re trying to provoke a reaction, necessarily, but I think they were sending a clear strategic message,” Mr. Bouffard said. “They can also enter our waters under legal norms.”

Although the Arctic is usually characterized as low risk for conflict, there is the chance of international disputes elsewhere spilling over into the North, recent Arctic strategies documents from U.S. military branches have said.

While ships pass regularly through other countries’ exclusive economic zones, they often notify those countries of exercises ahead of time.

In August 2020, Russian warships and aircraft ordered Alaska fishing trawlers out of the way during exercises in the U.S. EEZ. Countries have natural resources rights, including fishing, in exclusive economic zones, but other ships may pass through them.

The U.S. government had advance notice of the Russian exercise, but word didn’t trickle down to fisheries operators.

The incident spoke to the need for better communication in a region that is opening up to more traffic. And “it’s also indicative of the need for more resources for the Coast Guard, so they can have more presence, because they’re stretched very thin,” Mr. Bouffard said, noting the situation last year may have gone better if the U.S. service were present during the exercises to prevent and deescalate run-ins like these.

The U.S. has a long history cooperating with Russia in the North, Mr. Bouffard said. Unexpected encounters with other countries, however, may expose gaps in U.S. relations.

“We know that [Russia] will not act overly aggressive, go into violence or conflict, necessarily,” Mr. Bouffard said. But “we don’t know this about China. We don’t have that relationship or that experience. So there’s so much to learn from this.”