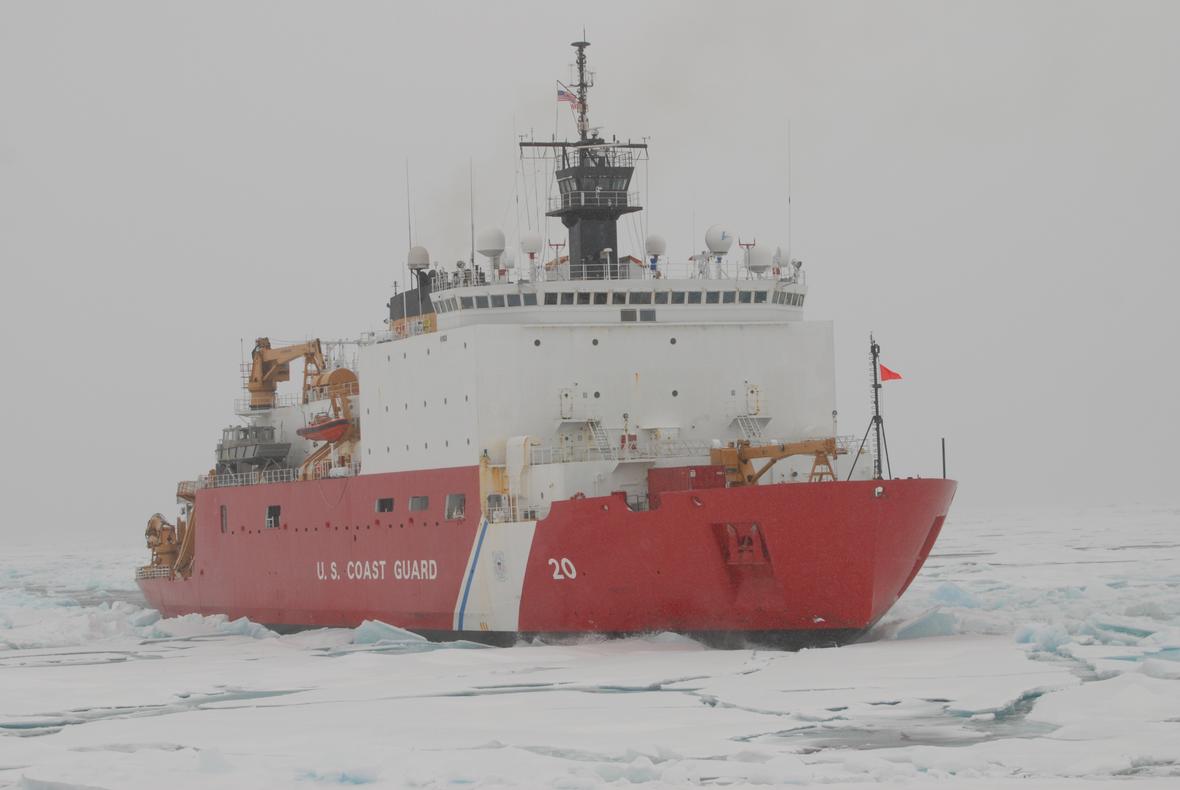 In collaboration with Canada, the U.S. Coast Guard will transit through the Northwest Passage this summer, Adm. Karl L. Schultz announced in his annual address.

The largest icebreaker in the U.S. Coast Guard fleet, the Healy underwent repairs this winter, the commandant said, “returning her to her home port in preparation for a historic Arctic patrol this coming summer.” The Healy began her service life with a transit through the NWP in 2000.

A spokesperson for the U.S. Coast Guard told the ArcticToday newsletter that the mission is “definitely not a FONOP (Freedom of Navigation Operation) – it’s being planned in coordination with Canada.”

The Healey will be deployed to the Arctic for four and a half months, the spokesperson said, including three weeks of operational ice testing “to calibrate critical engineering systems and engagements with partner nations.”

The transit through the Northwest Passage with be a partnership with the international science community and institutions from the U.S., Canada, and Denmark.

According to a document published by the U.S. University-National Oceanographic Laboratory System Arctic Icebreaker Coordinating Committee, the mission will begin in Alaska’s Dutch Harbor in mid-August and end in Nuuk, Greenland, in mid-September, with operational exercises in Canada’s Baffin Bay along the way.

The mission falls under the terms of the 1988 treaty on U.S.-Canada cooperation in the Arctic, rather than a freedom of navigation operation (FONOP), as was floated in recent years.

In 1985, the heavy icebreaker Polar Sea transited the passage from Greenland to Alaska without telling Canada first, triggering a diplomatic controversy. The U.S. believes the Northwest Passage is an open sea route, while Canada asserts the route consists of internal waters that fall under its jurisdiction, Arctic Today noted. But since signing a treaty in 1988, the U.S. has notified Canada — and worked with the Canadian Coast Guard — on journeys through these waters.

The treaty is “more or less an official ‘agree to disagree’ document,” Troy Bouffard, an instructor at University of Alaska Fairbanks, told ArcticToday. The agreement allows the U.S. and Canada to work cooperatively in the Arctic without ceding any recognition of claims or sovereignty on either side.

The last U.S. transit through the Northwest Passage was in 2017, when a Canadian Coast Guard icebreaker assisted the U.S. cutter Maple through the route. (photo U.S. Coast Guard)