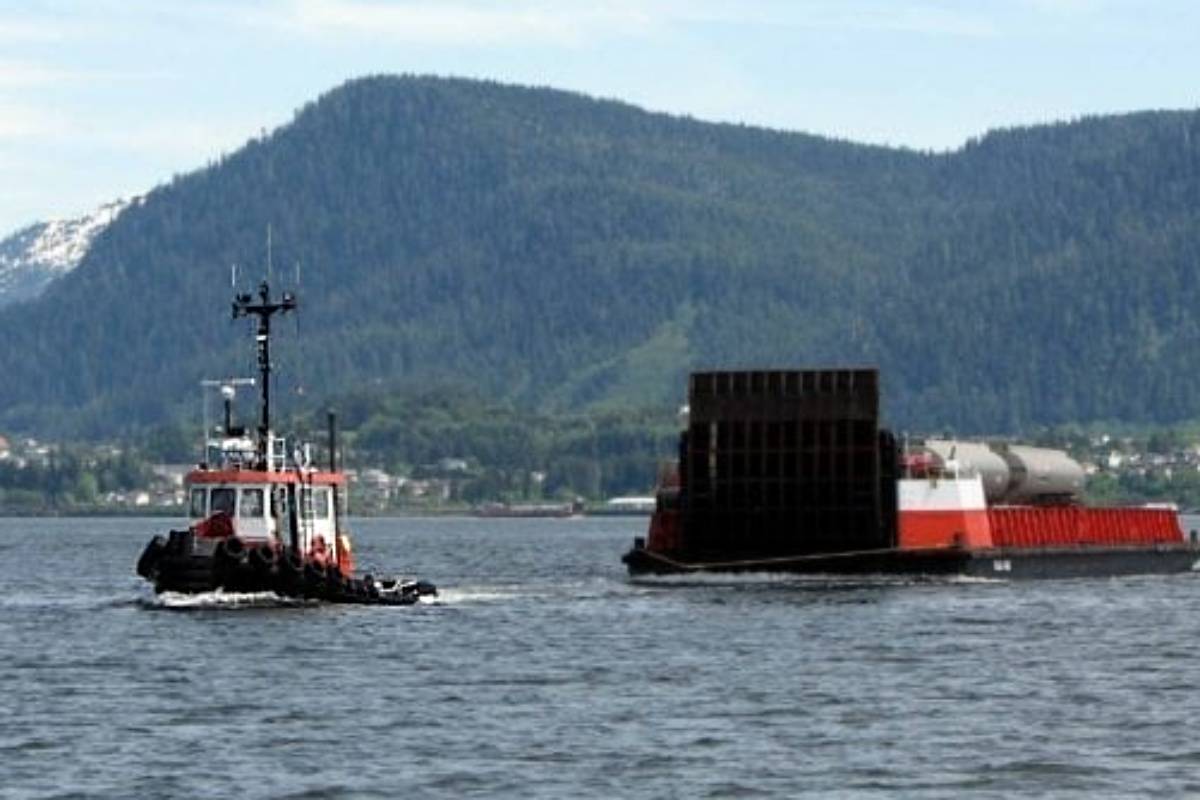 The union which represents tug workers on Canada’s West Coast has asked Transport Canada to require formal safety management systems for undersized and undermanned fleets along the B.C. coastline and rivers.The demand by Local 400 Marine Section of the International Longshore Workers Union (ILWU) follows the tragic capsize on February 11 of the tug Ingenika owned by Wainwright Marine Services which was towing a barge in the Gardner Canal 35 nautical miles south of Kitimat. Two men perished and a third crew member was rescued.

“The sinking claimed the lives of Troy Pearson, a seasoned skipper, and crew member Charley Cragg, believed to be working his first-ever shift aboard a tug. A third young crew member, Zac Dolan, was rescued after washing ashore in icy waters and sub-zero temperatures,” the ILWU press release stated.

In a letter from ILWU 400 President Jason Woods to the federal Minister of Transport, Omar Alghabra, the union is also requesting “regulations for vessels under 15 gross-tons with sufficient oversight, including manpower and an enforcement budget, be established to ensure that operators follow any new regulations and procedures governing hours of work, risk assessment, training, communications and towing arrangements (equipment).”

“For at least ten years, Transport Canada has debated such regulation and oversight. Formal consultations began in 2010,” the letter observes. “By mid-decade, regulators took a gamble — and sided with a narrow segment of the industry insisting that such regulations were too expensive for smaller vessels.”

“Canadians pay $33 million a year for the professional independent, arms-length work of the TSB (Transportation Safety Board) – not simply to find out how transport accidents happened, but to detail the specific lessons leamed and to craft recommendations to prevent them from happening again,” the ILWU noted.

In the letter to 15 recipients in total, including Rob Fleming BC Minister of Transport, Harry Bains, BC Minister of Labour, Transport Canada, Canadian Merchant Service Guild, Seafarers International Union, BC Ferry and Marine Workers Union, the ILWU also listed four other tugboat incidents along the B.C northern coast where previous safety concerns and risks to crews were raised.

“The transportation Safety Board is investigating this month’s tragedy. We believe that its findings will produce safety lesson to be learned, applied, many mirroring the previous cautions to Transportation Canada,” ILWU wrote in the letter dated February 22.