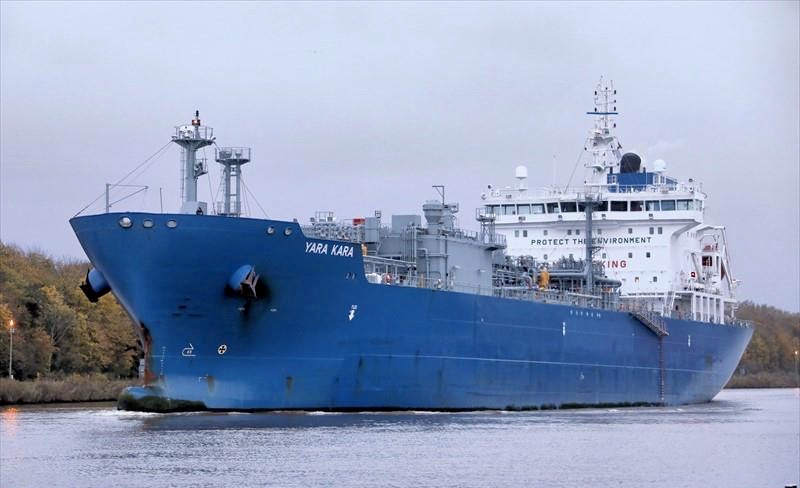 Oslo and Singapore – Fuel trader Trafigura and ammonia fertilizer manufacturer Yara International have signed a Memorandum of Understanding to collaborate on the development of the use of ammonia as a marine fuel and to explore ways to partner in green and blue ammonia fuelling infrastructure and market opportunities.

Reducing shipping emissions is a vital component of the fight against global climate change, yet greenhouse gas emissions from the global maritime sector are increasing. Stated a joint press release.

The Fourth IMO Greenhouse Gas study published in August 2020 predicts that emissions could increase by as much as 130 percent by 2050 compared with 2008 levels. To reverse this alarming trend the ships in use, the fuels that power them and the related infrastructure all need to change as the industry transitions to low or zero-carbon maritime fuels.

Both Yara and Trafigura have taken a number of steps to progress towards making the transition to a greener economy a reality. For the first time, the two companies intend to collaborate on initiatives that will establish themselves in the clean ammonia value chain.

Under the MoU announced today, Trafigura and Yara intend to collaborate in the following areas:

“This agreement is another good example of cross-industry collaboration to develop and promote zero-emission fuel in the form of clean ammonia for the shipping industry. Building clean ammonia value chains is critical to facilitate the transition to zero emission fuels by enabling the hydrogen economy – not least within trade and distribution where both Yara and Trafigura have leading capabilities. Demand and supply of clean ammonia need to be developed in tandem,” says Magnus Krogh Ankarstrand, President of Yara Clean Ammonia.

“There is a growing consensus that hydrogen-based fuels will ultimately be the shipping fuels of the future, but clear and comprehensive regulation is essential,” said Jose Maria Larocca, Executive Director and Co-Head of Oil Trading for Trafigura.

Trafigura has co-sponsored the R&D of MAN Energy Solutions’ ammonia-fuelled engine for maritime vessels, has performed in-depth studies of transport fuels with reduced greenhouse gas emissions, and has published a white paper on the need for a global carbon levy for shipping fuels to be introduced by the International Maritime Organization.

Yara is a world leader in ammonia, with long experience and leading positions within global ammonia production, logistics and trade. The Oslo-based company produces roughly 8.5 million tonnes of ammonia annually. Yara employs a fleet of 11 ammonia carriers, including 5 fully owned ships, and owns 18 marine ammonia terminals with 580 kt of storage capacity – enabling it to produce and deliver ammonia across the globe. Yara recently established a new clean ammonia unit to capture growth opportunities in emission-free fuel for shipping and power, carbon-free fertilizer and ammonia for industrial applications. Photo: Marine Traffic