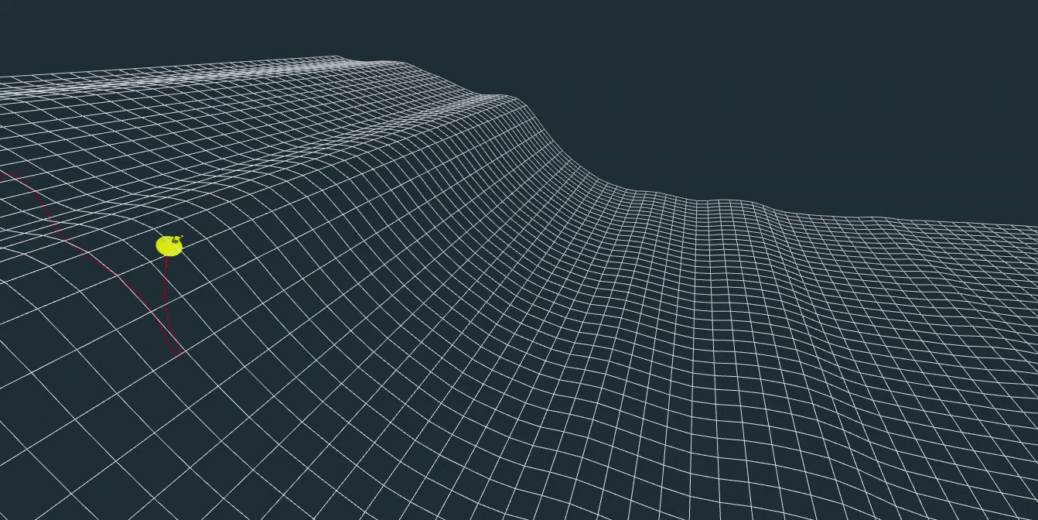 Researchers have announced that a 17.6 m rogue wave – the most extreme rogue wave ever recorded – has been measured in the waters off of Ucluelet, British Colombia.

The rogue wave, which measures as high as a four-story building, was recorded in November 2020 by Victoria, B.C.-based MarineLabs Data Systems (MarineLabs). It is the subject of a scientific report by Dr. Johannes Gemmrich and Leah Cicon, both of the University of Victoria, published last week in the journal, Scientific Reports.

Rogue waves are defined as waves with a height more than double that of other waves occurring around them. Also known as freak or killer waves, their tendency to occur unexpectedly and with huge force makes them especially dangerous.

“Proportionally, the Ucluelet wave is likely the most extreme rogue wave ever recorded,” says Gemmrich, who studies large wave events along BC’s coastlines as part of his work as a research physicist at the University of Victoria. “Only a few rogue waves in high sea states have been observed directly, and nothing of this magnitude. The probability of such an event occurring is once in 1,300 years.”

The record-setting Ucluelet wave was recorded by one of MarineLabs’ sensor buoys deployed at Amphitrite Bank, approximately seven kilometers offshore of Ucluelet. The buoy is part of a network of marine sensors that comprise MarineLabs’ CoastAware™ platform.

“The unpredictability of rogue waves, and the sheer power of these ‘walls of water’ can make them incredibly dangerous to marine operations and the public,” says MarineLabs CEO, Dr. Scott Beatty. “The potential of predicting rogue waves remains an open question, but our data is helping to better understand when, where and how rogue waves form, and the risks that they pose.”

MarineLabs’ CoastAware provides data from a network of 26 sensor buoys strategically placed on coastlines and in oceans around North America. In 2022, the company plans to more than double its number of sensor locations, bringing its fleet of buoys to close to 70 by year-end.

“We are aiming to improve safety and decision-making for marine operations and coastal communities through widespread measurement of the world’s coastlines, says Beatty. “Capturing this once-in-a-millennium wave, right in our backyard, is a thrilling indicator of the power of coastal intelligence to transform marine safety.”

The MarineLabs rogue wave had a ratio of maximum height to significant wave height (Hmax/Hs) of 2.9, the highest ratio recorded to date. The surface elevation signal was measured in two independent ways: a GPS based method and an IMU based method. The conservative (smaller) Hmax of 17.6m was used for the study. 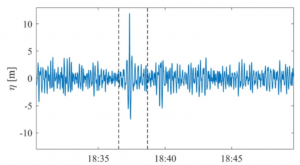