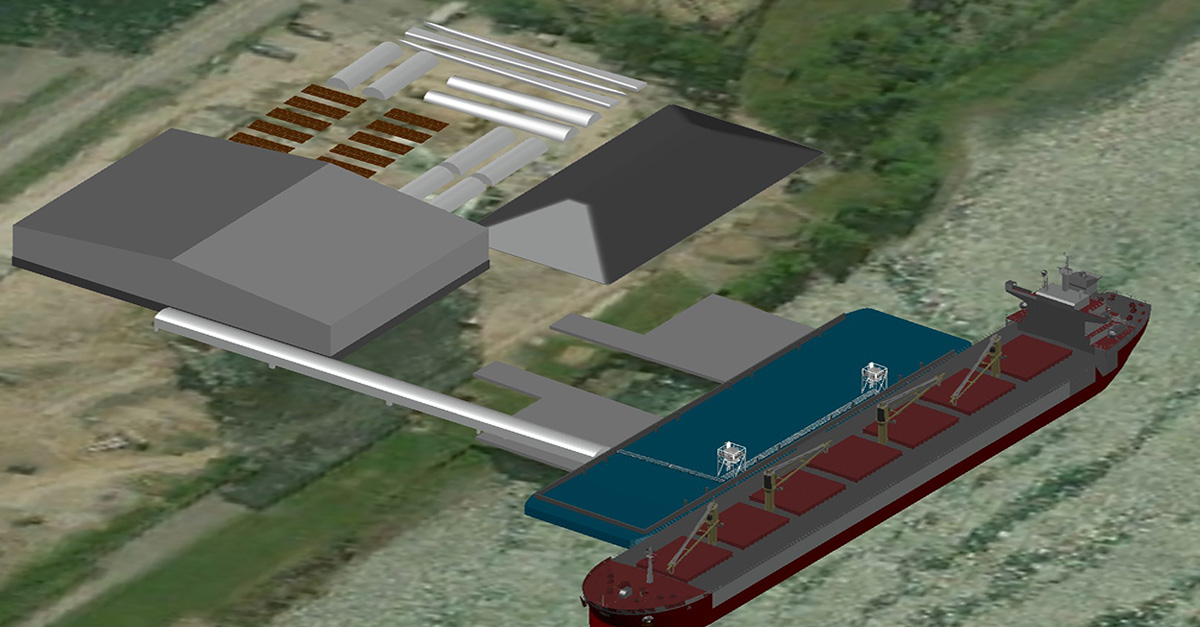 Sorel-Tracy – The City of Sorel-Tracy and the Quebec company QSL have entered into a partnership for the development and operation of the Sorel-Tracy industrial-port zone (St. Lawrence sector). Under this agreement, QSL will develop and operate a port terminal on city property where Hydro-Québec’s thermal power plant once stood.

QSL is undergoing significant growth in the North American market and its facilities in Sorel-Tracy are strategic to its continued development. Over the last two years, the company has invested $15 million in the region to add warehouses and state-of-the-art equipment.

“This partnership with the City of Sorel-Tracy is part of QSL’s mission to contribute even more to the development along the St. Lawrence River. For QSL, it is essential to build ties with the communities in which we operate. If a project does not create value for all stakeholders, well, it is not selected! Today, I believe we have a win-win situation! This is a vision for the future economic development of the Sorel-Tracy region, » said QSL President and CEO Robert Bellisle.

The City of Sorel-Tracy consents by emphyteutic lease to QSL the lands of the former thermal power plant for a period of 30 years, with the possibility of extension for another 30 years.

This agreement is the starting point for a vast industrial park project that includes the restoration of the site of the former Hydro-Québec thermal power plant. It should be noted that the City has acquired the land adjacent to the former thermal power plant, between the St. Lawrence River and Highway 30. With the port terminal, the site will offer full intermodal transportation access, making it an attractive investment location 45 minutes from Montreal.

The mayor of Sorel-Tracy, Serge Péloquin, is delighted to be able to rely on a solid and ambitious partner like QSL to develop this unique site. “The port terminal that will be built will become a major economic lever for the entire Sorel-Tracy region and this will result in the creation of wealth and well-paying jobs. »

In addition to the property taxes and rent on the emphyteutic lease that will be collected, the City of Sorel-Tracy will receive port dues from QSL. According to the City Manager, Karl Sacha Langlois, Esq., « This is excellent news for the City, which will be able to diversify its revenues so that it does not depend solely on collected property taxes.”

For the industrial commissioner of the City of Sorel-Tracy, Jacques Thivierge, the upcoming construction of this port terminal « will give the region a gateway to the world and its markets thanks to its connection to the railway, the St. Lawrence Seaway and the highway network.”

Other lands adjacent to the future port complex, totalling 7 million square feet, remain available for development and are already industrially zoned. The City of Sorel-Tracy and QSL are committed to working together to develop them in order to maximize local and regional economic benefits.