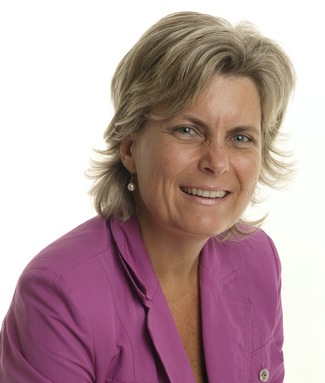 According to a report by Radio Canada International (RCI),Canada will support a ban on the use of heavy fuel oil by ships plying Arctic waters at this week’s meeting of the International Maritime Organization (IMO) in London – a decision strongly attacked in the same report by Suzanne Paquin, President of the Montreal-based NEAS Group that has long been supplying Arctic sealift services in the Eastern Arctic.

Transport Canada officials announced their decision during a teleconference call on Wednesday Feb 12, according to people who participated in the call, RCI said. Transport Canada officials announced their commitment to a heavy fuel oil (HFO) ban « with certain caveats » during a stakeholder engagement call ahead of the 7th Session of the IMO’s Sub-Committee on Pollution Prevention and Response (PPR7) that begins on Monday, according to at least two participants of the call.

A Transport Canada spokesperson would neither confirm nor deny the report.
« The Government of Canada will publicly announce its position on this issue early next week, once Canada has declared its official position to the international membership of the IMO at the Sub-Committee meeting, » Transport Canada officials told Radio Canada International in an email.

This would make Canada the seventh Arctic country to support the proposal that has been championed by environmental groups and the Inuit Circumpolar Council since at least 2015 but has faced stiff opposition from maritime shipping companies involved in sealift operations in the Canadian Arctic.

Andrew Dumbrille, a World Wildlife Fund – Canada specialist in sustainable shipping, noted that Russia remains the only holdout going into the meeting in London.

The proposed ban on HFO (to be implemented by 2023) would apply to all ships operating north of 60’N Latitude off the coasts of Yukon, Northwest Territories, Nunavut as well as Nunavik in Northern Québec. It would also apply to the waters off Alaska’s coast, almost the entire Russian Coast, Greenland and Norway’s Svalbard Archipelago.

The Canadian submission to PPR7 obtained by Radio Canada International says banning HFO in the Arctic would bring environmental benefits but would come at a higher economic cost for northern communities dependent on the marine resupply from southern Canada.

« We are absolutely surprised, disappointed with the government for this, » said Ms. Paquin, who was on Wednesday’s teleconference call with Transport Canada officials. « It’s unbelievable that they would think that an HFO ban is a priority in the Arctic… It shows how out of touch the federal government is with the Arctic. »

Ms. Paquin said that NEAS which is jointly owned by Makivik Corporation, Nunavik’s Inuit Birthright Corporation, and Transport Nanuk Inc., provides sealift operations to all of the Inuit communities in Nunavut and Nunavik.

« Safety is our first concern and we feel that it’s irresponsible to mandate an untested fuel switch, » Ms. Paquin said in a phone interview with RCI. « This is a huge concern of ours. »

The ships owned and operated by NEAS run on HFO, she said. « Not running on HFO will have an impact, especially given cold climate weather, which can have an impact on these engines and that’s what has not been tested. »

Ms. Paquin stressed that in more than 30 years of her professional experience related to maritime shipping she has never heard of an HFO spill in the Arctic and accused Ottawa to caving in to a « campaign of misinformation and misguidedness. »

« We support good governance, including listening to the local voices and, of course, we support Canadian testing, research and science before taking any kind of decision, » Ms. Paquin said.

« This has not been the case. There is absolutely no Canadian data. The Canadian Arctic suffers from a huge data deficit in all domains, including information related to the environment and even climate change. »

The day after the report came out, a message of solidarity for Ms. Paquin’s views was issued by Robert-Lewis Manning, President of the Vancouver-based Chamber of Shipping, voice of the marine industry of Canada’s West Coast since 1923. « When a Canadian shipping company with extensive experience serving Arctic communities questions Canada’s approach, perhaps it is time to listen, » he tweeted.

Ms, Paquin said instead of banning HFO the federal government should be investing in spill response measures and infrastructure in remote Arctic communities.

« What I know is that without direct investments in local spill response and mitigation measures, communities will be left with an increased threat from a potential spill of more toxic fuel, » Ms. Paquin said.

Marine diesel fuels are up to 100 times more toxic than HFO fuels they will replace, she said.

The shipping industry estimates that the ban could translate into an increase in the cost of the sealift of up to $700 per household for remote Arctic communities that get the majority of their goods during the short summer marine resupply season.

The HFO ban would add another $700 dollars to this bill and will disproportionally affect Inuit communities that have much lower incomes and can ill-afford the price increase, the industry claims. (photos NEAS)