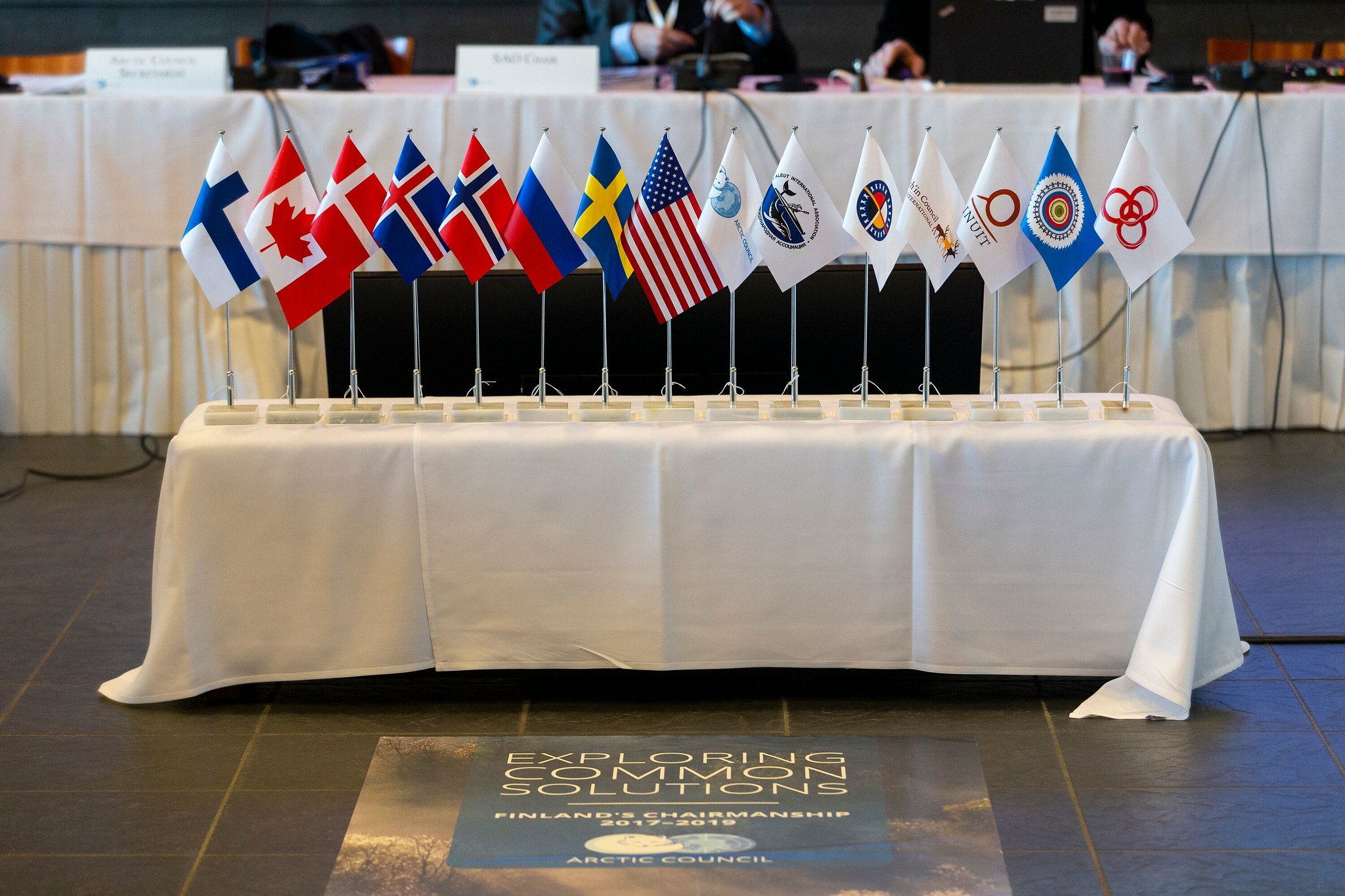 Russia’s invasion of Ukraine has had tremendous impact on international relations globally. While the Arctic has generally been immune from external political pressures, the shocking developments in Ukraine led the seven states other than Russia that are members of the Arctic Council on March 3, 2022 to take the unprecedented step of formally pausing the work of the Arctic Council “pending consideration of the necessary modalities that can allow us to continue the Council’s important work in view of the current circumstances.”

This disruption of Arctic cooperation is necessary given the current crisis. However, regional contacts and cooperation serve the interests of all Arctic States as well as Indigenous peoples and local communities, and it is important to consider what sort of cooperation can continue despite the conflict in Ukraine. Moreover, given the essential role that Russia plays in the region, it is important to consider how all Arctic states can be brought back together in the future.

To set this in context, it is important to understand that a pause in the work of the Arctic Council does not end regional cooperation per se. While the Arctic Council is the most well-known and influential forum for Arctic cooperation, most cooperation in the region does not occur under its auspices. Tremendous amounts of Arctic-related scientific research occur within and among Arctic States not involving Russia or the council, supported by ties between institutions and relevant governments. The multilateral work that takes place at research installations in locations such as Svalbard, northern Scandinavia and Alaska is largely unaffected. U.S. scientists will continue to work with, for example, Canadian or Finnish counterparts. Even within the Arctic Council, some activities don’t require Russian involvement. As the Arctic Council does not perform a regulatory function, the Arctic States do not need to look to the council to negotiate rules (e.g., for shipping and aviation, oil and gas permits) underlying their activities.

What has been disrupted is Arctic cooperation that directly involves Russia.

Any cooperation involving access to Russian territory (such as to obtain samples for research or make scientific observations) or with Russian institutions (at least if the government is involved) will be put aside. We’ve seen that even cooperation not involving the Russian government has been affected, such as when the organizers of the Arctic Science Summit Week decided to close its upcoming annual meeting to individuals representing Russian institutions, organizations, and businesses both on-site in Tromsø, and online. It’s not yet clear whether some unofficial contacts with Russian individuals can proceed in a meaningful way, despite travel bans and economic sanctions. And now the work of the Arctic Council has ground to a halt.

The question is, how can the valuable work being done within the Arctic Council and its working groups be salvaged, and what is the best way of going about that? If we want to ensure that the council is viable in the future, after the war in Ukraine subsides, how do we do that?

The Arctic Council, a high-level forum established in 1996 among the eight states with territory above the Arctic Circle, is the most important diplomatic forum for Arctic policy. The council, by the terms of the Ottawa Declaration under which it is established, focuses on issues related to sustainable development and environmental protection, but explicitly excludes handling military security. Major Indigenous groups, called the Permanent Participants, sit at the table with states and are involved in all aspects of the Council’s work. Russia holds the chairmanship of the council until the spring of 2023.

One proposal for how to continue the council’s work, published on this site earlier this month, is that the seven Arctic Council states besides Russia could take over that forum and run it for the time being. This would preserve ongoing structures and current work plans, albeit without Russian elements. This could be done as a legal matter; as the council is not treaty-based but rather a “forum” there is relative flexibility in how it can be modified.

Such an approach, however, has some potential downsides. A key tenet of the Ottawa Declaration and the council’s rules of procedure (which I was involved in negotiating for the U.S. in 1996-97) is that the members include Russia and decisions are made by consensus of those members. Who is a member, their rights and the basic decision rule were all key aspects of the formation of the Council. The council has operated for more than two decades and has developed norms of practice, thus jettisoning Russia during its own chairmanship and operating it without Russian input — much less leadership — would be, at the very least, controversial. Russia would surely object strenuously and would no doubt contend that, by failing to adhere the council’s rules and precedents, the other states were failing to adhere to a rules-based international order that they champion.

My concern is not so much Russia’s feelings about this, or the blaming that might ensue, but rather whether this approach if implemented immediately could make it difficult for Russia to return to the council at some future time. A very rough ousting from a regional body it cares about could lead this or a future Russian Government to move away from the Arctic Council as an institution. Russia is the largest Arctic state and its coastline covers 53 percent of the Arctic Ocean coastline. An Arctic Council permanently without Russia is a weaker and less effective organization; even if today it is hard to contemplate Arctic cooperation with Russia, the goal should be that this be restored at some point.

One way forward, at least in these early days of managing the implications of the war in Ukraine, would be for the seven remaining states to start an effort among themselves to identify those aspects of the council’s current work that they wish to continue absent Russia, combining this with any new ideas for multilateral cooperation in the Arctic that they might deem appropriate. Those countries could then begin a process of collaboration (perhaps under a different name), avoiding as much as possible the question of whether they were “taking over” the council’s plans and projects.

That might suffice for the near term. However, if it appears that Arctic cooperation with Russia is off the table in the longer term and the seven states decide to proceed with cooperation within the context of the Arctic Council, the question will be how Norway, as the incoming chair of the council, can develop the next chairmanship program and have it launched successfully without Russian participation (or a ministerial meeting in Russia) if by May 2023 the situation in Ukraine has not improved dramatically.

Any approach for Arctic regional cooperation that excludes Russia will be difficult, but the seven countries participating in the joint statement have made it clear that Arctic cooperation needs to continue and have indicated that they will consider future modalities for resuscitating the work of the council.  While it is too early to know the details of when and how that would happen, some important forms of Arctic cooperation will and must continue, regardless.

(Photo from Ministry of Foreign Affairs of Finland showing the flags of the eight Arctic states and six permanent participants.)

*Evan T. Bloom is a senior fellow of the Polar Institute of the Wilson Center in Washington. He is a former senior diplomat at the U.S. Department of State where he worked on Arctic affairs. This commentary is published with the kind permission of Arctic Today.