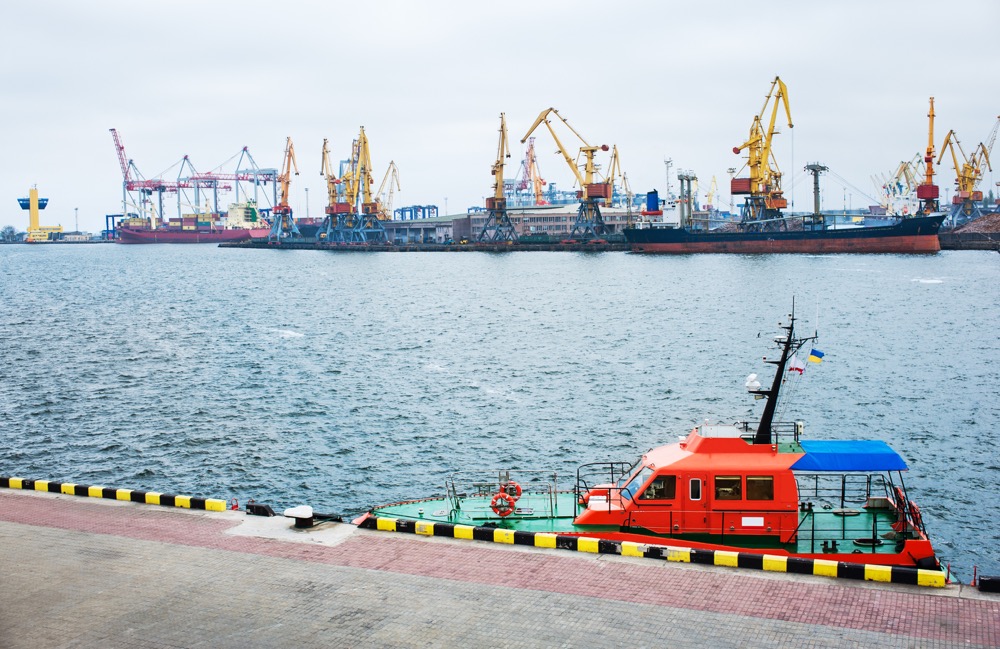 “They are lovely people who are going through hell”. It was a surveyor from DNV, who we happened to meet at Odessa airport, as we clutched our cardboard exit documents in the queue for what served as a departure lounge, whose words came back to me this week. It was a freezing December in 1994 and he was returning home after attempting to instil some order into ship construction in a chaotic Black Sea shipyard, where the legacy of Soviet inefficiency was dying very hard. He seemed glad to be leaving.

We were a BIMCO delegation, which had been providing a training course to the Black Sea Shipping Company. Our two experts had been tasked to provide what can best be described as some lessons in best commercial shipping practice, to people whose entire policies had been prescribed 1000 miles away, by the ministry in Moscow.

Now, Blasco was a limb without a heart, having to learn the basics in order to keep its inherited 300 unit fleet, with its 26,000 employees, trading and earning for their newly independent country. Much of the fleet was technically redundant or impractical, in the new commercial maritime world in which it now floated. They were trying to sell some of the uneconomic units, and I recall a series of 28 knot gas turbine propelled container ships, which had been built to suit the requirements of some Soviet Navy directive, rather than commercial utility, and drank 280 tons of fuel per day. They were not optimistic of an early sale.

We stayed at a sort of holiday complex which had been built for Sovcomflot where merchant mariners and Soviet shipping company workers could have enjoyed some sun and seaside attractions. We lived in an elegant villa where the top people (there had been no “classlessness” in Soviet society) had been housed, in some luxury, although the lights and heating were apt to be extinguished for several hours every day. On the other side of the road was a more impressive and heavily secured complex, which, we were told, had been operated for the KGB, where the torturers and their families had enjoyed relaxing holidays by the seaside.

The BIMCO course was well attended, although it developed into a sort of surgery, where the speakers, hugely experienced, spent a large amount of time trying to sort out real commercial disputes and problems brought along by our “clients”. For people, whose every move had been dictated by Moscow, it was almost a matter of getting back to basics, with every crook in Christendom beating a path to bits of the former Soviet Union with their “attractive offers”.

After the formal events, we would spend time with our hosts and it became clear just how difficult their problems were, as they attempted to change the old Soviet mindset after so long, when every decision was not your own. Where were any incentives for decision-making in cradle to grave communism, where there was no perceived need for punctuality, alertness and the sort of virtues young brokers learn practically in their prams? They were, as the DNV surveyor said, “lovely people”, but they were indeed going through hell as they attempted to make sense of their post-Soviet legacy.

“It will take two generations to sort our problems out”, said a visibly exhausted senior Blasco manager, with every day bringing forth new crises, as they struggled to find the working capital for the paint and canal dues and pensions and the pitiful wages they were all paid. But with the currency crashing and ships being arrested for detentionable defects and financial defaults, the company’s legacy seemed positively toxic.  One of our hosts, a cheerful ex master who told us he was making $50 per month, told us, as well he might, that he was beginning to doubt the manifold advantages of the new world of capitalism.

The ‘Pearl of the Black Sea’

Odessa, the “pearl of the Black Sea” was a beautiful city, designed by the same French architects who had given the world Paris 200 years before and the loveliness showed through the years of neglect, with stately buildings, and tree-lined avenues. Somehow they had managed to renovate the opera house and we were taken to a performance of Giselle, with a full house of people who were able to forget their problems for a few hours, in a wonderful setting.

But half the population, in this beautiful European city was starving, after the disappearance of the welfare net. And there were some bad signs; the local mafia with their sunglasses and BMWs, openly in the streets. A group of them warned us away, meaningfully patting their pockets, as we watched them unloading a beaten-up freezer trawler with a cargo of oranges, at the foot of the Potemkin Steps., in some twisted derivation of international trade on their terms.

All that was 28 years ago and it has come flooding back, with the appalling scenes from Ukraine this week. Blasco, of course, is long gone, but maritime Ukraine has developed a reputation for fine ships’ officers in the global fleet. Progress was being made. There were pictures of beautiful Odessa, its centre lovingly renovated, as its inhabitants erected makeshift defences against the anticipated invasion in the tree-lines avenues, and you cannot but fear the worst. After all the invasions, revolutions, wars, pogroms, genocides and mass deportations, over the ages, they deserve something better in this so-called civilised century.  Your heart must surely go out to these poor, lovely people, as they go through their latest sort of Hell, as Putin blasts their country apart.

Michael Grey is former editor of Lloyd’s List. This understandably emotional commentary was written as the great port city was being turned into a fortress while preparing for a possible Russian attack in the coming days. It is published with the kind permission of Maritime Advocate Online.