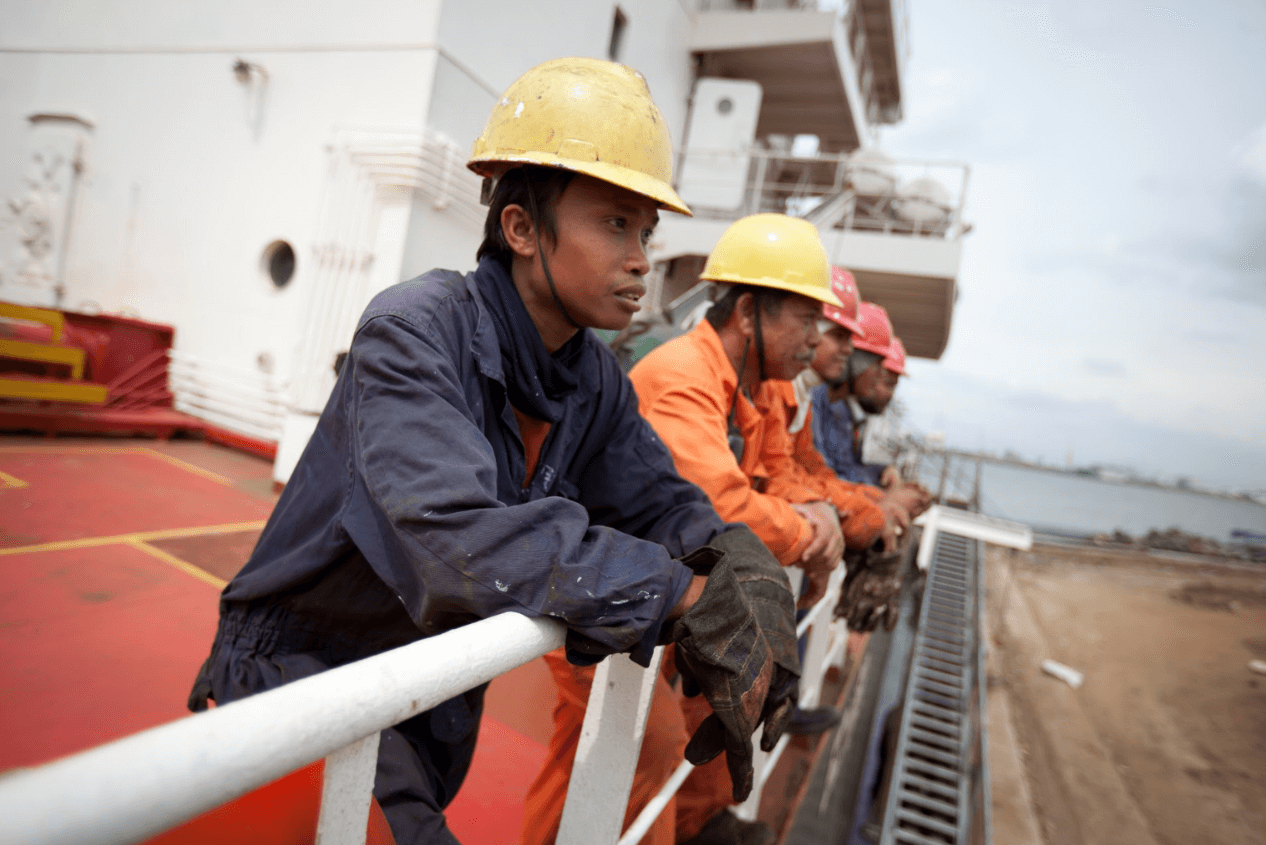 It was the annual “Day of the Seafarer” last week, not that anyone outside the maritime world actually noticed, although some institutions, managers and maritime employers made kindly pronouncements about the value of these essential workers. It came a few days after the publication of the latest Mission to Seafarers and Standard Club Seafarers’ Happiness Index, which, perhaps predictably, showed this indicator of joy sinking to new lows.

I suppose we cannot be surprised at this lack of enthusiasm for the life seafarers lead at sea, after more than two years of accumulated misery caused by the pandemic and their confinement for months, even years, on end aboard their ships. Few seafarers these days are motivated by the search for adventure and the lure of foreign parts which enthused many of their predecessors, but the shameful treatment of this forgotten workforce in so many of the world’s ports is bringing its predictable reward. There is a genuine manning crisis today and the industry is beginning to feel the loss of a lot of talented people who are electing to stay ashore rather than return to a job which did not appear to value them.

Seafarers are no different from their opposite numbers in shore occupations and the pandemic has made vast numbers rather more introspective about what they do for a living. And as always, it will be the brightest and best who will tend to go and do something different, where their lives might just be better and more meaningful. Marine employers will be left trying to fill the vacancies they leave behind them.

If there are any positive things to register, it is that the best employers are themselves taking a hard look at what they offer and seeking to address their employment “packages”. It is not just a matter of money, although this is important, to attract and retain staff, but what might be described as the fringe benefits that make one employer stand out from others. Surveys of seafarers’ attitudes invariably throw up the importance of connectivity and affordable internet and telephone communications and the best employers are reacting appropriately. And there is no excuse not to provide better connectivity for crews, as there are good deals to be done with providers.

Good employers are also taking a look at tour lengths, improved arrangements for payment and allotments, saving schemes and pension provision, along with medical services for seafarers to provide protection for both their time afloat and ashore. These will make a great difference to those who live in countries where medical services are either costly or poorly provisioned. It is also notable that the standard of accommodation and on-board catering are issues that increasingly matter to seafarers and which can serve to discriminate between employers. It is also a positive sign that there is much more open discussion about “wellness” issues, whether it be related to physical or mental health. There is more recognition of the industry’s record on health and safety and the lamentable suicide rate. A generation ago these matters would have been largely ignored.

So far, so good and hopefully the employers who can offer something better than was available in the past will benefit from their ability to recruit the more capable seafarers, just as long as they can find them. Nevertheless, there has always been a wide spectrum in what has been on offer for the questing maritime employee and it is regrettably the case that these divisions between the best and worst are probably widening.

With maritime employment, unlike that ashore, it just isn’t true that any improvements to wages and conditions will “float all boats”- across the board. In the global bazaar in which ship manning operates, there will be plenty of employers, manning agencies and the like, which will remain oblivious to any pressure to improve, because they know they don’t have to.

They know that there will always be, as there always has been, huge numbers of potential seafarers, somewhere in the world, desperate for any form of employment, no matter how awful it might be, because they will have few other opportunities for work in their benighted countries of origin. Paradoxically, it is the employers who care about standards and quality who will be experiencing the difficulties of recruitment, post-pandemic. And that’s not cynicism – but the reality which has always seen the shipping industry populated by the good, the bad and the ugly.