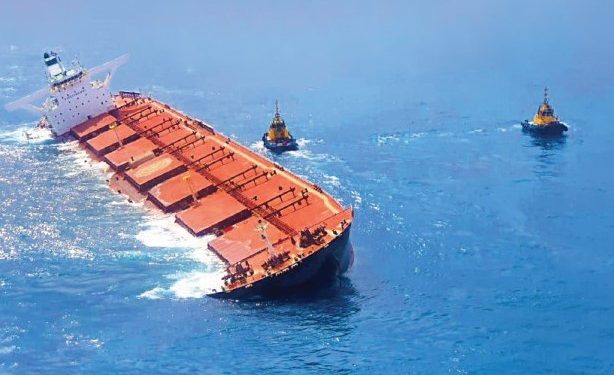 It’s those darned “stakeholders” who are the trouble once again. It is one of those words which was unknown in an earlier era of free speech, when you could be quite clear about identifying those you were talking about, without having the lawyers or twitterati on your back. Now it has become common parlance. Those pesky stakeholders came to mind the other day, reading the INTERCARGO bulk carrier casualty report, which covers the latest ten year period to 2021.

In many respects, there would appear to be room for some optimism, as the sector has moved on substantially from the disastrous times of the 1980s and 90s, when large numbers of predominantly elderly bulkers were being lost, usually with their crews. Better maintenance, closer surveillance by people who know what they are looking for and more responsible behaviour by terminal operators, all combined to relegate this awful period to the history books.

The sector also learned valuable lessons about quality and supervision from colleagues running tankers, with the emergence of quality drivers like Rightship preventing any backsliding. One might conclude that the organisation, which has worked hard to promote safety and quality, has some room for satisfaction.

However, there is included in the report a warning against any complacency, as it notes that the menace of liquefaction remains a problem, illustrated by the five big bulk carriers lost with the deaths of 70 of their crews after their cargoes of nickel ore and bauxite liquefied on passage. Altogether, during the ten-year period under review, 27 ships over 10,000 dwt were lost and 92 crew died in these casualties.

According to INTERCARGO vice chairman Uttam Kumar Jaiswal, who focused particularly on the continuing risks of liquefaction, systems, codes and procedures for testing and sampling which are designed to protect the vessels were not being followed. And while emphasising that his remarks were not directed at ship operators, there was “a lack of consolidated effort by stakeholders” when it came to following codes that would keep ships safe.

It was those stakeholders again, whose attitudes, one might suggest, are relics of those found in the past, when casualties were regular occurrences. People like charterers, who would put all manner of pressure on masters to load cargo which they knew had excessive water content, in some rackety bulk terminal, with its stockpiles awash in rain-soaked slurry. People whose attitude to the bulk cargo codes was cavalier, to say the least, with inadequate testing procedures by so-called “surveyors” who were neither expert nor independent, but just a cog in the machine to get the ship loaded and away to sea.

You might suggest that the actual number of casualties, with four attributed to wet nickel ore and one to bauxite was small, over a ten-year period. Yet these were not rustbuckets, but modern ships and those 70 dead seafarers should not have met such a fate. And in the warning against complacency, there is more than a hint that in some soggy creek in South East Asia or West Africa, there will still be “stakeholders” prepared to take short cuts over proper water content testing and pressure still being applied on masters to open their hatches and get the cargo aboard, wet season or not. They don’t seem to realise, or perhaps they just don’t care, what is at stake.

Apart from the completely avoidable liquefaction casualties, the report to the IMO also suggests that grounding played a role in the totality of loss and you have to admit that this is also a cause of loss generally associated with some degree of incompetence. But you have to wonder whether, at least at the end of this period under review, there were more accidents in which the miserable lives being lived by ships’ crew might have been a contributor. Trapped aboard their steel boxes, unable to get ashore or home on leave at the end of their contracts, it would not be a perfect recipe for a focussed and committed workforce, as the long months ticked away.

It will be interesting to see whether there is any related movement in the casualty statistics covering this miserable period of pandemic, when the next report comes around. A rather different set of stakeholders, perhaps, although their influence on casualties should not be altogether discounted.