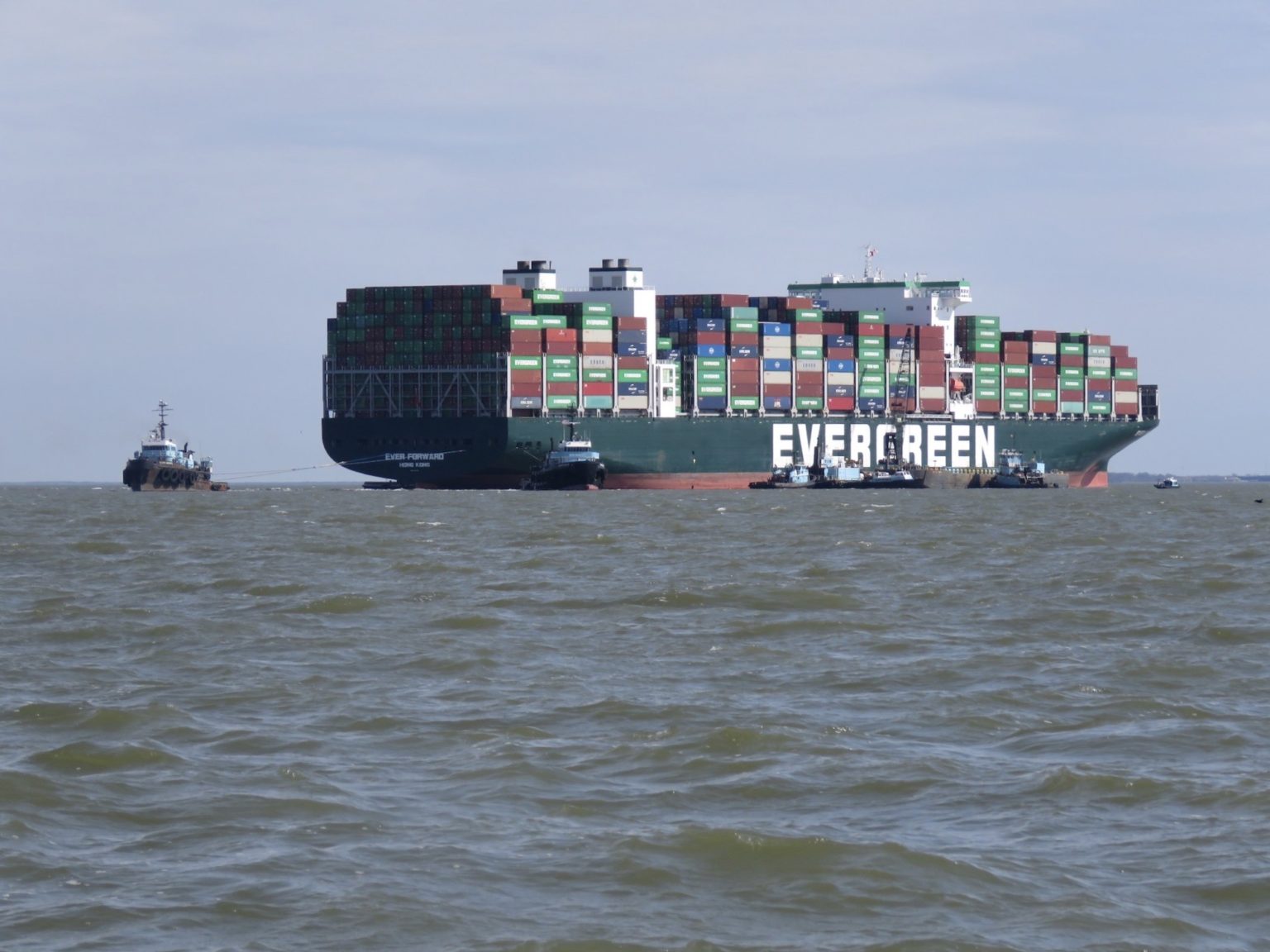 “She’s not answering her helm, Pilot!” It is not what anyone on the bridge of any ship wants to hear from the helmsman, particularly when the ship is very large, approaching a bend in the channel or some other nail-biting element of the passage from berth to sea. We don’t yet know if this terse message was called out recently on the bridge of the Ever Forward, departing the port of Baltimore, just before she slid elegantly into the mud, a berth which she would not vacate for the next 35 days.

We will learn, in due course, because the United States, unlike too many shameful countries, conducts a proper examination of marine incidents and through its excellent agency the National Transportation Safety Board, publishes the findings, usually with commendable speed. After the embarrassment of the Suez Canal grounding, the well-publicised struggle to get the Ever Forward to move backward was probably the last thing a quality carrier wanted at this stage, with the world agonising about its stuttering global supply lines.

It was one of those salvage jobs which, at first sight, did not seem to be that difficult. The ship was apparently undamaged, there was a decent tidal range in the channel and no shortage of towing power to haul the thing off. But with each successive attempt, the situation seemed to deteriorate, with a sort of suction effect of the glutinous silt holding the hull fast over much of her length.

The fact that the ship had apparently plunged into the bank at a considerable speed, as she failed to make the bend, would also be responsible for her extended stay, the eventual declaration of General Average, the discharge of some 500 containers and a great deal of dredging around the ship. It would take six powerful tugs, a couple of pulling barges with powerful winches and the lift from the near-spring tide to get the ship moving, to everyone’s considerable relief.

But it won’t be the last time that questions are asked about the low-speed manoeuvrability of these very big ships, which are brilliant at doing their designed tasks in the open sea, but decidedly difficult to handle in tight places. And as the ships have got bigger, the tight places have got tighter, the margins for error have become smaller and what would have been a routine port approach with smaller ships has become somewhat buttock clenching, as these hazards approach.

We now have whole classes of ship which need to operate at faster speeds just to keep sufficient water flowing over the rudder to provide an adequate turning moment. The faster speed in shallow water, brings with it problems of squat and bank effect, while the huge windage and the changing wind forces from gusts, or different aspects in a turn, require really quite unusual skill and anticipation. The situation may not be assisted by shallow water alarms sounding and even the engine management system deciding to act on its own initiative.

It’s not just monster container ships, or car carriers which seem to require super-dextrous handling in difficult places or unpredictable weather conditions. There are modern big bulk carriers with very slow turning propellers directly driven by their slow-speed engines which, when light ship, are almost un-steerable at the sort of speed a prudent pilot might prefer for a safe passage in a channel. I recall reading an account of a pilot from one well-known bulk port who wrote about having to run at what seemed to him to be a dangerous speed in a channel, crabbing along in a cross-wind and with a tight bend to negotiate before the berth, praying that the tugs would be connected and their skippers alert.

You might reasonably argue that there should be tighter weather limits on such ports, or question whether they are legally “safe”, except that the lawyers seemed to be adept at squashing that suggestion, even after a couple of cape-sized ships were lost trying to leave port in an emergency.

Designers and ship operators focussed upon carrying capacity tend to attribute these occasional groundings to human error – “that’s why we pay for expensive pilots etc.” avoiding any issues of greed and speed. The old saying “quarts into pint pots” comes to mind, although it wouldn’t hurt to look a bit more carefully at the ability of a rudder to actually change the direction of what appears to be an un-steerable modern monster.