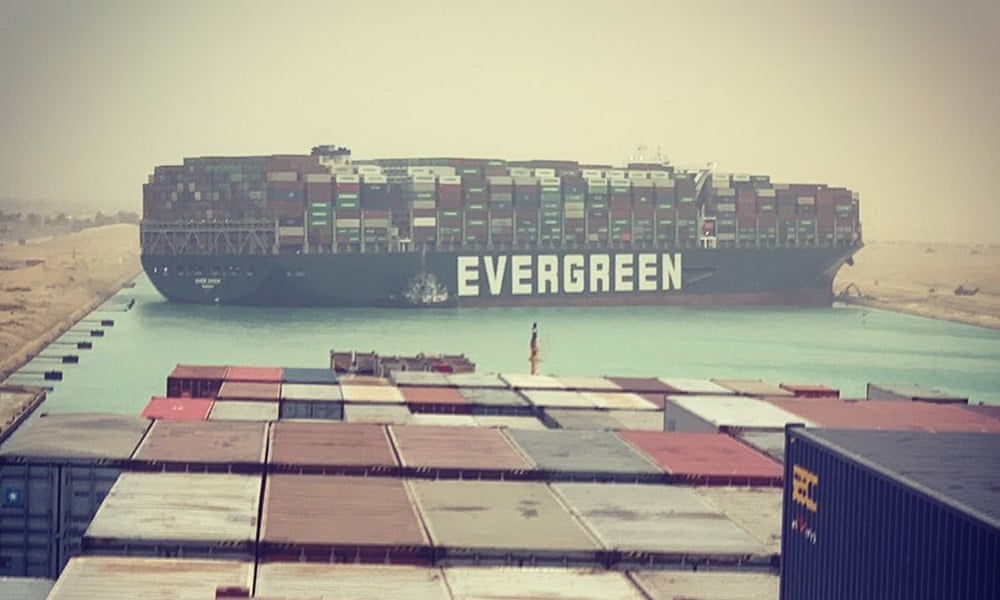 One of the world’s most heavily used shipping routes, vital for transporting both oil and consumer goods, is blocked. A container ship is currently stranded in the Suez Canal. Freeing operations are underway, announced the chairman of the Egyptian Suez Canal Authority (SCA).

The 20,388 TEU, 400-meter long Ever Given came across the canal early in the morning of Tuesday, March 23, blocking the route through which 10% of world trade transits.

« The container ship accidentally ran aground, possibly after being hit by a gust of wind, » said a spokesperson for Evergreen, the world’s No. 7 container ship company. The incident occurred in the southern section, at km 151, not far from the entrance on the Red Sea side, as the ship from Asia was heading north with Rotterdam as the next stop. Winds of over 50 km per hour and a sandstorm were seen around the canal that day. The ship is completely transverse with its bow sunk into the east bank and its stern almost touching the other side.

According to Bloomberg, more than 100 ships were waiting to be able to use the canal. Seven Canal Authority and Svitzer tugs are being mobilized to try to get the vessel pointing in the right direction, which could take at least 48 hours. Egyptian authorities have closed the canal for two days, they said on March 24, and the old canal has been reopened to divert some traffic until the stranded ship can move again. 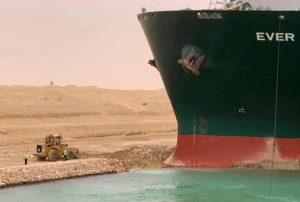 « It is the largest ship to ever run aground in the Suez Canal, » he said, adding that the ship had lodged in the embankment and would have lost its power and ability to steer. « If they’re unable to free her … at high tide, they’re going to have to start removing containers. »

On her Instagram account, Julianne Cona wrote: “I hope it won’t be too long, but at first glance this ship is super stuck. They had a bunch of tugs trying to pull and push it earlier, but it wasn’t going anywhere… there’s a small excavator trying to dig around the bow.

Last year, 18,829 ships passed through the canal, according to the Suez Canal Authority (SCA), bringing Egypt $ 5.61 billion in revenue. This represents 51 ships per day on average.

Groundings occur regularly, but are usually resolved within hours, without disrupting circulation. This incident is the most serious since July 2018 when three bulk carriers and two container ships were involved in a collision, interrupting traffic on the southern section. But never before has a ship of this size run aground in more than 150 years of navigation on the Suez Canal.