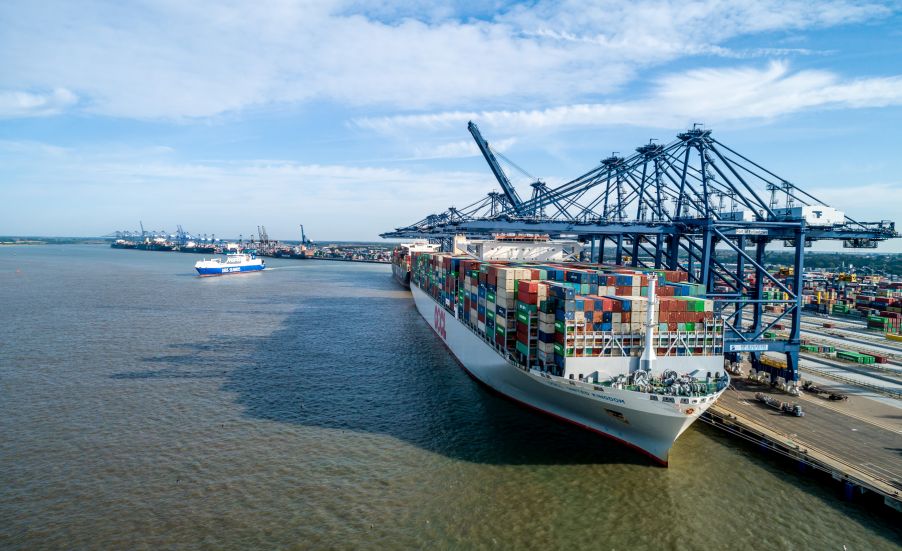 The Port of Felixstowe, biggest shipping gateway in the UK, has been brought to a standstill by an eight-day strike launched Sunday by nearly 2000 dockers. The walk-out has forced carriers to divert vessels to already congested other hubs in Northern Europe.

The supply chain impact is considerable, given the fact that Felixstowe handles some 4 million TEUs, approximately half of the UK’s containerized imports and exports.

Dockers at the Port of Liverpool have also authorized a strike as global shipping lines have been reeling in record profits.

The members of union Unite are striking in a pay dispute with the Felixstowe Dock and Railway Company, operated by Hutchison Ports UK.

“Felixstowe Docks and its associated companies have been prioritizing profits and dividends instead of giving their workers a decent share of the pie,” Sharon Graham, Unite’s general secretary, said in a statement over the weekend.

“Hong Kong shareholders are getting a bonanza payout while the company weeps crocodile tears claiming that they can’t pay a decent pay rise here and essentially asking workers to accept a pay cut,” Mr. Graham added.

Paul Davey, a spokesperson for Hutchison Ports (UK), responded that the company’s offer to the union was fair and represented an 8 percent increase on average, and almost 10 percent for lower-paid workers.

“The company is disappointed that Unite has not taken up our offer to call off the strike and come to the table for constructive discussions to find a resolution,” Mr. Davey said. “Unite has failed our employees by not consulting them on the offer and, as a result, they have been put in a position where they will lose pay by going on strike.”