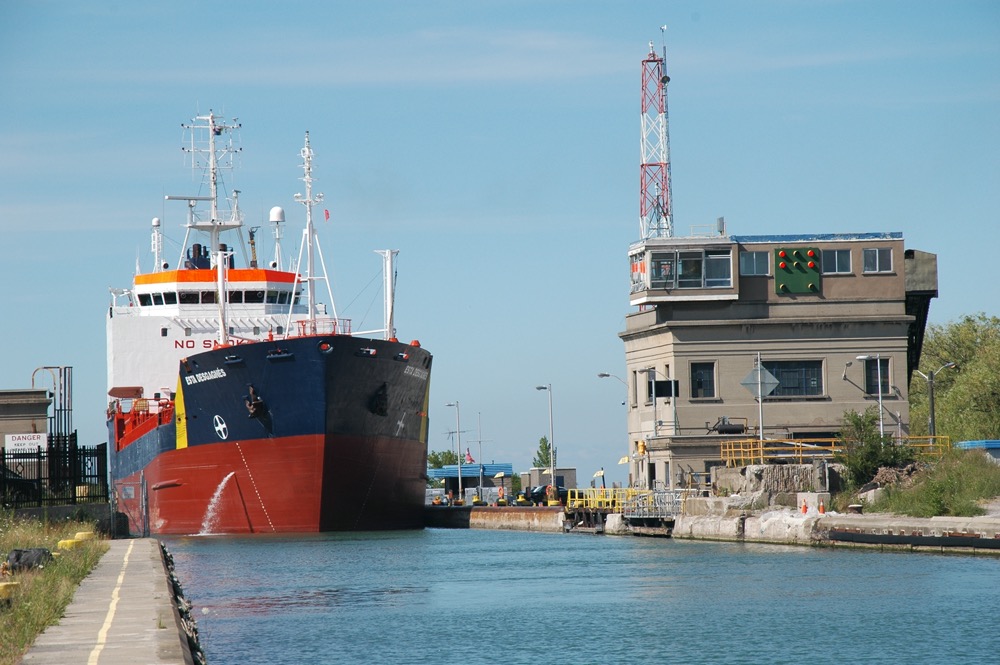 Cornwall, Ontario – The St. Lawrence Seaway Management Corporation (SLSMC) announced today that more than 38 million tonnes of cargo transited the system during the 2021 navigation season which, despite another challenging year, is above last year’s results.

Iron ore, steel slabs and other steel products posted strong performances, contributing to over 10.5 million tonnes of the total. This was driven by demand from both the automotive and construction industries. These results, and the fact that the waterway traded cargo with over 50 countries, confirm the Seaway’s role as an important transportation corridor connecting North America’s largest industrial hubs to markets around the world, as well as in identifying export opportunities and contributing to the economic recovery.

Petroleum products and other essential chemical products were up some 5%, and are starting to return to more normal levels. Such varied cargoes as stone, cement, potash and aluminium were also up. Grain, at 10.6 million tonnes, is below last year’s exceptional results due to a smaller crop and drought conditions in both western Canada and the U.S. mid-west. Canadian grain, however, was still tracking at a 5-year average.

“At the Seaway, we continue to demonstrate our resiliency and operational sustainability”, said Terence Bowles, President and CEO of the SLSMC. ”In spite of the many challenges experienced by the transportation industry this past year, the Seaway was able to maintain its operations and its position as a reliable commercial transportation corridor, ensuring consistent and predictable service for its customers and supporting the Canadian and U.S. economies during this difficult period.”

Reliability of the system is attributable in part to a robust maintenance program. Over the past navigation season and through the upcoming winter months, close to $70 million is being invested in SLSMC maintenance and repair work. Over the past decade, the SLSMC and GLS have invested CAN$925 million in modernizing the binational Seaway infrastructure assets. This economic activity supports many local jobs and enterprises in the communities adjacent to the Seaway.

Craig H. Middlebrook, Deputy Administrator of the U.S. Great Lakes St. Lawrence Seaway Development Corporation (GLS) said, “Throughout another year of challenges to the transportation industry, the Seaway’s performance highlighted its continued resiliency as a maritime supply chain. The Seaway handled an increase in cargo tonnage over the navigation season, and did so safely, reliably, sustainably, and in an environmentally sensitive manner. Seaway users know they can rely on the waterway to meet their domestic and international cargo needs.”

For over 60 years, the Canadian and U.S. Seaway Corporations have worked closely with stakeholders to strengthen partnerships, enhance efficiencies and drive sustainable growth. Today, the Seaway is a world-class energy-efficient waterway, an essential transportation corridor for North American goods and services, as well as a strong environmental alternative to other modes of transportation.

The last commercial transit of the 2021 navigation season through the Montreal-Lake Ontario section occurred on December 31st. The Welland Canal had a later closing date, with the final vessel transiting on January 7th. The Seaway canals and locks traditionally re-open for shipping in mid-March, with major maintenance programs occurring during the non-navigation season. Photo SLSMC