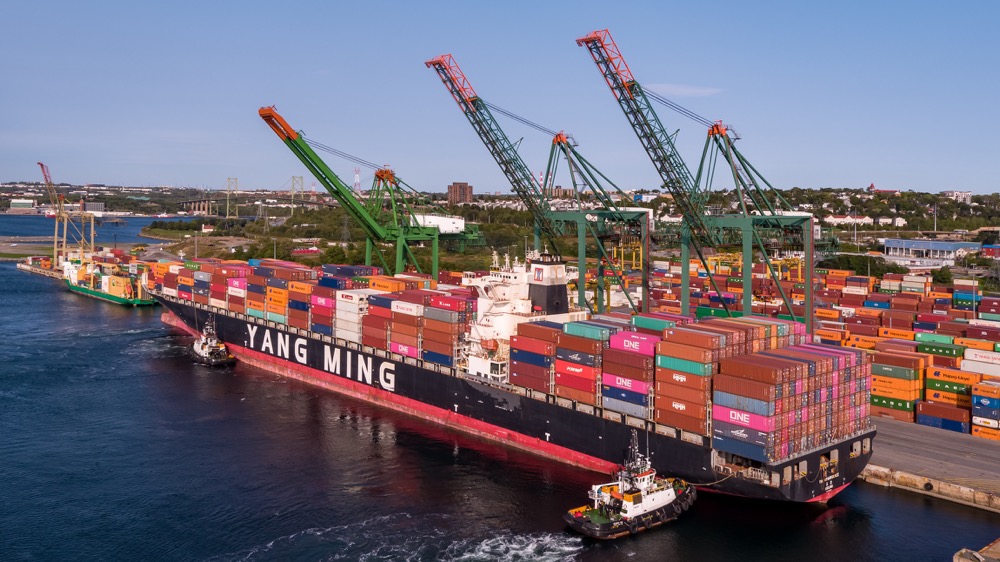 PSA Halifax’s Atlantic Hub terminal is located at the south end of the city of Halifax and new investment in mega-vessel handling capability over the past two years have future-proofed its long term competitiveness, allowing it to handle the largest vessels ever to call at Canada’s ports to date. PSA Halifax’s Fairview Cove terminal, at the north end of the city, will complement Atlantic Hub’s existing operations for vessels of up to 8,000-TEU capacity as part of its integrated offerings.

Tan Chong Meng, Group CEO of PSA, said, “PSA Halifax’s Atlantic Hub was our Group’s first coastal terminal investment in Canada and we are pleased to be given the opportunity to also operate the Fairview Cove terminal. This will allow the port to expand its service offerings and transform it from a coastal to a global hub port – enhancing competition, presenting significant efficiencies and strengthening Halifax’s position as a port of choice. To this end, we look forward to greater collaboration with the Halifax Port Authority, CN Rail and other partners, as we seek to extend Halifax’s hinterland to new markets. PSA Halifax will continue to work closely with our stakeholders to jointly explore and develop sustainability-driven, value-add services beyond the port, to benefit supply chain customers and the greater maritime ecosystem.”

“Our operating model provides cost advantages to those looking for a reliable and efficient way to move cargo inland now and in the future,” said Captain Allan Gray, President and CEO, Halifax Port Authority. “We know that the cargo owner has options and decides what is best for them after carefully weighing time, reliability and cost, so with a new long-term lease agreement in place with PSA Halifax and more streamlined operations from the pilot station right through to the terminals, we are confident that we can work with partners to ensure the cost remains competitive. In addition, we will continue to invest strategically in new infrastructure to maintain and build on today’s excellent service and will not promise more than we can deliver as a team.”

“This is a significant milestone for all parties involved,” said Thomas J. Hayes, Chair of the Board of Directors, Halifax Port Authority. “Halifax is a port that can handle the large vessels and focuses on operational efficiency. This new operating model will allow PSA Halifax to capture new efficiencies which will ultimately help drive more cargo through our international gateway, creating opportunities for Nova Scotia manufacturers, importers and exporters, and more cargo-related jobs across the supply chain.”

Jan Van Mossevelde, CEO of PSA Halifax, said, “With one dedicated ILA workforce and an efficient facility comprising both terminals, PSA Halifax will have a stronger and more capable team to deliver consistent and high quality service to ocean carriers, shippers and stakeholders across this great Page 2 of 3 city. The optimisation of berth capacity in the Port of Halifax also supports the Government’s sustainability objective of reducing cross-town truck traffic. We will work to ensure that the Port City of Halifax continues to provide creative supply chain solutions for Canadian exporters and importers, as well as reliability into US markets.”

The joint operations will allow PSA Halifax’s Fairview Cove terminal to build on its extensive railhead, RoRo (roll-on roll-off) capabilities and location to drive greater connectivity for shippers. At the terminal, additional westbound service options made available to importers from North Europe and California dovetail with weekly South Asia vessels.

PSA Halifax’s Atlantic hub terminal continues to build up Eastern Canada’s leading ‘Ultra-class’ capable hub, providing to the largest container ships on North America’s east coast, minimal deviation routes from Asia and Europe on all trans-Atlantic routings. The terminal has in recent years welcomed a new service from Europe and announced Canada’s first direct connection to and from India. In May 2021, it received Canada and East Coast North America’s largest container ship, handling its first 16,000-TEU capacity vessel from Asia.

With fast and efficient CN Rail service, backed by a unique and growing network of coastal feeder opportunities, PSA Halifax’ Atlantic Hub and Fairview Cove will offer superior logistical support and environmentally-beneficial options for a broad range of shippers. (Photos of PSA Halifax terminal and Fairview Cove from HPA)