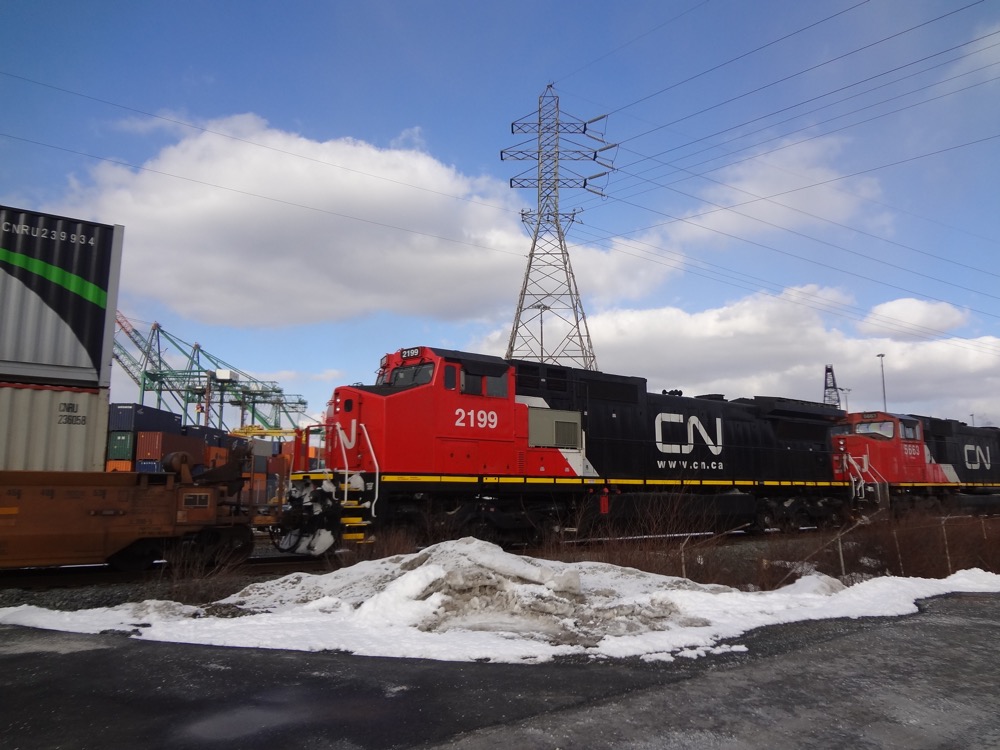 To varying degrees, the impact of the strike launched Tuesday on the CN rail network by some 3,200 conductors, train and yard personnel is being felt by shippers and ports across Canada. The conflict presents an immediate challenge to the new federal cabinet of Prime Minister Justin Trudeau sworn in today. The ports that could be most potentially affected are Vancouver, Canada’s largest port, Montreal, Prince Rupert and Halifax. At both Halifax and Prince Rupert, CN is the sole rail provider linking these ports to Central Canada and the US Midwest.

« The Association of Canadian Port Authorities is concerned that a lengthy CN Rail work stoppage would not only significantly impact port authorities that rely on rail service to move international and domestic cargo, but that it would also have a negative impact on Canada’s economy, » said ACPA President Wendy Zatylny. « Disruptions in shipments will be detrimental to the role that Canada’s major ports play in the supply chain system, and will be felt by other industries such as the auto sector and grain producers, for instance. We hope that the situation will be resolved quickly. »

At the Ottawa-based Chamber of Marine Commerce, Bruce Burrows, President, declared: « The CN strike means that it is even more important for the Great Lakes-St. Lawrence shipping system and the marine mode to deliver for its customers in the month of December. »

The strike, the first at CN since 2009, was called by the Teamsters Canada Rail Conference after negotiations remained deadlocked after a midnight deadline. The workers, who have been without a contract since July 23, have been seeking a new collective agreement that rectifies long hours, fatigue, and what they regard as dangerous working conditions. Business and opposition political circles have called for the federal government to step in rapidly with back-to-work legislation, as has happened in the past in such cases, but the House of Commons is not scheduled to re-open until Dec. 5.

« Major disruptions like this strike cause significant losses and layoffs throughout many industries, » said Bob Ballantyne, President of the Freight Management Association of Canada. « Beyond the immediate impact to CN and its customers, the resulting impacts on exporters and importers, on manufacturers, on ports, on connecting railways in Canada and the U.S., and on empty container and rail car supply cannot be overstated. »

« It should also be noted that CP and the trucking industry will not be able to handle the additional workload, » Mr. Ballantyne added.
It is estimated that CN will be able to fill about 60 per cent of the lost conductor jobs with office managers and other certified workers. The railway reportedly will prioritize intermodal cargo – but it remains to be seen how long this can be sustained in the event of an extended conflict, analysts said.

At the Port of Montreal, Tony Boemi, VP Growth and Development, told Maritime Magazine that « we have seen no major disruptions so far. »  He indicated however that he has received phone calls from some automobile manufacturers « looking at alternatives » for shipping their products.

The strike has come at a bad time for the resource sector, notably coinciding with the peak shipping season for wheat and canola farmers in western Canada. These two commodity exports harvested in September and October are typically railed to Vancouver and Prince Rupert for transshipment onto vessels destined for key markets Asia. Chemical producers, forest industries and mining companies have also expressed serious concern.

At the Port of Vancouver, Robin Silvester, President and CEO, warned: « To bring it back to the highest level, one dollar in three of Canada’s trade beyond North America moves through our gateway and that is going to stop moving in the next day or. »

CN carries roughly half of the overseas trade. And according to Mr. Silvester, CP Rail will not be able to take over CN cargo in and out of the port – thus congestion at container terminals will also affect truck movements and delay commodity shipments.

For its part, the Port of Halifax (see photo) released a statement underlining the importance of rail service to the port. « The Halifax Port authority is monitoring contractual developments and CN is keeping HPA informed. Terminal operators, CN and HPA are coordinating activities. » (photo HPA)