On our Forum: Shipmasters deserve greatest respect for difficult decisions made in stormy conditions 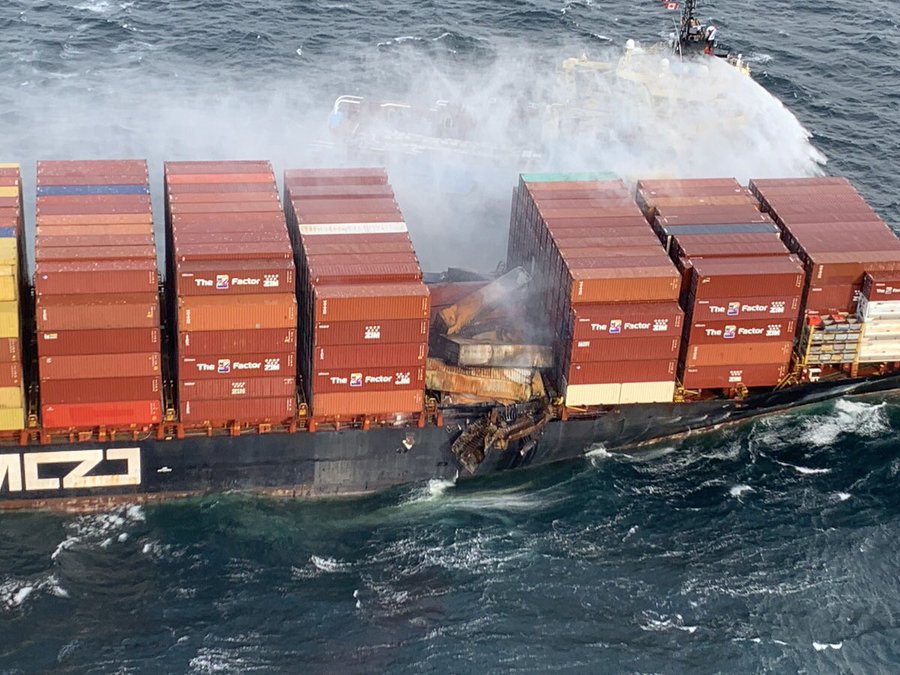 In this world where virtue-signalling competes with the need to blame everyone, maybe we should not be surprised at the growing enthusiasm to second-guess somebody else’s decision-making. The dogs of blame are clearly out for the master of the 4526teu Zim Kingston, which in late October lost some 100 boxes over the side in heavy weather off the coast of British Columbia, with commentators and low-ranked coastguards appearing to be surprised that the ship did not shelter from the approaching storm, rather than tough it out in the Pacific. And as more boxes or their contents drift up on the shoreline, one would not be surprised to see the poor old master ending up in court for his decision making.

Cases like this bring back memories of the way in which blame invariably attaches to the people who are in the decision-making hot seat, while everyone in management who might have put him there escapes any retribution. “There is always some b….. who knows better than me, even though I have more than forty years at sea and nearly thirty in command” I recall an exasperated senior officer declaiming from the podium at a conference I once attended. He received a good round of applause, although I expect some blighter in the back of the hall was marking him down as a trouble-maker.

I can look back further to the words of one the best shipmasters I ever sailed with, who seemed unusually downcast as he drank his evening cocoa with me as he wrote up his night orders. Normally the very soul of cheerfulness, he said he had been reading an account of an inquiry into a collision in fog in which the master of one of the ships, who had lost his daughter in the crash, has subsequently been censured and had his certificate suspended. “Whatever you do, Mister, somebody is going to blame you, because hindsight is a wonderful thing”. In the same gloomy mood, he went on to say that if he was unfortunate enough ever to lose a ship, he would “make sure he went down in her”. He was a lovely chap, but while he never did have a serious accident, he did not enjoy his retirement for very long.

So, whatever the logbooks aboard the Zim containership might record, they will now be picked over to discover what better alternatives the master might have chosen, to keep his boxes safe aboard as the storm approached. Should he have sought some safe anchorage? But would the anchorage be indeed safe, with the amount of windage of a laden containership? And surely it is a very natural reaction, on a ship which was designed for ocean-going, and not a tiny  coaster, to stay well clear of a rocky coast, with plenty of sea room for manoeuvre. But whatever he did, it will inevitably be judged wrong, and there will be plenty of critics coming forward. The chances are he will get the blame if it is discovered that the lashing points might be a trifle worn on the 13 year old workhorse. Was the crew out checking the lashings, every minute of the passage? There will surely be plenty of scope for blame – there always is.

Sadly, in the media, in the general public and often in a lot of shore-side management, there is a lack of comprehension about what it is actually like to run big ships at sea. Sometimes you get the impression that they all believe a big ship handles with the precision of a small car, no matter what weather she might be in. I see the people investigating the burst pipeline that recently spilt oil on the Californian beaches are busy trawling through AIS records for the past year, to try and find some wretched shipmaster to blame.

I don’t know that was advertised as one of the primary uses of this device, when it first appeared, but dragging an anchor tends to be viewed as a potential crime, no matter how extreme the weather or what we used to call the “quality of the bottom”. It never occurs to anyone that those who fail to properly bury cables and pipelines sufficiently might have some small responsibility, if their vulnerability is exposed by an anchor or trawl. And while the needs of ships invariably seem to come well behind the demands of those positioning offshore rigs, wind turbines and the like, it wouldn’t hurt for them to be rather more “precautionary” in their approach.

But the ships are invariably in the wrong, possibly because they are manned by foreigners and fly funny flags. I am trying to avoid any reference to the great doom-laden enviro-fest in Glasgow, where the contribution of the world fleet “to global warming” will be under review. But I did note there was some reptile this morning complaining that the two big Baltic ferries moored in the Clyde for accommodation were disgracefully running their diesel generators, polluting the pristine air. Greta will not be amused. (Photo Canadian Coast Guard)

* Michael Grey, who spent 12 years at sea with the Port Line of London, is former editor of Lloyd’s List. This column on a highly-sensitive maritime world subject is published with the kind permission on Maritime Advocate Online.