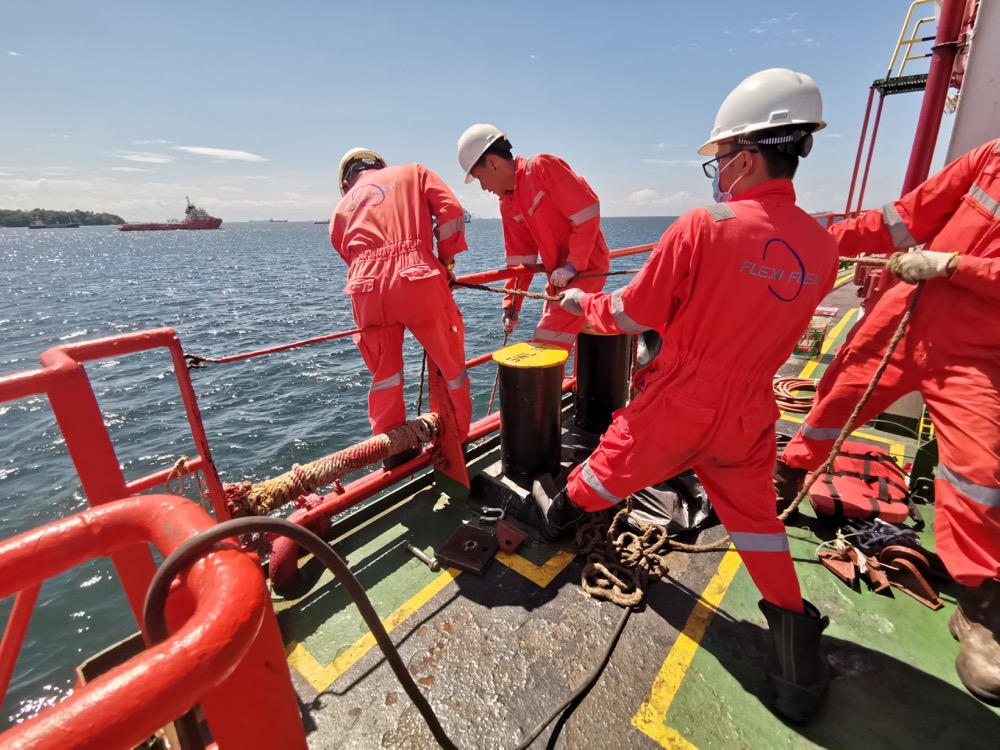 Over the next two years, seafarers working aboard more than 9,000 flag-of-convenience vessels will be receiving a pay increase of 4.5%, the International Transport Workers’ Federation(ITF) announced after a deal with maritime employers was struck with employers represented by the Joint Negotiating Group (JNG). The agreement recognized the enormous sacrifices of seafarers during the pandemic crisis.

The ITF and JNG met from 1-3 September 2021 for important negotiations on wage increase and other cost elements. Due to the pandemic, the social partnership had agreed to defer the start of the negotiations for the period 2021-2022, initially scheduled for March 2020.

The International Bargaining Forum (IBF) Framework Agreement between the ITF and the Joint Negotiating Group (JNG) sets the terms, conditions and pay for the world’s international seafarers working aboard vessels flying the flag of an open register designated as flag of convenience by the ITF.

“The negotiations were particularly challenging due to the profit variations in the industry, as well as the increased operational costs due to the pandemic,” the ITF said.  “However, both parties acknowledged the need to recognise the sacrifices that seafarers have made during the pandemic, continuing to keep global trade moving whilst unable to return home following the expiry of their contracts, and receiving no wage increase in 2021.”

The negotiations were successfully concluded with the following agreement:

Prior to the negotiations the social partners have had a period of exceptionally close cooperation, with both sides being deeply frustrated by the treatment of seafarers during the Covid-19 pandemic by the world’s governments. Blocked from accessing crew change to go home at the end of contracts, and even barred from many countries’ hospitals; labour and employer groups have been engaged in joint efforts to ensure seafarers’ rights are restored.

“From the initial risk the pandemic posed to seafarers, to the ongoing challenge of seafarers sometimes being denied emergency medical treatment by port states, to the global scandal that is the crew change crisis: through the last 18 months seafarers have shown exceptional professionalism and commitment,” Mr. Heindel said. “Therefore, we are proud we have managed to deliver increases to seafarers’ income.  Their daily sacrifices to keep supply chains moving, delivering the goods critical to our recovery to billions of consumers and businesses is recognised.”

“Employers in the maritime industry, the shipowners, the management agents: the difficult and stormy waters of this pandemic have brought us closer to the crew. We see the sacrifices they have made, and, where within our means as businesses committed to being around in the future: we have endeavoured to recognise the seafarers’ efforts.”

Also from the employers’ side of the table, Chairman of JNG and IMMAJ  Toshihito Inoue added that: “The pay agreement locks in stability in the seafarer wage market going forward, allowing employers to better weather the volatilities in demand being experienced in various shipping markets since 2020”.

ITF President and Dockers’ Section chair Paddy Crumlin, who participated in the negotiations in his capacity as co-chair of the ITF’s Fair Practices Committee, welcomed the deal. “This is an important outcome not only for seafarers, but all maritime workers, as it shows commitment from reputable employers to the continued global collective bargaining process that is essential for the global supply chain. Multinationals in other sectors should strive to ensure proper framework agreements for their direct and indirect employees in their global supply chain.”