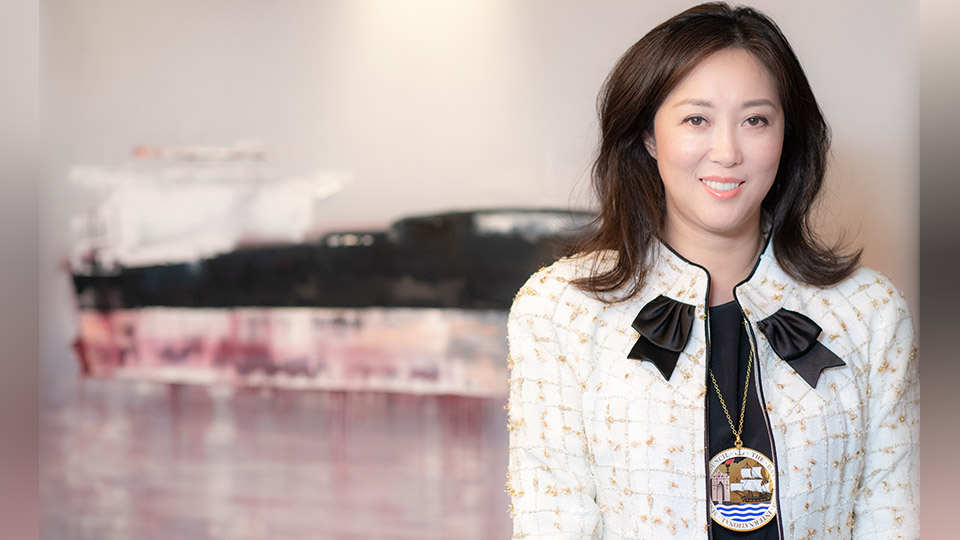 Sabrina Chao takes over as the 45th President of BIMCO, the fifth president to be based in Asia and the third to be based in Hong Kong. She takes over from Şadan Kaptanoğlu, managing director of Kaptanoglu Shipping, who has completed her two-year term.

“I am honoured to be offered this opportunity by an organization that is trusted worldwide with a membership representing over half of the world cargo fleet,” says Chao.

“Over the next two years, one of my key priorities is to use this opportunity to help increase awareness of our industry and our seafarers. The pandemic has exposed the lack of knowledge by policymakers about the important role we play in society, causing inaction when it comes to solving urgent issues including the crew change crisis and piracy. We need to keep raising our voice outside of our industry,” Chao says.

Sabrina Chao has been in the shipping industry since 2001 and joined the family business – Wah Kwong Maritime Transport Holdings Limited in 2002. Chao held the position as Chairman of the group from 2013 until August 2019 and from 2016, she served a two-year term as Chairman of the Hong Kong Shipowners’ Association.

“I also see my appointment as a great opportunity to help strengthen BIMCO’s position throughout Asia, growing our voice and visibility through engagement with members and with regulatory bodies,” says Chao.

“We need strong industry bodies more than ever, as we face a tremendous amount of regulatory pressure from governments. We must work together to find solutions to decarbonise while assuring a level playing field. I am honoured that I will take part in this journey with BIMCO,” Chao says.