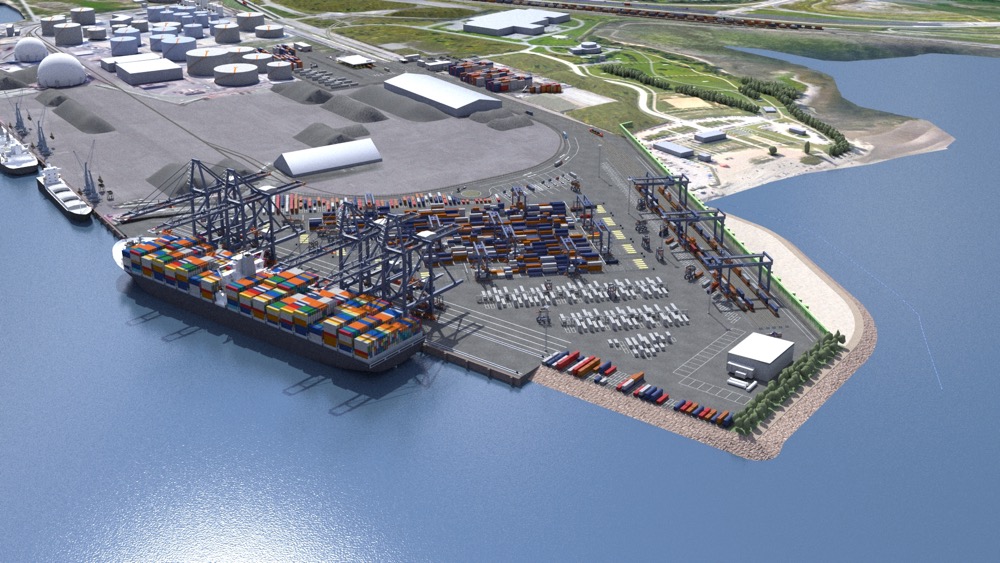 The Port of Quebec’s ambition to emerge as a second container gateway on the St. Lawrence River with Montreal appears seriously jeopardized after Jonathan Wilkinson, the federal Minister of the Environment and Climate Change, announced his refusal to endorse the Laurentia project.

This followed the release yesterday of the final report of the Impact Assessment Agency of Canada which concluded that “the project is likely to cause direct and cumulative significant adverse environmental effects” on a number of components despite the implementation of currently planned mitigation and monitoring measures. A final decision is expected to go soon before the federal cabinet, with its timing yet to be determined.

Minister Wilkinson said his decision was made after considering the agency report as well as public and Indigenous comments. The question, he said, of whether the cumulative effects “are justified must now be referred to the Governor in Council.”

The Laurentia project in the Beauport sector entails an investment of C$775 million by Hong Kong-based Hutchison Ports, CN and the Port of Quebec to build a deep-water terminal conceived principally as a new maritime gateway between North America and Southeast Asia, targeting notably the Midwest market from its strategic location.

Playing a key role piloting the project has been Don Krusel who spearheaded the transformation of Prince Rupert, British Columbia, into the fastest-growing container port in North America in the past decade.

Laurentia is slated to be operational by 2024, with an annual capacity of 700,000 TEUs. CN and Hutchison have pledged to inject over C$500 million in the venture. There have been ongoing discussions with the federal and Quebec governments to complete the financing.

Whereas a number of municipalities and businesses in the Province of Québec have voiced support for the project for its economic benefits, local environmental activists and citizen groups have strongly opposed what they see as an unacceptable attack on a unique coastal region and way of life in Québec.

If the project ultimately collapses, it would be a major blow not only to CN and to Mario Girard, President and CEO of the Port of Quebec, who has been extolling Laurentia’s capacity to attract large container vessels unable to call at Montreal due to draught limits, but also to Hutchison Ports, a leading global port operator which has recently already been rebuffed by Israel and Australia.

In his first public reaction today, Mr. Girard told CBC/Radio Canada that the agency report, “In no way means the end of the Laurentia Project.”

The impacted components listed by the agency included fish and fish habitat, air quality, human health, the current use of land and resources for traditional purposes (more specifically related to fishing), socio-economic conditions related to recreational and commercial fisheries.

“In addition, Fisheries and Oceans Canada considers that the fish habitat offset project would not, under the Fisheries Act, adequately offset many of the lost habitats, “ the report said, adding: “It would also not ensure the survival or recovery of striped bass, a species protected under the Species at Risk Act.

“The Agency believes that the Project could have a significant direct and cumulative adverse impact on First Nations’ Aboriginal and Treaty rights, including the exercise of fishing rights and related cultural practices. Also, taking into account the implementation of mitigation measures, the Agency concludes that the Project is not likely to cause significant adverse environmental effects on other components of the environment under federal jurisdiction.”