Port of Toronto moves more than 2.2 million tonnes in 2020 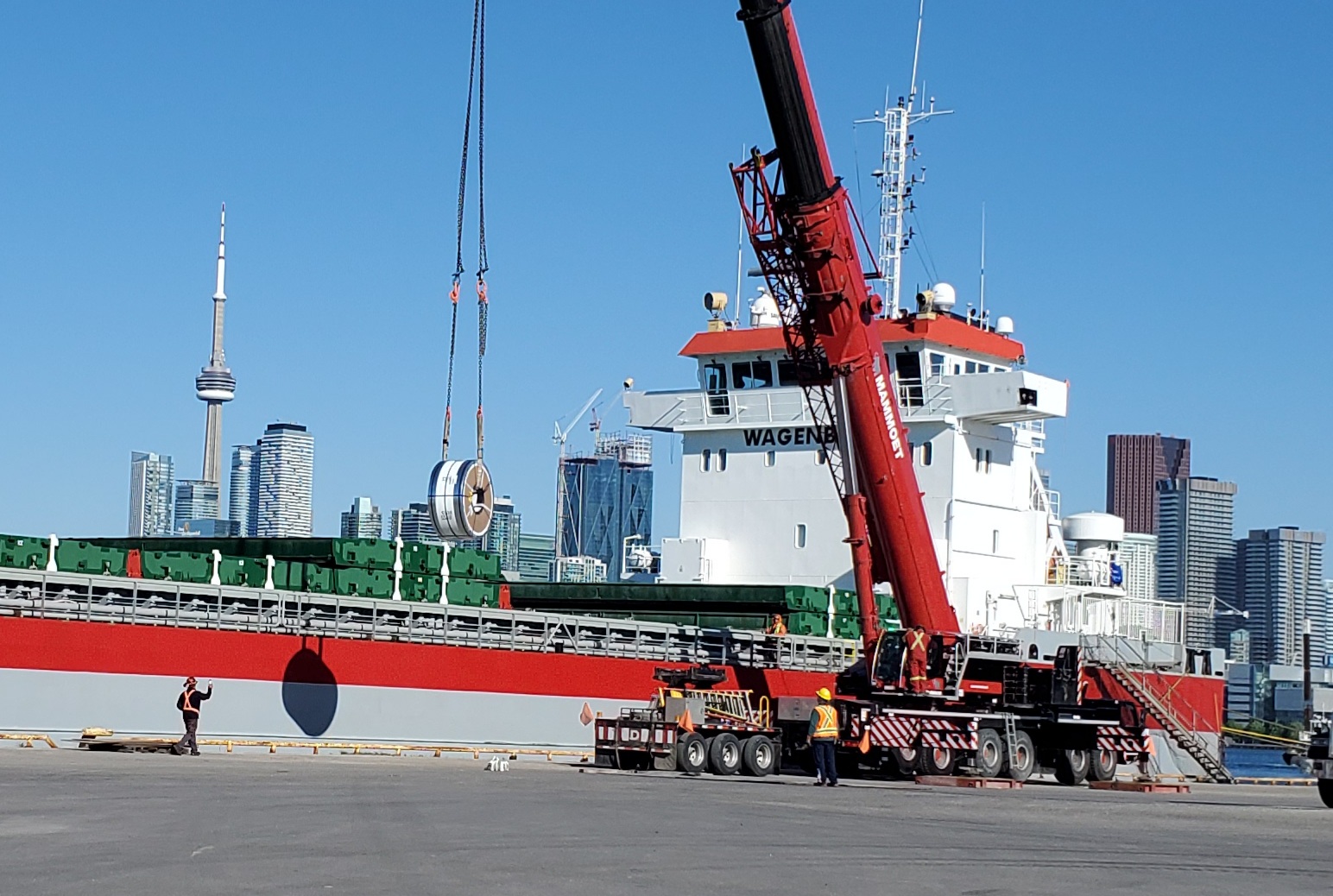 Toronto – For the fourth consecutive year, the Port of Toronto moved more than two million metric tonnes of bulk and general cargo products, which represents another strong year in marine imports for the city. Despite the challenges of the COVID-19 pandemic, in 2020 the Port of Toronto experienced another strong year in steel imports, received the highest cement cargo levels in 16 years, and saw the return of Short Sea Shipping—demonstrating the Port’s position as a vital part of Toronto’s economic infrastructure and movement of goods.

In 2020, 174 cargo vessels visited the Port of Toronto, offloading a range of containers, bulk, project and general cargo products. Overall, the Port moved 2,208,358 metric tonnes of cargo, bringing road salt, sugar, cement, aggregate and steel directly into the city’s core. With the Greater Toronto Area’s construction industry showing no signs of slowing down, the port recorded its highest cement cargo imports in 16 years with more than 728,600 metric tonnes delivered through the Port of Toronto last year. The Port also recorded an 11 per cent increase in sugar imports, with 638,283 metric tonnes imported from Central and South America to support Toronto’s food and beverage industry.

In addition to importing 677,726 metric tonnes of salt and 92,072 metric tonnes of aggregate in 2020, the Port had another strong year for steel products such as steel coils, rebar, plates and rail from Sweden, Spain and Turkey, totalling more than 59,381 metric tonnes.

« The Port of Toronto experienced another strong year in 2020, with more than 2.2 million metric tonnes of cargo moving through the port and carrying much of the food, construction materials and other resources that the Greater Toronto Area needed to keep it moving during these challenging times, » said Geoffrey Wilson, CEO, PortsToronto. « Despite the challenges of the COVID-19 pandemic, we saw an increase in imports of sugar and cement last year, as well as having another strong year in steel cargo transiting through the port to Toronto’s booming construction sites. In 2021 and beyond, the Port of Toronto will continue to provide Canadian and international businesses with a convenient, cost-effective and environmentally-responsible way of bringing goods into Canada’s largest city. »

As a response to the COVID-19 pandemic, the Government of Canada suspended the 2020 cruise ship season. When the time is right, the Port of Toronto will be ready to once again welcome Great Lakes cruise ships to Toronto, an important contributor to Toronto’s tourism industry that brought approximately 12,000 visitors to Toronto in 2019.

Through its mixed-use facilities, the Port also plays a role in supporting Toronto’s $2 billion film industry by providing a production hub for industry players such as Cinespace and Netflix. This complementary use is facilitated in parallel with traditional port operations and has proven to be successful in ensuring the full utilization of PortsToronto property.

Further, the Port of Toronto saw the first of several bridge spans arrive from Nova Scotia via tug/barge for Waterfront Toronto’s Villiers Island project, and was critical in providing berthing for marine equipment working on the City of Toronto Ashbridge’s Bay Sewer Treatment Plant new outfall project. (photo of Wagenborg multi-purpose vessel by Port of Toronto)