Port of Québec marks arrival of first ship of 2023 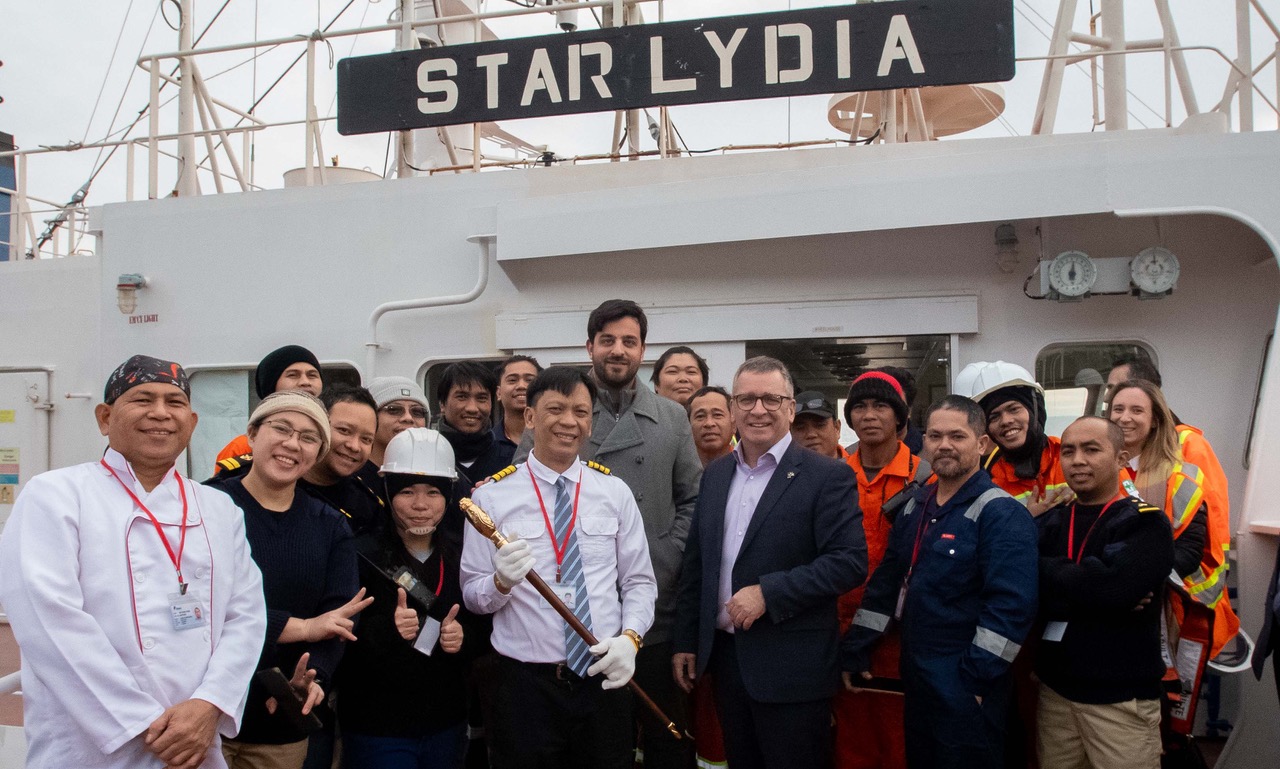 For the 188th consecutive year, The Port of Québec is proud to confirm the arrival of the first ocean-going vessel from a foreign port to dock at its wharves. The Star Lydia arrived at the Port of Québec from Malta on January 2, 2023, at noon. Subsequently, the prestigious Gold-headed Cane was presented to Filipino Captain Joselito S. Claridad who was at the helm of the ship.

« The awarding of the Gold-Headed Cane is a tradition that began almost two hundred years ago, in 1835, in Québec City,” noted Mario Girard, President and CEO of the Port of Québec. “We owe it to shipbuilder John Munn who was the first to cross the Atlantic in a steamship built in the city. When arriving in England, he was honoured with a gold snuffbox. He instituted this practice upon his return to reward the captain of the first ship of the year to successfully sail the waters of the St. Lawrence River to Québec City.

“Over time, the snuffbox was replaced by the Gold-Headed Cane. The event’s timeframe has changed through the years: the Gold-headed Cane race used to be held in spring, but advances in winter navigation now allow the first ship of the year to set sail in the early days of January. This tradition remains one of the finest in the history of Québec’s maritime and trade industry, and it is with great pride that we carry it on.”

Built in 2013, the Star Lydia arrived at the Port of Québec at noon on January 2, 2023. The bulk carrier docked at section 105-106 of Sollio Agriculture’s facilities to load a cargo of soybeans for animal consumption. The ship will then head to the United Arab Emirates.

We would like to acknowledge the work of the Corporation of St. Lawrence Pilots, including the docking pilot Benoît Nayet, who made it possible for the ship’s safe arrival in port. Let us also mention the excellent work of the Ocean Group, which allowed the mooring operation to be carried out efficiently.

A reception to mark this tradition will be held on January 11 and the Port of Québec will take the opportunity to present a retrospective of 2022. (Photo Port of Québec)