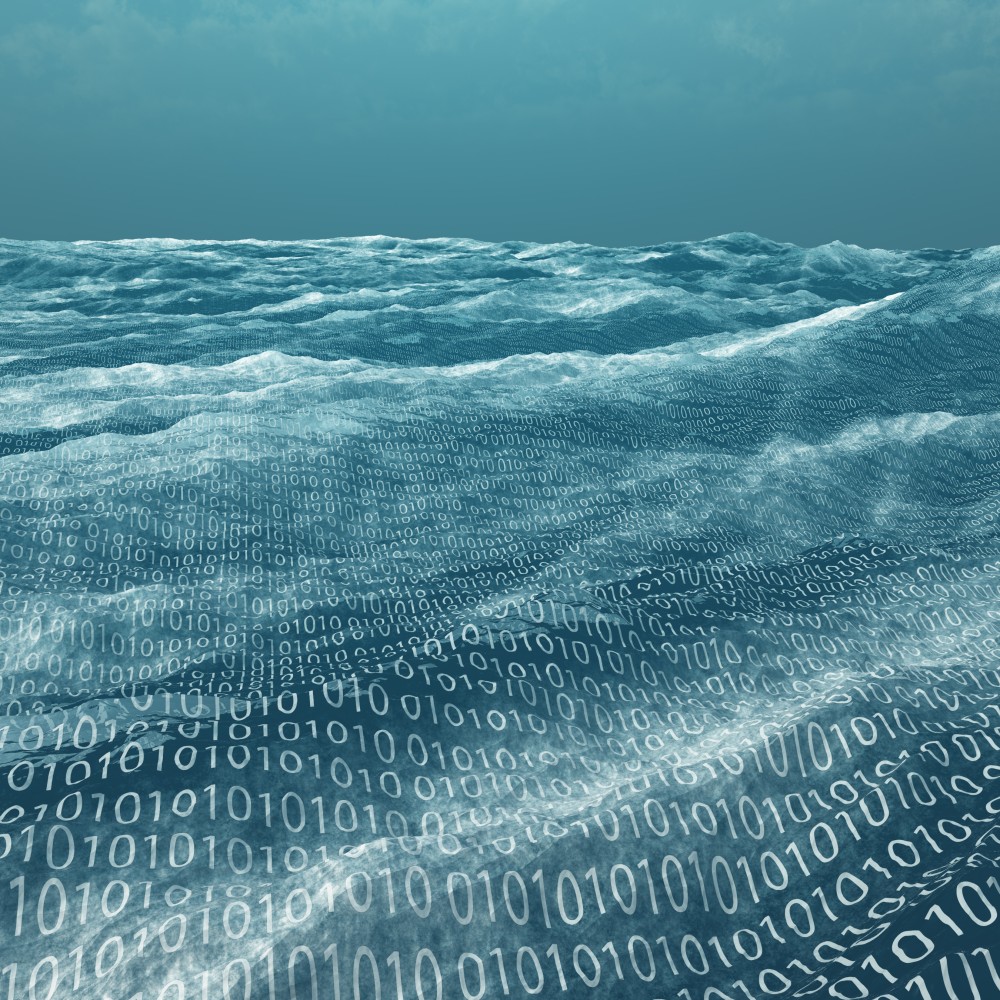 Do you know the name of the first navigator who used « weather routing » on his voyage from Europe to faraway lands and back? It wasn’t Christopher Columbus, Vasco da Gama, Juan Sebastian Elcano, Walter Raleigh or any other famous name from the XV or XVI centuries. It was a much lesser-known figure. Antón de Alaminos, the pilot of another well-known discoverer, Juan Ponce de León, made the first roundtrip from Europe to the Americas, taking advantage of the winds and currents. On his way to the Americas, he followed, like others, the trade winds discovered by Columbus, but he used the Gulf Current and the westerlies on his way back to Europe. After his voyage, that became the « official » route to return to Europe from the new continent.

In this article, my mind navigates to the fascinating world of modern weather routing systems. Although the science of weather routing has evolved immensely since the days of de Alaminos, its fundamental concept persists: To find the optimal route for ocean voyages based on weather forecasts while ensuring the safety of the crew, vessel, and cargo. In recent years, however, technological advancements have made it easier for ship owners, charterers, and operators to conserve fuel, making modern weather routing a vital part of any decarbonization efforts in the shipping industry. Thanks to the trial account I was given by StormGeo, I accessed s-Suite, a one-stop solution to optimize time, fuel, and vessel performance while ensuring navigational and environmental compliance, and looked at the main components of modern weather routing through its three modules (s-Planner, s-Insight, and s-Routing). What I find fascinating about the most sophisticated modern weather routing solutions, such as s-Routing, is how they combine the characteristics of the vessels, including their cargo, with the forces of nature at sea. Since even the gigantic crude carriers, bulkers, or container carriers are nothing but microscopic pieces of metal compared to the oceans, weather routing becomes an incredibly helpful tool. 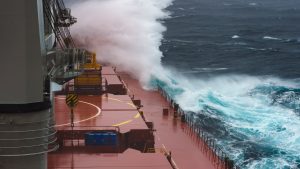 The first data s-Routing takes into account is all the necessary information about the vessel: DWT, LOA, beam, draft, trim, load condition (ballast, laden, partially laden), etc. The routing analysts at StormGeo’s Operations Centers know that they deal with a particular type of ship transporting a specified amount of cargo. The recommendations, therefore, are ad hoc to that vessel, not to a generic one.

Then comes Pandora’s box—all the data related to the forces of nature. In an example report for a vessel, I read the wind direction and strength: the letters of a rose of the winds for sixteen directions and the typical Beaufort scale from zero to twelve. For instance, on the 22nd at 00 hours, the wind direction and speed were S/4BF. Since I have the shipping route and its waypoints, I can almost feel from my imaginary deck the fresh and moderate breeze. But at 06 hours, it has slightly changed direction to SSE/4BF, keeping the moderate force. And then at 12 hours ESE/4BF, and at 18 hours NE/3BF. I also read the swell, those surface gravity waves; the numbers at 00 hours were SSE/1.0M/7S. I see that the period (the last number in seconds) was not long. From the 22nd day to the 26th, I also see that the wind and swell rarely come from the same direction, something expected given that swell is massive and crestless waves no longer supported by the wind. And then come the numbers of significant wave height; of course, the higher they are, the more difficult the navigation. In brief, following the ship’s route, I can reproduce the winds and waves it confronted during those days.

But that is not all: nature has many « characters. » One of them is the currents, those continuous and predictable movements of seawater caused by many elements, including the earth’s rotation. On the 22nd at 00 hours, for instance, its direction and speed were NNW/0.2KTS, six hours later S/0.4KTS, and so on. Other « characters » in s-Routing are the weather and current factors. The former is the speed loss due to wind, sea, and swell, a number that is always negative; the latter is the impact of the currents on the vessel’s speed, which could be positive or negative. By “blending” and processing all those variables with sophisticated algorithms, the route analysts, knowing the vessel’s speed over water and overground, can provide precise fuel and time optimization recommendations to each vessel.

And what happens when a storm is on the ship’s route? StormGeo’s expert, Solbjørg Apeland, summarized for me the four-page report they delivered to the captain of a vessel concerning a Newfoundland storm and heavy freezing spray in the Gulf of St. Lawrence. « We suggested the vessel slow-steam for approximately four days to allow this first storm to clear, then maximum safe speed after that to get into the Gulf of St. Lawrence ahead of the next storm. In the end, the vessel took a few brief periods of 6m significant waves but avoided multiple surges of 7-9m waves and also avoided prolonged freezing spray. »

There is even more! StormGeo’s sophisticated Strategic Power Routing considers the engine properties and provides the proper RPM for the weather conditions that the vessel faces at each waypoint to maintain constant power, optimize fuel consumption, and reduce emissions. In other words, the solution provides not only the best route but also the best speed according to the weather conditions and the vessel’s characteristics, including its marine engine (Strategic Power Routing, with the ideal maximum continuous rating, MCR, percentage, is becoming critical given the universal quest towards decarbonization; I will be writing a future article only about that topic).

StormGeo’s innovative software and services suite is a prime example of how advanced technology makes the complex and fascinating world of weather routing understandable and actionable for the modern navigator. And the numbers speak for themselves: With deep experience in weather routing, the route advisors provide route guidance to 68,000 voyages each year, ensuring both safety, cost reductions, and environmental compliance for navigators worldwide.

Sometimes I wish I could be an officer crossing the ocean and, from the bridge and the deck (and occasionally visiting the engine room), appreciate first-hand the forces of nature, the operation of the vessel, and the reports produced thanks to complex algorithms. I think once again about Antón de Alaminos, his round voyage using the winds and currents in his favour, and the incredible tools that human ingenuity has developed to improve navigation.

*Pablo Rodas-Martini has an M.Sc. and Ph.D. from Queen Mary and Westfield College, University of London. He is a Contributor to StormGeo.