On our Forum: Respecting the natural resources in ocean waters… 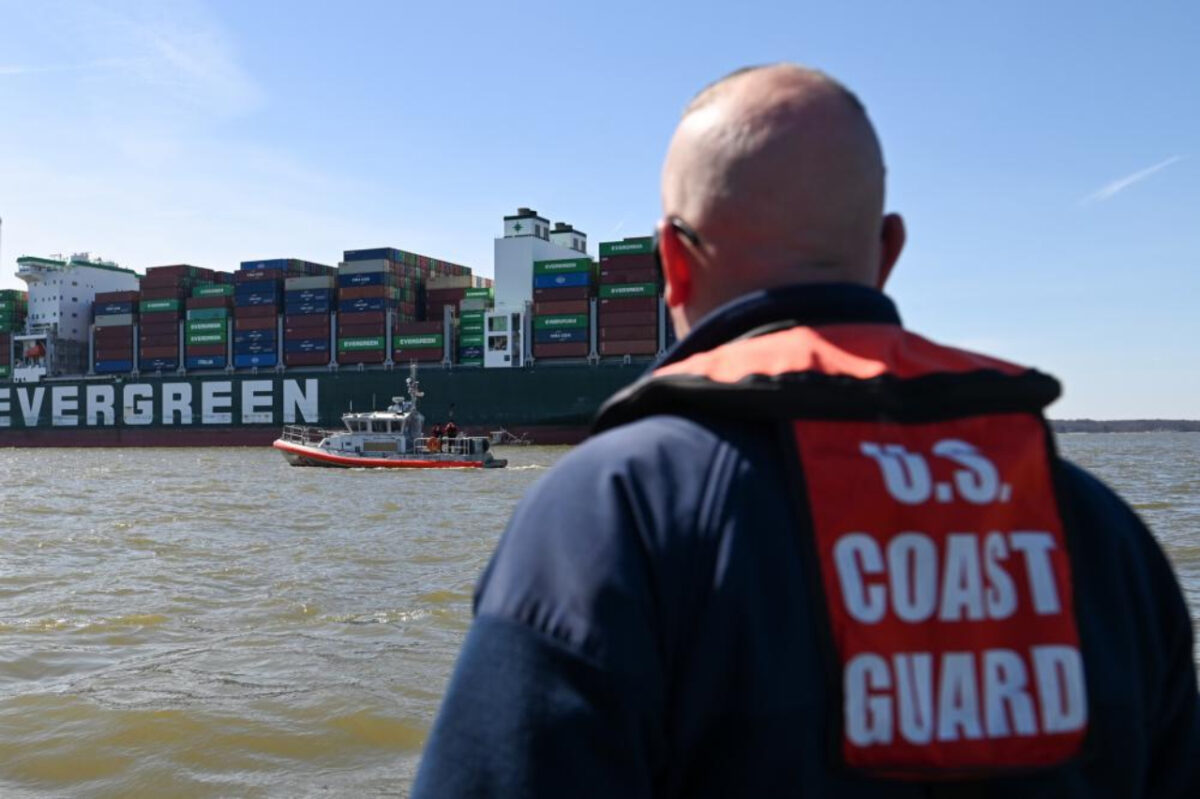 It’s a new year and the world’s wildlife is clearly striking back, from the mayhem being caused by the excursions of a walrus (allegedly named Thor, but it could equally have answered to the name of Jim) on the UK coast, to the depredations of wolves in Germany. And across in Chesapeake Bay, the oysters have exacted an expensive revenge for last March’s spectacular grounding of the Ever Forward, with Evergreen, which might have been considered an innocent party in the incident, being fined $676,200 for mitigation of the natural resources which were disturbed by the ship’s unfortunate diversion.

The Maryland Board of Public Works, which exercises sovereignty over that part of the bay, has been conducting extensive enquiries about the damage done to the wildlife and has concluded that some 41 acres of oyster growing waters were impacted by the grounding and all the dredging necessary to re-float the ship. Curiously, the research revealed no discernable impact upon the oysters, although they were probably quite annoyed by the intrusion.

Nevertheless, there must be financial penalties exacted for any disturbance to the natural resources of the United States, which has, over the years, become amazingly precise at its accounting for such impacts. Thus, the money which the ship owners will be billed can be employed in enhancing and re-seeding an equivalent area of oyster bars in the extensively cultivated waters of the bay.

But the very place where the containership plunged into the shallows, as she failed to make the bend in the channel, was also a “favored habitat” for the native blue crabs which, during the winter months, like to burrow deep into the glutinous silt which held the vessel in its vice-like grip for more than a month. And here, the researchers, with surgical precision, concluded that 423 of these crustacea were “impacted” – which possibly meant rather more than being irritated – by the 117,000gt of ship on top of them. However, they (the Maryland Board, not the crabs) seem to conclude that in terms of the whole population, it is a very small impact and the crabs will probably be back this year, although they might be cautioned to dig a bit deeper.

Of course the US Coast Guard has also been digging more deeply into the causes of the grounding and have concluded that it was largely contributed to by the inattention of the pilot, who seemed to have been conducting a series of conversations on his mobile phone, as the ship sped along the channel. His license has been suspended. Mariners have understandably been issued with yet more warnings about the use of mobile phones and their impact upon good bridge management.

Risks of untimely mobile phone use

Mind you, it might take a certain degree of confidence for the master to sharply demand that the pilot pays full attention to his task in hand and switch off his b…. mobile. But that is what masters are paid for, especially when the channel is tricky and the ship very large. There has been no shortage of warnings about distraction from these instruments and no coincidence that it is a crime in several jurisdictions to use a mobile when driving a road vehicle. Why should ships be any different?

Intervention is not without its hazards. I recall the grounding some years ago in the Needles Channel of an inbound tanker when the master, who was supposed to be conning the ship, was bawling into his mobile phone at the agent, while the Second Officer was timidly trying to alert him to the imminent danger.

But let us return to wildlife. It only seems a very short time ago that a bulk carrier was refused a berth in New Zealand and packed off to sea after excessive fouling had been detected on her hull. The shipping world was initially aghast at the new problem being foisted on the industry as those worried about biofouling decided to demand clean bottoms in their waters and, what is more, were determined to police their regulations. Firms offering underwater scrubbing services, primarily made available to lower resistance and save fuel, were delighted at this environmental turn of events and even in the last couple of years, have become ever more active.

So, there was a reminder last month that bio-fouling needs to be taken very seriously when a cruise ship was told to go away from an Australian port and get cleaned up, on account of underwater fouling, probably as a result of a warning from the cousins across the Tasman. There might have been some surprise, as the upperworks of these ships are maintained in such a pristine condition, and the passengers were probably enraged, but doubtless the warning will have universally registered in the cruise ship community, that there may be a heavy bill for barnacles and no tolerance for tubeworms.

(Image of grounded Ever Forward in Chesapeake Bay by U.S. Coast Guard)

*Michael Grey is former editor of Lloyd’s List. This column is published with the kind permission of The Maritime Advocate.