On our Forum: Questions aplenty about ship fuel problems and ‘green’ solutions 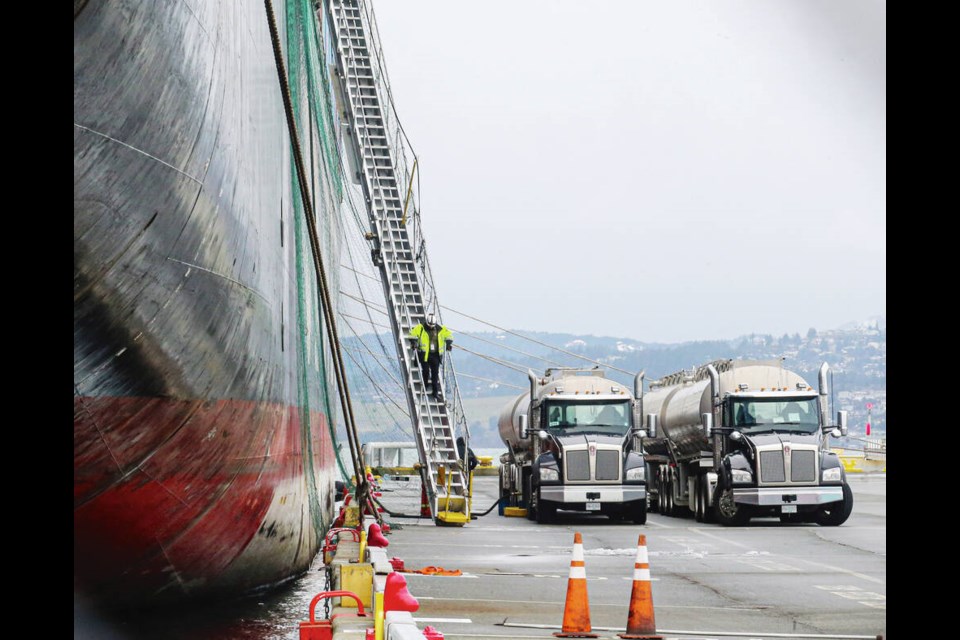 You would be, to say the least, extremely angry, if your car came to a grinding halt and the nice person from the emergency services looked up from the engine compartment and told you the engine had been wrecked because of the fuel you had been supplied by the filling station. Your sentiments might be even more extreme if your aircraft engines suddenly emitted choking noises and stopped at 30,000 feet, because the quality of the fuel was in some way deficient.

The fact is that you are able to count on the quality of what comes out of the filling station pumps, or is supplied while the aircraft lies alongside its pier, secure in the knowledge that some quality controller, or expert chemical engineer has done their job and you don’t have to worry unduly. So why is the chief engineer of a ship approaching its bunker station chewing his or her nails with concern, as they prepare to take on board hundreds, or even thousands, of tonnes of fuel into the vessel’s tanks? Doesn’t the quality of marine bunkers matter just as much, if you consider that the ship itself could be lost, or the engine wrecked by off-specification fuel?

The fact is, the answer does not appear to be in the affirmative,
As you read this the 6662teu container ship SM Busan will be lying alongside a pier in the port of Ogden Point with the crew and machinery specialists pumping ashore her fuel into road tankers after the ship was completely disabled a short distance into her Pacific crossing from Portland to South Korea. She had lost propulsion on Christmas Eve and drifted for more than two days in a gale, before limping back to the coast, with tugs in attendance.

It was interesting to note that the latest journal of the International Salvage Union, published just before the holiday, noted a slew of large vessels disabled off the South African coast and rescued by salvage tugs.

Indeed “disabled” ships requiring tug support featured quite largely in the reports from salvors around the world and it would be a fair assumption that at least some of these were suffering from “fuel problems”. And there is plenty of evidence that these fuel problems are often caused by mandatory changes to or from low sulphur fuel, or something nasty such as fines or chemicals in the fuel itself.

But surely prudent owners will be employing expert fuel testing laboratories to make sure that the tiger in their tanks will not bite them? Certainly, that’s the advice, but it tends to be the case that the charterer who is buying the fuel may be unwilling to pay for these analysts. The fuel the charterer has sourced is an absolute bargain and it’s not his engine they will be pouring the stuff into. And maybe the owner or manager will not shell out for these services automatically, hoping that the voyage will be accomplished without problems. That’s the old percentage game, that is increasingly played in our industry, where the troubles all happen to somebody else, except when they don’t.

The trouble is that keeping engines running smoothly is getting much more complicated, with different grades of fuel having to be carried, and even though there may be all sorts of earnest injunctions about not using fuel that hasn’t been given the green light by the laboratory, accidents do happen.

And it is going to get ever more complicated as the industry becomes involved with ever-greener fuels and fuel of very different characteristics to the simple old sludge diesels once digested. If we can’t trust the bunker supplier to provide fuel that won’t wreck the machinery today, will the situation be better, or worse, when many more people are buying bio-fuel, or LNG, or methanol, hydrogen or ammonia?

You would like to think that bunkering such sophisticated stuff shouldn’t be a matter involving such angst and the quality of ships’ fuels should be beyond speculation, like fuel supplied to other industries. But you wouldn’t put money on the emergence of the reliable and high quality system that other modes of transport enjoy.

We shouldn’t have big ships’ machinery coughing and spluttering as the pilot tries to manoeuvre it in tight port situations, as is regularly reported these days. More to the point, we really shouldn’t have to depend on the ultimate insurance of powerful salvage tugs to keep disabled ships off lee shores, after their machinery has failed.