Ocean freight rates have increased more than 91% in a year 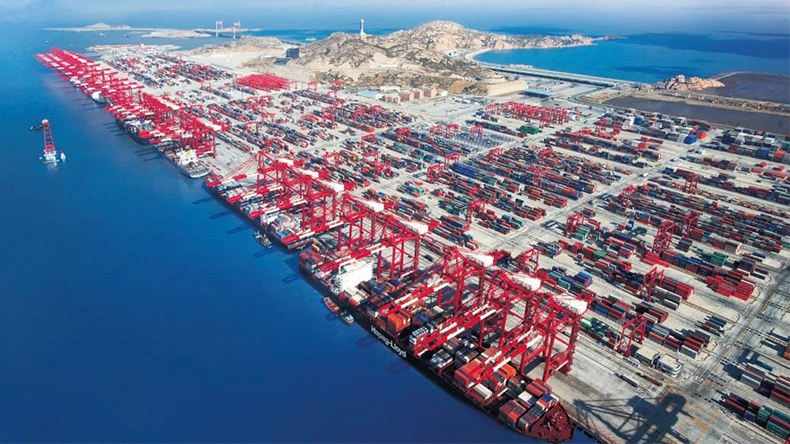 Xeneta’s Long-Term XSI® Public Indices today revealed yet another monthly hike in long-term ocean freight rates, with global container prices climbing by 3.2%. The development follows a 2.2% increase in August and an unprecedented 28.1% jump in July, leaving rates now standing 91.5% up year-on-year. What’s more, comments Oslo-based Xeneta, there is little evidence to suggest a weakening of market fundamentals – meaning there could be more pain in store for shippers, with colossal profits looming for carriers.

“This year has seen a unique convergence of COVID-19 disruption, port congestion, strong demand and maxed-out capacity, and that has stoked the flames of record-breaking rates,” explains Xeneta CEO Patrik Berglund. “The global supply chain is under immense pressure and desperate shippers have no choice but to pay up to secure deliveries, or at least try to, ahead of key trading periods such as Christmas. It’s a crazy market out there.”

While Berglund notes that the carriers are “sitting pretty” in this situation – here he points to Maersk recently upgrading its EBITDA estimate from USD8.5-10.5bn to a stunning USD22bn-23bn – he also says shippers are trying new strategies to circumvent one-sided negotiations and retake a sense of control.

“This year we’ve seen the emergence of larger retailers chartering their own vessels to ensure both reliability in the supply chain and a degree of cost control,” he notes. “September saw yet another major shipper resort to what some see as a drastic measure, with the John Lewis Partnership partnering with an as yet unnamed freight forwarder to take on its own ships. This is a direct response to a market in overdrive, but one wonders if this type of approach could signify a new way of working, in the long-term, for shippers sick of being held to ransom.”

For the time being, however, Xeneta says carriers are calling the tune, with major newbuild capacity injections still some way off (around 400 container vessels have been ordered so far in 2021), while a 7-8% growth in global container volume is anticipated. With such a lop-sided playing field carriers are aiming to secure elevated rates by locking customers into more long-term contracts (now 60% of Maersk’s bookings) and hedge future revenue. Some leading players are even offering multi-year deals, with the benefits of additional volume options, or stable, guaranteed shipments.

“Shippers are treading carefully in this regard,” says Berglund, “but there is some appetite for longer-term commitment – raising the question of whether both parties might look beyond the traditional tender?”

He continues: “Another change of approach is exemplified by CMA CGM’s bold, recent move to freeze spot rate increases from now through to February. However, with rates already so high there’ll no doubt be many shippers viewing this as ‘crumbs from the rich man’s table’… and let’s see if any freezes do take hold within the broader carrier community.

“One thing is certain though; something has to be done. Current carrier profitability levels are not sustainable, nor are they in the carriers’ long-term interests. With such high-profits the seed is sown for challenges to the status quo, with new industry entrants or more direct cargo owner action, such as chartering. The carriers simply don’t want that.”

The latest XSI®, which is based on crowd sourced real-time rates from leading shippers, delivers an in-depth regional breakdown of market fortunes for key trades – with fortunes being the operative word. In Europe imports on the XSI® rose by 3.9% in September, meaning the benchmark has appreciated 132.5% year-on-year. Exports also increased, edging up by 1.3%, now 51.7% higher than this time last year.

In the Far East imports fell for the first time since March, but only by 0.7%. This still leaves the index 49.8% up year-on-year. Exports continued to power along in the right direction, with rates showing a 5.1% increase, up 126.8% against September 2020. Meanwhile, in the US imports rose by just 0.6%, although strong recent growth leaves the benchmark 67.3% up year-on-year. Exports grew by the same margin, with the index now a (relatively modest) 20.7% up against this point last year.