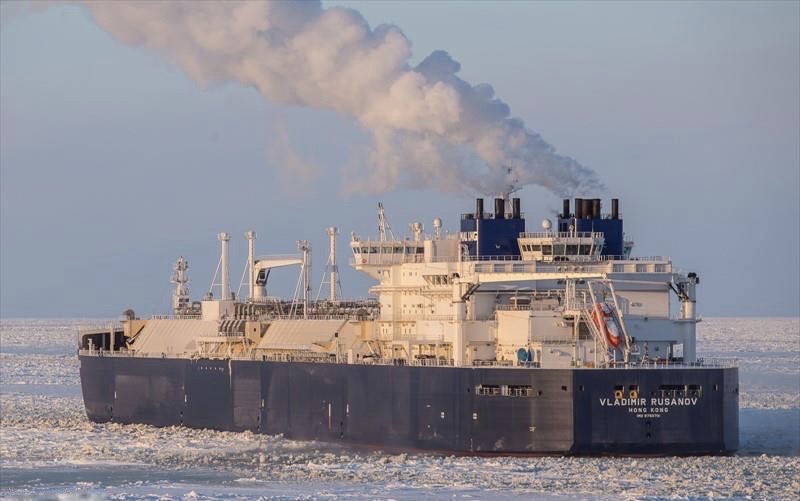 Global Ice Center Weathernews Inc. published its review of Arctic Ocean ice conditions for 2020 and they observed that the Northeast Passage, the Russian side of the Northern Sea Route (NSR), was open for a record 88 days.

Sea ice is usually at its peak surface area in February or March of each year, and at its smallest in September. This summer, the Arctic region saw record-breaking heat, and the sea ice area around Russia decreased more significantly than usual. In addition, the year’s smallest sea ice area was observed in September, at 3.55 million square kilometres, which was the second smallest since the start of observations in 1979. 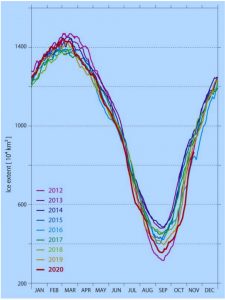 Nevertheless, the conditions were not seen across the region with Weathernews pointing out that the Northwest Passage, the Canadian side of the NSR, did not open at all this year. On the other hand, Russia has been developing extensive gas shipping operations across its Arctic coastline, much of which came on stream this year.

“Regular use of the NSR has increased in recent years, and LNG carriers are actively transporting liquefied natural gas produced in the Arctic Ocean. For ships travelling between Asia and Europe, taking the NSR reduces the travel distance to about two thirds that of travelling via the Suez Canal, and around half that of sailing via the Cape of Good Hope,” Weathernews noted. 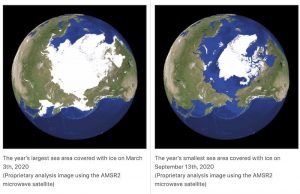