The bitter, prolonged dispute between Port of Montreal employers and waterfront workers has deteriorated with checkers joining dockers in taking strike action – and prompting a cry of alarm from the powerful freight industry association that is the national voice of shippers in Canada. It is the third job action this month of limited duration on the Montreal waterfront.

“The growing uncertainty is really worrisome for both importers and exporters and for the image of stability at Canada’s second largest port,” Bob Ballantyne, President of the Freight Management Association of Canada (FMA) told Maritime Magazine in an interview.

“If the two sides cannot come to a settlement, the ripple effect on the Canadian economy will increase and the only fall-back could be for the federal government to step in with back-to-work legislation,” he said.

But Mr. Ballantyne suggested that in calling strikes of limited duration the waterfront unions appeared to be trying to avert any direct government intervention. 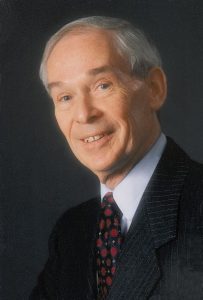 The FMA represents the transportation interests of companies that contribute more than $100 billion annually to the Canadian economy. Members purchase over $4 billion a year in transportation services.

The union representing some 175 checkers, International Longshoremen’s Association 1657, announced late Tuesday that strike action against the Maritime Employers Association (MEA) will start Friday July 31 at 6.00 am and end Saturday, August 1 at 6.00 am. The job action by the checkers will, thus, begin at the very same time that the four-day strike by more than 1,100 longshoremen ends. It marks the first time in more than 30 years that ILA Local 1657 has resorted to strike action, the union indicated.

Excluded from both work stoppages are liquid bulk handling, grain operations and the Oceanex shipping service with Newfoundland and Labrador. But general cargo, other bulk and container terminal operations are affected.

“The Maritime Employers Association, which represents Terminal Operators, has failed to recognize and deal with many issues affecting the job security of the Members of ILA Local 1657,” affirmed Ian Mulcahy, President.

“The Terminal Operators have commenced introducing technology which is specifically designed to eliminate the jobs and the security of Checkers. In addition, issues of scheduling, hours of work and other substantive issues remain unresolved and continue to keep the parties apart from concluding a Collective Agreement.

“The men and woman of ILA Local 1657 have continued to work 7 days a week throughout the COVID-19 pandemic to maintain the supply chain, risking their own health and safety and those of their families while the MEA announced that it was eliminating « job security provisions » of the Collective Agreement, leaving a number of employees without pay.

Mr. Mulcahy charged that this move was a “planned act of provocation” which “clearly demonstrated the MEA’s lack of respect for union members and their negotiated rights.”

Following the continued deadlock in negotiations, dock workers belonging to CUPE Local 375 launched a four-day strike on Monday of this week to renew a collective agreement which expired on December 31, 2018. This followed a 40-hour work stoppage on July 2 which applied only to the two container terminals of Montreal Gateway Terminals Partnership. The dispute reportedly mainly centres on work schedules that have placed exceptional demands in the past two years as a result of strong growth especially in Montreal’s container sector.

Earlier this week, CUPE 375 spokesman Michel Murray asserted “the employer has removed the work-life balance part we were looking for.”

At a press conference, Mr. Murray said the purpose of the strike action was “to force movement in negotiations, but it is clear that the only response we got this morning (Monday) is the use of strike-breakers.” The latter was an apparent reference to one terminal operator, which he named as Termont, using some managerial staff to operate “certain pieces of machinery.”

The Port of Montreal has expressed concern over the labour conflict and potential impact on ship traffic while the MEA has stressed it is “extremely disappointed” over strike actions as opposed to continuing negotiations.

The waterfront union strike actions have come on the heels of a decision by the Canada Industrial Relations Board on a ruling sought by the MEA that dockers provided an essential service that could not be interrupted by a strike. The CIRB ruled that the maritime employers had not demonstrated that a strike would cause “imminent and serious risk to the health and safety of the public.” It pointed to alternative routings and modes for cargo transport.