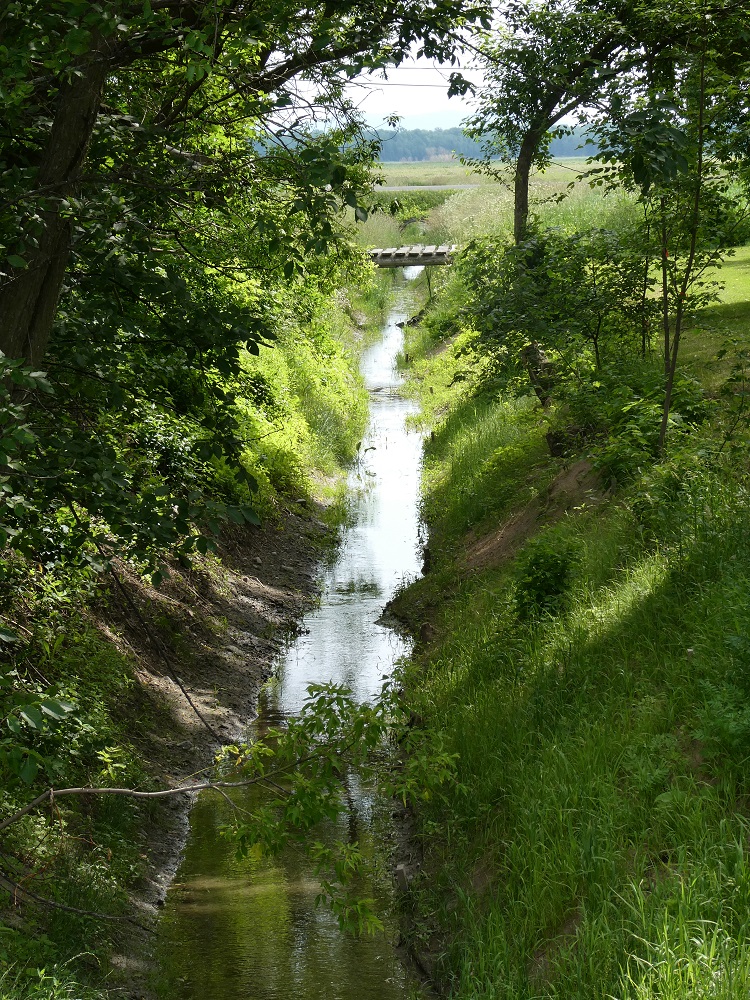 Contrecoeur – The Montreal Port Authority (MPA) announced that it has mandated the Fédération de l’Union des producteurs agricoles de la Montérégie (UPA Montérégie) to conduct an intervention program on agricultural practices along the watershed of the Bergeron and Séraphin-Choquette streams near the Richelieu River, upstream from a copper redhorse spawning site. The program is aimed at improving water quality and shoreline management to foster a habitat conducive to the survival and development of this fish species, given that the Richelieu River is the only river where it is known to spawn.

This announcement is part of the Port of Montreal’s Contrecœur expansion project, which includes the MPA’s commitment to implement a plan to mitigate environmental effects of the project. Under the agreement signed last March, valued at close to $800,000, experts from UPA Montérégie recently began a three-phased project. They will take action over the next five years to characterize the territory, propose sustainable agricultural practices and support their implementation.

To carry out the mandate, UPA Montérégie will use its multidisciplinary land use and regional development team composed mainly of biologists and agronomists. UPA Montérégie has been active in copper redhorse habitat management initiatives since 2009.

“The Fédération de l’UPA de la Montérégie is pleased with the agreement reached with the Montreal Port Authority which will allow, in collaboration with the agricultural producers of the Bergeron and Séraphin-Choquette streams’ watersheds, to improve water quality and to implement sustainable agricultural practices for the benefit of the copper redhorse”, declared Julien Pagé, 1st Vice President of UPA Montérégie.

“The Montreal Port Authority and the Union des producteurs agricoles have been partners for several years. So, we are enthusiastic about continuing this collaboration. The work of UPA Montérégie will enable us to implement practical solutions, and will support our objective to make our Contrecœur expansion an exemplary project in terms of sustainable development,” added Paul Bird, Vice President, Contrecoeur for the Montreal Port Authority.

The approach will include establishing technical solutions on farmland, for example, managing pollutants such as nitrates and pesticides, reducing runoff through agri-environmental practices, creating riparian buffers, and raising awareness among local agricultural producers upstream. In 2016, UPA Montérégie launched the ALUS Montérégie program, which annually helps preserve ecosystems and financially supports farmers in their efforts to protect the environment. In 2020, the MPA became a Gold Partner of the ALUS Montérégie program for five years.

The MPA plans to use a series of measures as part of its compensation plan surrounding the environmental effects of its Contrecœur expansion project. For the copper redhorse, these measures include a project to restore two hectares of seagrass beds used as feeding habitat for copper redhorse adults, twice the quantity of seagrass beds that will be affected. The introduction of an awareness program for river users on the copper redhorse, bank erosion and good boating practices, as well as a research project to improve knowledge on copper redhorse reproduction, are also planned. Other current and future initiatives aim to ensure minimal impact of the Contrecœur project on aquatic and terrestrial ecosystems.

Photo: Head of Séraphin-Choquette stream, upstream of the 4th Range culvert, in the territory of Mont-St-Grégoire, one of the sectors targeted by the UPA Montérégie’s mandate for the Montreal Port Authority.