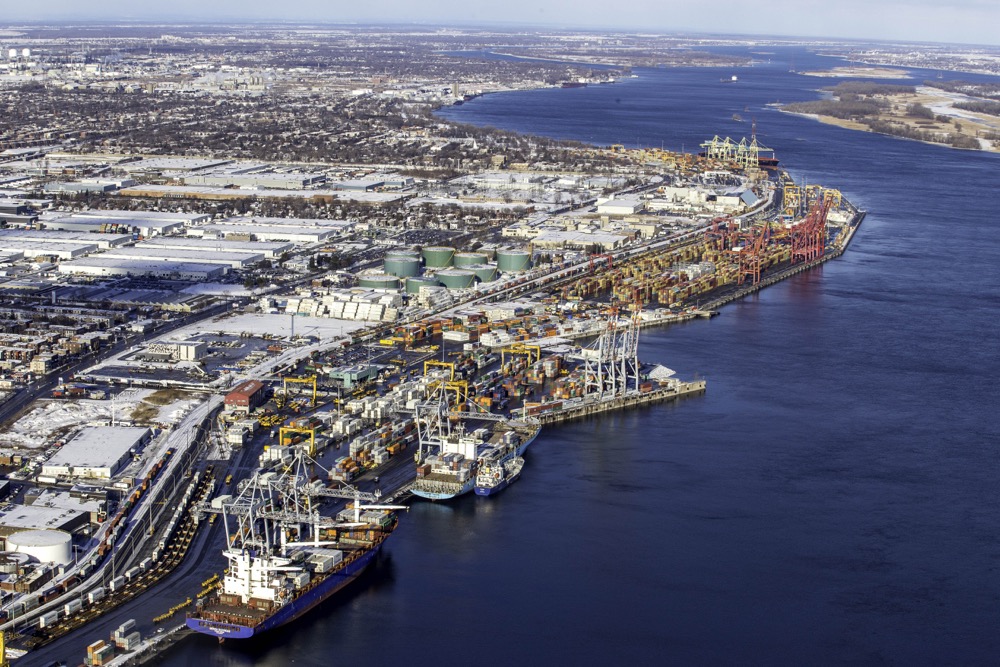 The main container terminal operators at the Port of Montreal have served notice of a complete shutdown of their operations for one day, starting Friday, July 31 at 7.00 a.m. in response to violent incidents involving striking dockers.

“In light of the violent acts against terminal operator employees on Wednesday, July 29th, MGT and Termont have mutually agreed that they must ensure the safety of its personnel and facilities,” it was announced. “As a result we are advising our partners that despite our best efforts to service the supply of goods, there will be no operations tomorrow Friday, July 31st.”

“Since the start of negotiations, the MEA (Maritime Employers Association) has been working to ensure a healthy, safe and violence-free work environment for all Port of Montreal stakeholders and they along with the terminal operators intend to continue to work in this direction,” the statement said.

The bombshell announcement late today (Thursday) reflected the rising waterfront tensions at Canada’s second-largest port whose 1.7 million TEU container cargo serves large markets in Central Canada and the U.S. Midwest. The uncertainty has resulted in at least half a dozen vessels facing delays or reviewing their port call strategies.

The 1,100 members of the CUPE 375 longshore union have been on a four-day ‘pressure tactic’ strike which is slated to end at 6.59 a.m. on July 31. Negotiations have broken down for a new collective agreement to replace the one which expired on December 31, 2018.

The facilities closing down are those operated by Montreal Gateway Terminals Partnership (Racine and Cast terminals), and by Termont, which runs the Viau and Maisonneuve terminals. Termont is owned by Logistec Stevedoring, Cerescorp Company and Terminal Investment Limited and has a long-term contract with Mediterranean Shipping Company.  Global shipping lines calling at the MGT terminals include Hapag-Lloyd, Maersk, CMA CGM, OOCL, MSC, COSCO, and Hamburg-Sud.

“Despite our best intentions of service to stakeholders and to deliver emergency cargo under COVID-19 conditions, we must regrettably close to protect the safety and security of employees,” an industry representative who asked to remain anonymous told Maritime Magazine. “The unacceptable acts  portend a devastating impact on the Port of Montreal and the Canadian economy. Some of our members have even been assaulted in their own vehicles without provocation.”

Earlier today, Martin Tessier, President of the Maritime Employers Association, called a press conference to condemn an incident that occurred on Wednesday evening. Montreal police are investigating the confrontation near Olympic Stadium between longshoremen and some two-dozen management staff who had done replacement work at a Termont terminal. (photo MPA)