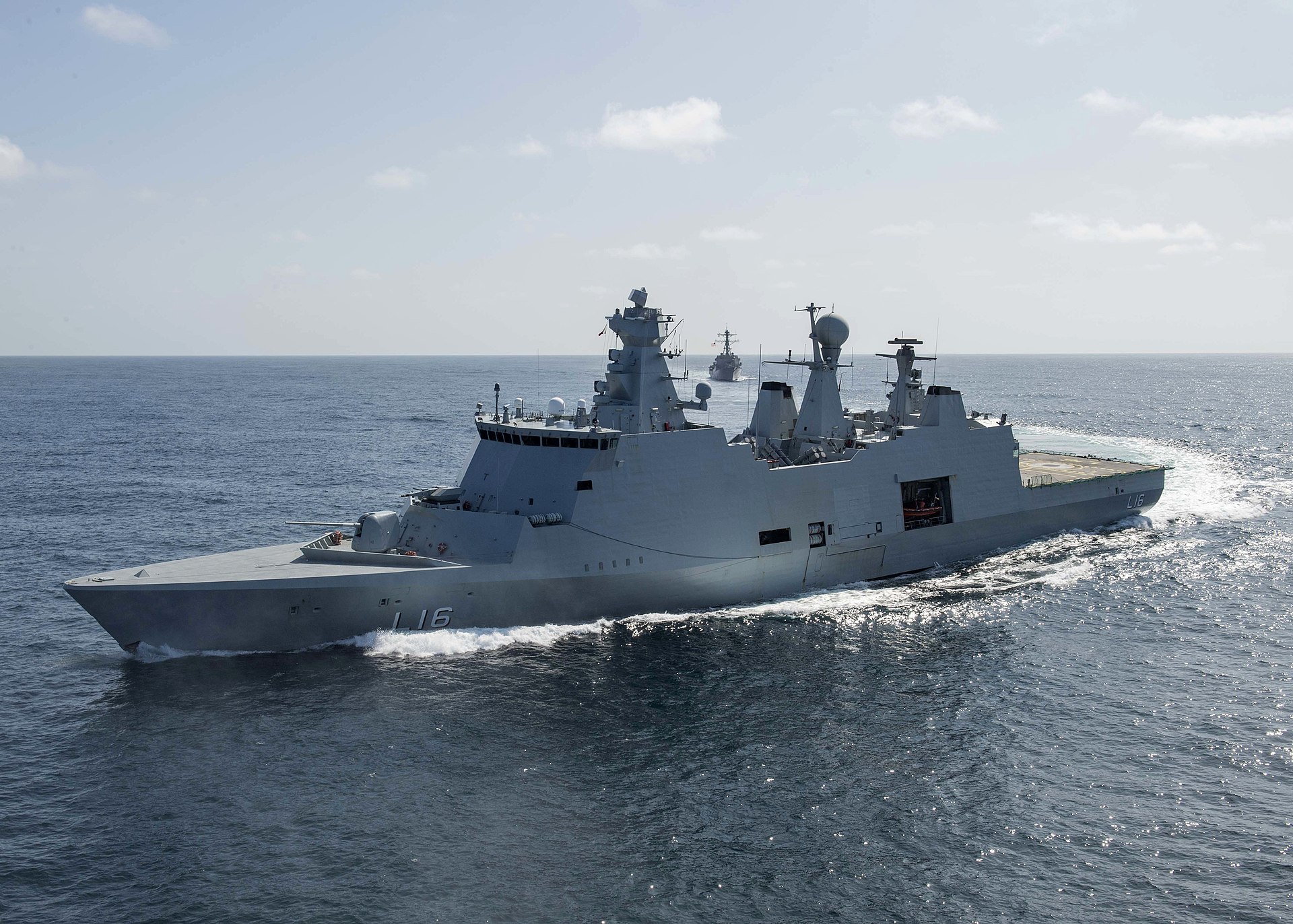 A Danish Absalon class frigate is scheduled to head south for the Gulf of Guinea, off the coast of West Africa, in the autumn.

The area is heavily plagued by piracy and kidnappings, and is rightly described as the world’s most dangerous waters. That is why Metal Maritime is happy with the decision to send a Danish frigate to the area.

Ole Philipsen, chair of the Metal Maritime union organization, says: “It is good that Denmark, as one of the world’s leading maritime nations, is taking its share of the international responsibility for protecting ships and seafarers from piracy. We owe that to the crews on board.”

On average, 30-40 Danish-operated ships sail in the Gulf of Guinea on a daily basis, and three Danish merchant ships have been attacked by pirates in the area in recent months.

Danish Shipping has worked hard to increase security for the merchant fleet, and so Anne H. Steffensen, CEO, is grateful for the decision.

She says: “The multiple attacks in the Gulf of Guinea are what have kept us awake at night for many months now, and our highest priority is to do something about the safety of seafarers and merchant ships. No seafarer should be afraid to turn up for work. Everyone must be confident about coming home unharmed.”

The Gulf of Guinea is a large area, and pirates often operate far off the coast. They deliberately target the kidnapping of crew members in order to demand a ransom. More than 95% of all kidnappings at sea last year took place in the Gulf of Guinea.

“We have had good dialogue with the Minister of Defence and the authorities about this untenable situation, and I believe I speak on behalf of the whole industry when I say we are grateful that the government is now putting words into action,” says Anne H. Steffensen.

The Danish frigate is equipped with a Seahawk helicopter, and will be able to deploy special operations forces from the frigate’s maritime task force if necessary. The task force is trained to carry out rescue operations on hijacked ships.

“The Danish warship will undoubtedly make a big difference. Denmark is moving ahead and leading the way, and I hope and believe that this can have a contagious effect on other countries. It has not gone unnoticed internationally that the Danes are very active in solving the problem,” says Anne H. Steffensen.

In January, Denmark appointed a new special representative for maritime security, Jens-Otto Horslund, and increased support for the fight against maritime crime by DKK 10 million.

The Danish Defence Intelligence Service states in its most recent risk assessment for 2020 that the underlying causes of piracy are not expected to change positively in the short to medium term. Nor does it expect Nigeria and the other countries to be able to intervene effectively against the pirates.

In 2020, a total of 130 kidnappings were recorded*, the highest number the International Maritime Bureau has ever seen in the area.