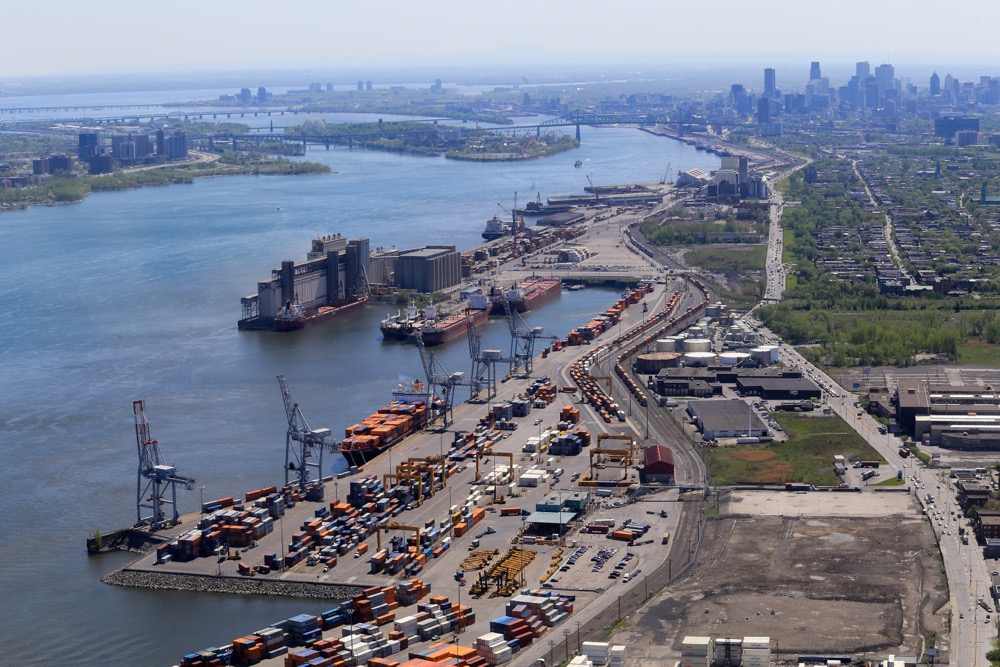 The union representing more than 1,100 longshore workers at the Port of Montreal has served notice that it will strike for 40 hours starting at 3 pm on Thursday, July 2 against the two terminals of Montreal Gateway Terminals Partnership, largest container operator at Canada’s leading east coast port. MGT’s Racine and Cast terminals account for more than half of total Montreal container cargo of 1.7 million TEUs. Seventeen other general cargo and bulk terminals at the Port of Montreal are not slated to be affected.

The strike by local 375 of the Canadian Union of Public Employees(CUPE) follows the ruling on June 9 by the Canadian Industrial Relations Board (CIRB) denying the request of the Maritime Employers Association (MEA) to designate port services as “essential services” which could not be interrupted by a strike or lockout. It comes as Montreal, like many other ports around the world, is feeling the fall-out in terms of declining cargo of the COVID-19 pandemic.

Negotiations had resumed after the CIRB ruling to conclude a new collective agreement replacing a six-year contract that expired on December 31, 2018. On several occasions, the longshore union voted by a big majority to go on strike – but held back until now. Working conditions are reported to be a major issue that have deadlocked the prolonged negotiations.

In a statement, Tony Boemi, vice-president of growth and development for the Port of Montreal said: “These pressure tactics, exercised by the Longshoremen’s Union, will last 40 hours. Consequently, the Port of Montreal and its partners expect to be able to resume activities as soon as Saturday, July 4 at 7 a.m. Efforts will be made to make up for the delays that will be caused by this exceptional situation.”

The Montreal Port Authority says it is monitoring the situation and expressed hope that the employer of the longshoremen, the Maritime Employer’s Association, and the Union will be able to come to an agreement quickly.

The last waterfront labour conflict to hit Montreal was when employers locked out dockers for several days in July 2010, inducing some ocean carriers to provisionally divert vessels to Halifax.

The MEA expressed strong disappointment over the union strike decision. “With contract negotiations with the CUPE 375 going well, the Maritime Employers Association was not only surprised but disappointed by the decision by the executive committee of the longshore union to pursue pressure tactics against two terminals at the Port of Montreal. A 72-hour strike notice which was presented yesterday notified the terminal operator that a strike tactic will commence Thursday July 2 at 1500 through Saturday 0659.”

The MEA stressed it “continues to believe in the actual process of negotiations and wishes to reach an agreement that will be mutually beneficial. The executive committee decision now forces the Association to consider different possible options, even if negotiation is still the preferred option. Detailed information will be shared with our partners in the coming days.”

In its ruling, the CIRB concluded that “imminent and serious risks to the health and safety of the public” in the event of a strike have not been demonstrated by the port employers. It affirmed that other cargo transportation alternatives existed such as railways, trucks and planes should dockers call a strike. While acknowledging a strike affecting port operations would have economic repercussions, the CIRB said the right to strike is protected by the Labour Code.