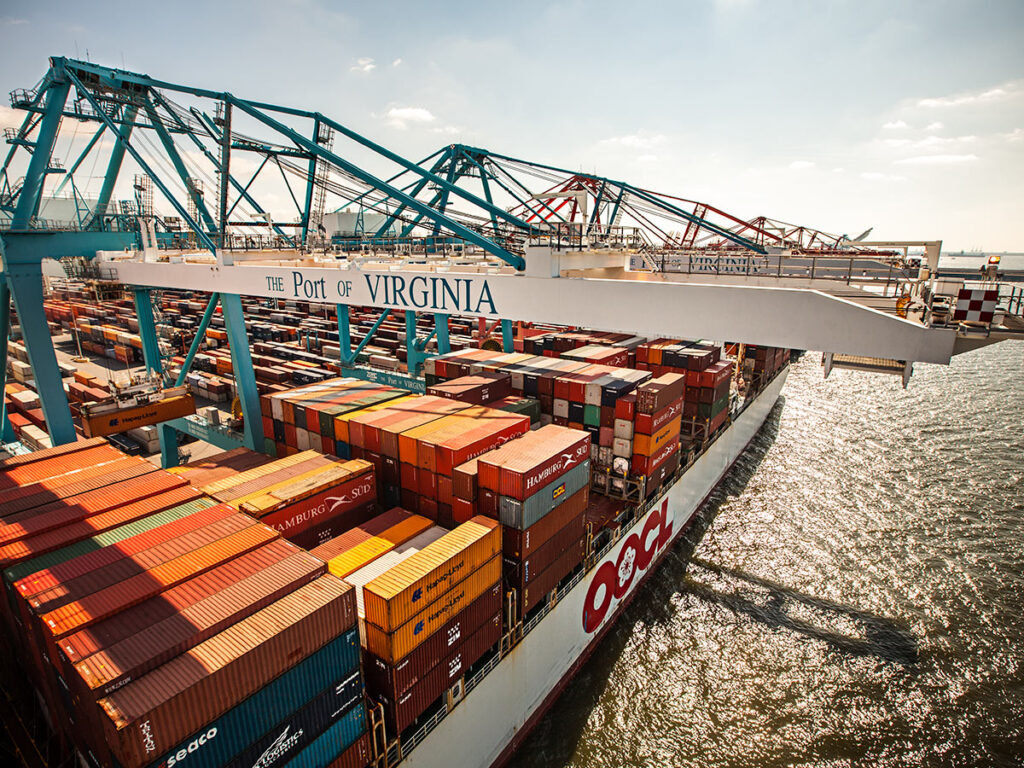 Norfolk, VA — The recently approved federal work plan contains the final piece of funding for The Port of Virginia’s dredging project that will create the deepest and widest shipping channels on the US East Coast by late 2024.

The work plan released last week by the US Army Corps of Engineers allocates funding from the Infrastructure Investment and Jobs Act, also known as the Bipartisan Infrastructure Law, and contains $72 million for the dredging project. The federal government and the port agreed to a 50-50 cost share of the project at its outset in 2015 when the US Army Corps of Engineers began evaluating the economic value of a deeper and wider Norfolk Harbor and commercial shipping channel. The estimated cost of the project is $450 million.

“This project, combined with the investments we are making at our terminals, tells the supply chain that The Port of Virginia is preparing for the future,” said Stephen A. Edwards, CEO and executive director of the Virginia Port Authority. “The container ships must have deep water to safely operate and two-way movement of big ships, unrestricted by tide or channel width, is a significant long-term competitive advantage that adds capacity for Virginia.”

Mr. Edwards said the success of the project has been driven by the long-term support it has received from Virginia’s Congressional delegation, the Virginia Legislature, the Norfolk District of US Army Corps of Engineers and the Virginia Maritime Association.

“I am thrilled to see the Bipartisan Infrastructure Law continuing to deliver wins for Virginia,” said US Sen. Mark R. Warner (D-VA). “The Norfolk Harbor deepening and widening project will enable safe, two-way traffic in and out of Norfolk Harbor that will support increased commercial activity at The Port of Virginia. The port is one of the most powerful economic engines in the Commonwealth that also plays an integral role in American commerce and trade.”

“The Infrastructure Investment and Jobs Act continues to deliver major wins for Hampton Roads and Virginia by fully funding the federal share of the Norfolk Harbor deepening and widening project,” said US Rep. Bobby Scott (D-VA), a long-time supporter of the project.

The dredge work began in December 2019, nearly two-and-a-half years ahead of schedule. The port’s preparation for the project, its collaboration with the US Army Corps of Engineers, the support of elected officials and the state’s willingness to fully-fund the project ahead of the federal investment were factors behind the early start of construction.

The work includes dredging the shipping channels to 55 feet – with deeper ocean approaches – and widening them up to 1,400 feet in specific areas. When dredging is complete in 2024, the commercial channels serving the Norfolk Harbor will be able to simultaneously accommodate two, ultra-large container vessels.

“Modern container terminals served by deep, wide channels and the ability for cargo to reach important markets by rail truck and barge positions The Port of Virginia to be the East Coast’s premier trade gateway,” Mr. Edwards said. “This will fuel cargo growth, job creation and economic investment across the Commonwealth for decades to come.”