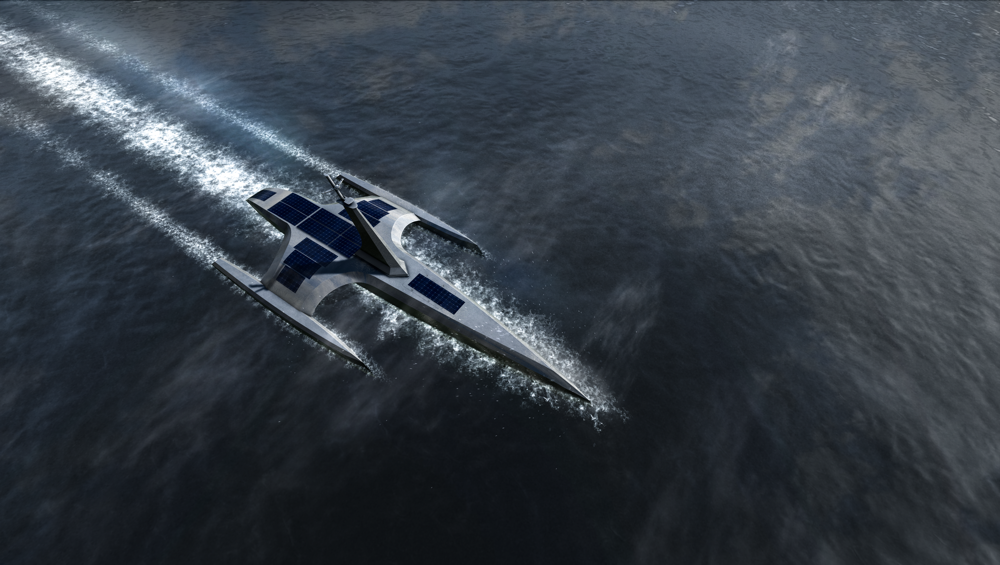 Powered by AI and the energy from the sun, the Mayflower Autonomous Ship (MAS) will be able to spend vast periods of time at sea, collecting data about our oceans. Said to be safer, more flexible and cost-effective than today’s manned research vessels, the new-generation Mayflower promises to transform ocean science, enabling scientists to gather the data they need to understand critical issues such as global warming, ocean plastic pollution, over-exploitation and the impact on important species such as marine mammals.

The Mayflower Autonomous Ship, led by marine research organization Promare, with IBM as technology partner is set to be officially launched on September 16th in Plymouth, UK. Scheduled for this Spring, the launch was delayed by the Corona-virus.

Following six months of sea trials while undertaking various research missions, the 15-meter long trimaran which only weighs 5 Tons will trace the route of the original 1620 Mayflower to commemorate the 400th anniversary of the famous voyage. Sailing from Plymouth, UK to Plymouth, Massachusetts with no human captain or onboard crew, it will become one of the first full-sized, fully autonomous vessels to cross the Atlantic. The mission will further the development of commercial autonomous ships and help transform the future of marine research.

Powered mainly by wind and solar energy the crossing is expected to take twelve days, although the trimaran is designed to achieve a speed of around 20 knots.

« While the autonomous shipping market is set to grow from $90BN today to over $130BN by 2030*, many of today’s autonomous ships are really just automated – robots which do not dynamically adapt to new situations and rely heavily on operator override, » said Don Scott, CTO of the Mayflower Autonomous Ship.  « Using an integrated set of IBM’s AI, cloud, and edge technologies, we are aiming to give the Mayflower the ability to operate independently in some of the most challenging circumstances on the planet. »

The UK’s University of Birmingham will be responsible for the use of virtual, augmented, and mixed reality technologies in the MAS mission while the scientific research work is to be coordinated by the University of Plymouth, UK. They will be analyzing water samples from MAS as it sails across the Atlantic to understand more about the origin, distribution, and potential impact of microplastics in the ocean. 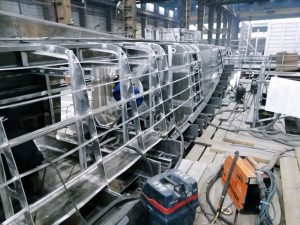 The modular vessel was constructed in Gdańsk, Poland, using aluminum and composite materials and dispatched before the coronavirus crisis struck and has been safely brought to the UK in segments, arriving only just after the lockdown was enforced.

It was assembled at M Subs, where the firm’s daughter company Marine AI has created the computer technology in partnership with global tech giant IBM.

Over the past two years and a half, the Mayflower team has been training the ship’s AI models using over a million nautical images collected from cameras in the Plymouth Sound in the UK as well as open source databases. To meet the processing demands of machine learning, the team used an IBM Power AC922 fuelled by IBM Power9 CPUs and NVIDIA V100 Tensor Core GPUs, the same technologies behind the world’s smartest AI supercomputers. Now, using IBM’s computer vision technology, the Mayflower’s AI Captain should be able to independently detect and classify ships, buoys and other hazards such as land, breakwaters and debris. 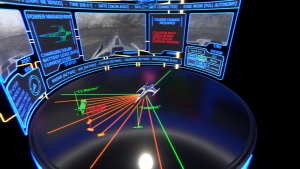 As the Mayflower will not have access to high-bandwidth connectivity throughout its transatlantic voyage, it will use a fully autonomous IBM edge computing system powered by several onboard NVIDIA Jetson AGX Xavier devices. While at sea, the Mayflower will process data locally on NVIDIA Jetson, increasing the speed of decision making and reducing the amount of data flow and storage on the ship.

« Edge computing is critical to making an autonomous ship like the Mayflower possible. The Mayflower needs to sense its environment, make smart decisions about its situation and then act on these insights in the minimum amount of time – even in the presence of intermittent connectivity, and all while keeping data secure from cyber threats, » said Rob High, VP and CTO for Edge Computing, IBM.

Brett Phaneuf, Founding board member of ProMare and Co-Director of the MAS, said there will effectively be “a dozen little computers with cameras” on the ship “each sending data to the central processing area.”

“The ship can work with no connection at all with humans,” he said.

However, it will be monitored from Plymouth and the USA, but the idea is for the computers to do the work of driving and steering the MAS so humans can busy themselves with dealing with the mass of data the ship will send back about the ocean and environment.

As well as following the overall mission objectives to reach Plymouth, Massachusetts, in the shortest amount of time, the AI Captain will draw on IBM’s rule management system (Operational Decision Manager – ODM) to follow the International Regulations for Preventing Collisions at Sea (COLREGs) as well as recommendations from the International Convention for the Safety of Life at Sea (SOLAS). Used widely across the financial services industry, ODM is particularly suited to the Mayflower project as it provides a completely transparent record of its decision-making process, avoiding ‘black box’ scenarios.

As the weather is one of the most significant factors impacting the success of the voyage, the AI Captain will use forecast data from The Weather Company to help make navigation decisions. A Safety Manager function (running on RHEL) will review all of the AI Captain’s decisions to ensure they are safe – for the Mayflower, and for other vessels in its vicinity.

With files by IBM and BusinessLive