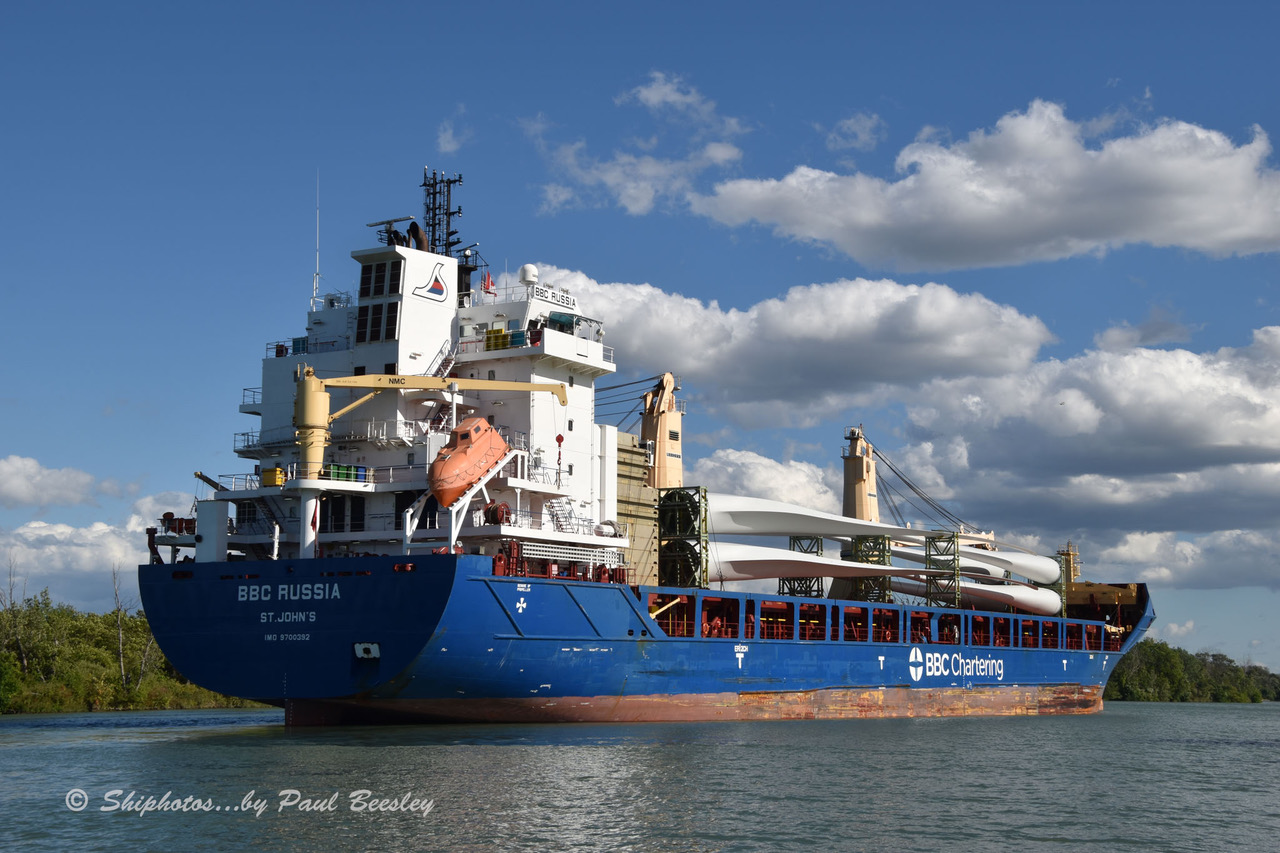 As ports along the Great Lakes-St. Lawrence Seaway System continue to ride the waves of the 2020 shipping season, industry experts see better prospects for the remainder of the season thanks to a surge in project cargo and grain shipments.

According to the latest figures, cargo volumes through the St. Lawrence Seaway (from April 1 to August 31) totalled about 19.3 million tons, down 8 percent from a year ago. Canadian grain continues to have an excellent year, up 20 per cent year-over-year through August.  Other key cargo segments continue to be impacted negatively by the pandemic, with year-to-date iron ore (down 23%), dry bulk (down 11%), and liquid bulk (down 23%).

“Canadian grain has helped Seaway totals immensely, as well as project cargo which is up over 160 percent from this time last year, as many U.S. ports receive wind turbine components and other machinery,” explained Bruce Burrows, President and CEO of the Chamber of Marine Commerce. “While some key commodities remain down, we are expecting good harvests across the U.S. Mid-west and Canada. The Seaway is poised for a big push of grain exports right up to the end of the year. In these precarious times, this binational transportation corridor will be more essential than ever to the economic recovery of both the United States and Canada.”

Among Canadian ports, Thunder Bay on the tip of Lake Superior is continuing to show increased activity in both grain and project cargo. The large laydown area is notably attracting oversized cargo for two large Prairie wind turbine projects.

The Port of Monroe in Michigan has been benefitting from its largest project in its history this season, handling 14 vessels delivering a total of 560 wind turbine segments from Becancour, Quebec, for General Electric’s wind energy efforts in the state. The project has helped offset the pandemic-related scarcity of cargoes at the beginning of the season.  General Electric has a partnership with Monroe-based Ventower, which has produced several wind energy components for the company. Ventower has long used the port to move its products.

“If there is one word that defines the Port of Monroe during these challenging times it is “resilient.” In the midst of ever evolving economic and social climate, our team has adapted to new protocols and reinforced longstanding relationships leading to the Port’s most prosperous year in its history,” says Paul LaMarre III, Port Director.  “As the home to one of only 4 wind tower manufacturers in the U.S., Ventower Industries, the Port has become a regional congregation and distribution hub for GE Wind.”

In July, the Port of Toledo’s tonnage lagged behind 2019 totals by 15 percent; however, the gap was narrowed in August to 8 percent as the port surpassed 5 million tons for the year. The Port welcomed a parade of ocean vessels to Toledo importing and exporting a diverse array of cargo from furnace pieces to liquid fertilizer.

After an early summer surge, maritime tonnage through the Port of Duluth-Superior slowed atypically in August, amidst a tepid recovery from COVID-induced lows.Total volume stood 31 percent behind the 2019 pace through Aug. 31, driven primarily by sharp declines in coal and iron ore tonnage.

“If this pandemic-plagued shipping season was a prospector’s pan, there’d be a lot of black sand and only a few golden nuggets,” said Deb DeLuca, executive director of the Duluth Seaway Port Authority. “But even a few golden nuggets are cause for excitement, and we’re certainly pleased to see strong grain numbers and potentially record-setting success with wind cargoes.” (photo Paul Beesley)